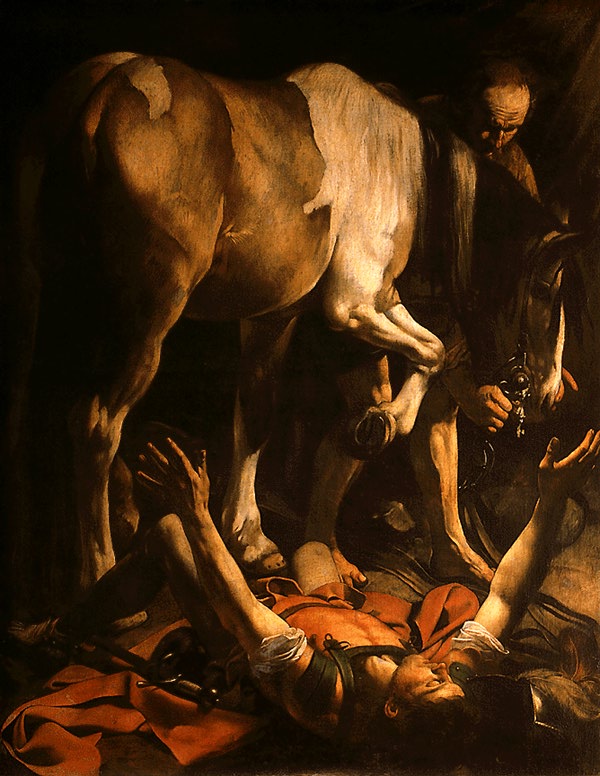 THERE are three words which I feel describe the current battle many of us are going through: Distraction, Discouragement, and Distress. I will write about these shortly. But first, I want to share with you some confirmations I have received.

THE COMING “ROAD TO DAMASCUS”

On his journey, as he was nearing Damascus, a light from the sky suddenly flashed around him. He fell to the ground and heard a voice saying to him, “Saul, Saul, why are you persecuting me?” He said, “Who are you, sir?” The reply came, “I am Jesus, whom you are persecuting. (Acts 9:3-5)

As St. Paul suddenly faced a merciful moment of illumination, so too do I believe this may soon be coming upon humanity.  Since writing Signs From the Sky, several readers have confirmed this sense of a coming “illumination of conscience.”

I spoke with one of my colleagues by phone who has no access to a computer. She had the following experience in prayer on the day I posted Signs From the Sky:

I was praying when all of a sudden I saw what looked like a spear being raised, and then a beam of light came from it towards me. For an instant, I began to see my sinfulness… and then this “illumination” stopped, and I felt God’s presence. I had a sense that there was more to come, not only for myself, but for the whole world.

Consistent is this theme of a “rider upon a white horse” with a “spear.” From a reader:

In the very early morning of November 3, I had a brief dream in this form:  There were several frames of images in a strip, kind of like a comic strip. The image in each frame was in silhouette and each one depicted a horse and rider.  The rider carried a spear and was seen in each frame in a different pose, but always as if in battle.

And from another reader who had a similar dream on the same night:

Saturday night, in the middle of the night, I awakened and experienced the presence of Jesus on the White Horse, His Glory and sheer POWER were awesome. He then reminded me to read the Psalm 45: Song for a Royal Wedding, which I can hardly read for the emotion it solicits in my heart!

Gird your sword upon your hip, mighty warrior! In splendor and majesty ride on triumphant! In the cause of truth and justice may your right hand show you wondrous deeds. Your arrows are sharp; peoples will cower at your feet; the king’s enemies will lose heart. (Psalm 45:4-6)

This mother relates an experience her son had within the last six months:

One morning I was sitting on my bed praying when my son came in and just sat for awhile with me. I asked if he was okay, and he said yes (it was not his custom to come into my room and see me before going down for breakfast.) He seemed very quiet.

Later that day, I had been thinking about when and what to tell my son as he got older regarding the signs of the times. At one point in the day, my son came and told me he had a weird dream. He told me in his dream he saw his soul.  He said it was very difficult and when he woke up he was so scared he could not get out of bed for fear of sinning! That is why he came into my room—but he was not ready to tell me about it then. Anyway we discussed it for awhile, and then I just felt like God was telling me not to worry about telling my children about possible things to come, that He, Himself would prepare them and take care of them as long as I continued to lead them to Him.

I believe the “warning” has already begun for many souls. I have heard over and over again how fellow believers are experiencing painful and very difficult trials. In God’s mercy, those who have been responding to the signs of the times have been, I believe, entering into trials which are revealing inner strongholds and sinful structures which need purifying. It is painful. But it is good. Better that these things come out now, bit by bit, than all at once when the actual warning or “Day of Light” comes. Better that the house be repaired room by room than the whole edifice be torn down to be rebuilt.

The consciences of this beloved people must be violently shaken so that they may “put their house in order”… A great moment is approaching, a great day of light… it is the hour of decision for mankind. —Maria Esperanza, mystic; (1928-2004), cited in Antichrist and the End Times, P. 37, Fr. Joseph Iannuzzi; (ref: Volumne 15-n.2, Featured Article from www.sign.org)

This is why Our Blessed Mother has been calling us to prayer and fasting, penance and conversion, for over twenty-five years. She has been preparing us in part, I believe, for this coming moment when every hidden corner of our hearts will be exposed. Through prayer, fasting and repentance, demonic strongholds have been broken, broken limbs have been bound, and sinfulness brought into the light. Such souls who have entered into this process have little to fear in an illumination of their conscience. What correcting is still left will be less a shock, and more a cause of joy that God loves one so much, that He wants to make him perfect and holy!

So again, take every day to amend your life and bring into the light whatever areas of sinfulness God graces you to see. It is a grace—and the reason Jesus died: to take away our sins. Bring it to Jesus by whose wounds you are healed. Bring it to Confession where your sin is dissolved like a mist and the healing balm of mercy is applied to your conscience.

Yes, take this seriously. But remain in your heart like a little child, trusting in God that no matter how terrible your sinfulness seems to be, that His love is greater. Far greater, and beyond measure.

Then your life will be a sign of eternal joy.

…if we walk in the light as he is in the light, then we have fellowship with one another, and the blood of his Son Jesus cleanses us from all sin. If we say, “We are without sin,” we deceive ourselves, and the truth is not in us. If we acknowledge our sins, he is faithful and just and will forgive our sins and cleanse us from every wrongdoing. (1 John 1:7-9)