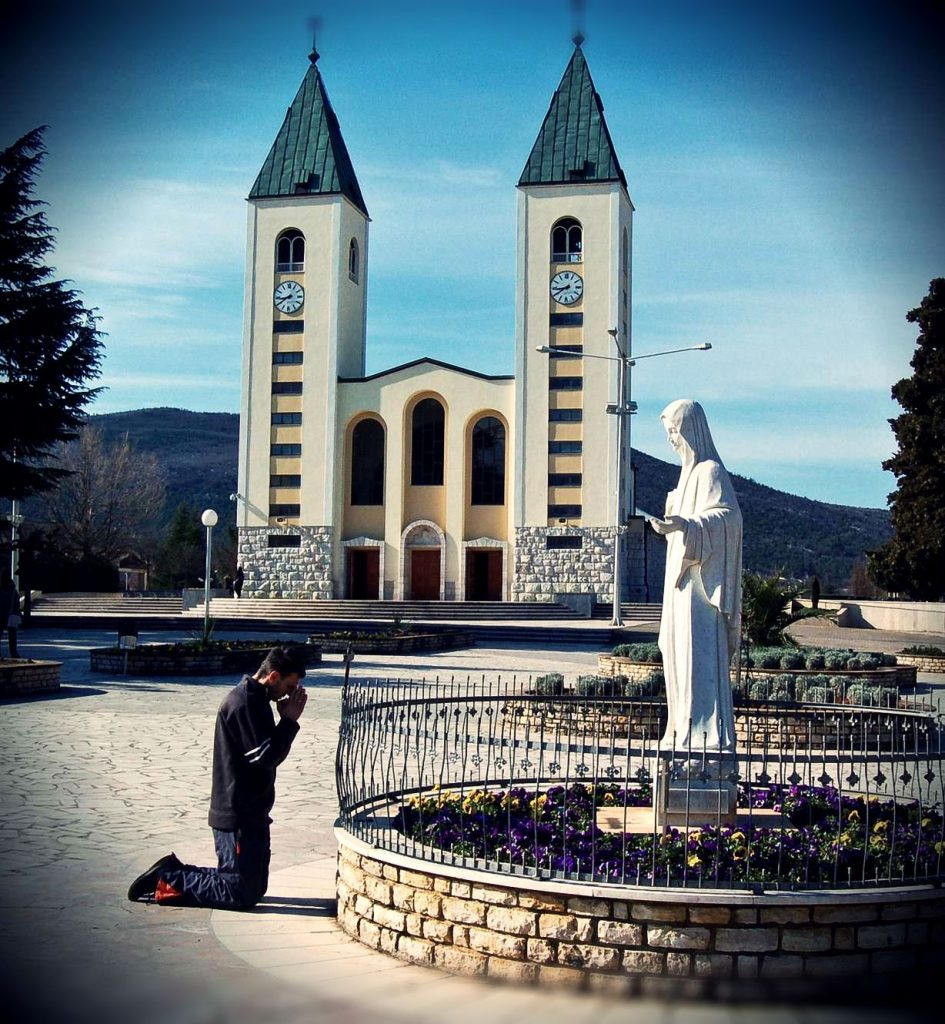 A month ago, for no particular reason, I felt a deep urgency to write a series of articles on Medjugorje to counter long-standing falsehoods, distortions, and outright lies (see Related Reading below). The response has been remarkable, including hostility and derision from “good Catholics” who continue to call anyone who follows Medjugorje deceived, naive, unstable, and my favourite: “apparition chasers.”

Well, earlier this week, a Vatican representative issued a statement to encourage the faithful to feel free to “chase” one more apparition site: Medjugorje. Archbishop Hoser, appointed by Pope Francis as his envoy to look after the cares and needs of pilgrims going to Medjugorje, announced:

The devotion of Medjugorje is allowed. It’s not prohibited, and need not be done in secret… Today, dioceses and other institutions can organize official pilgrimages. It’s no longer a problem… The decree of the former episcopal conference of what used to be Yugoslavia, which, before the Balkan war, advised against pilgrimages in Medjugorje organized by bishops, is no longer relevant. —Aleitia, December 7th, 2017

Update: On May 12th, 2019, Pope Francis officially authorized pilgrimages to Medjugorje with “care to prevent these pilgrimages from being interpreted as an authentication of known events, which still require examination by the Church,” according to a Vatican spokesman. [1]Vatican News

In essence, the Vatican is endorsing Medjugorje as a shrine like Fatima or Lourdes where the faithful may encounter the “charism of Mary.”  It is not an explicit endorsement yet of the alleged apparitions to the seers. But as Archbishop Hoser confirmed, the report of the Ruini Commission is “positive.” It would seem so, according to a leak to Vatican Insider that revealed that the original apparitions have been overwhelmingly confirmed to be “supernatural.” However, “this decision will have to be made by the pope. The file is now at the Secretariat of State. I believe the final decision will be made,” said Archbishop Hoser. [2]Aleitia, December 7th, 2017 He confirmed this in another interview with Italian publication Il Giornale, that devotion to Our Lady at Medjugorje is distinct from endorsement, at this time, of the apparitions:

We need to distinguish between worship and apparitions. If a bishop wants to organise a prayer pilgrimage to Medjugorje to pray to Our Lady, he can do it without problem. But if it is organised pilgrimages to go there for the apparitions, we cannot, there is no authorisation to do it… Because the problem of the visionaries is not yet solved. They are working at the Vatican. The document is with the Secretariat of State and must be awaited. —themedjugorjewitness.org 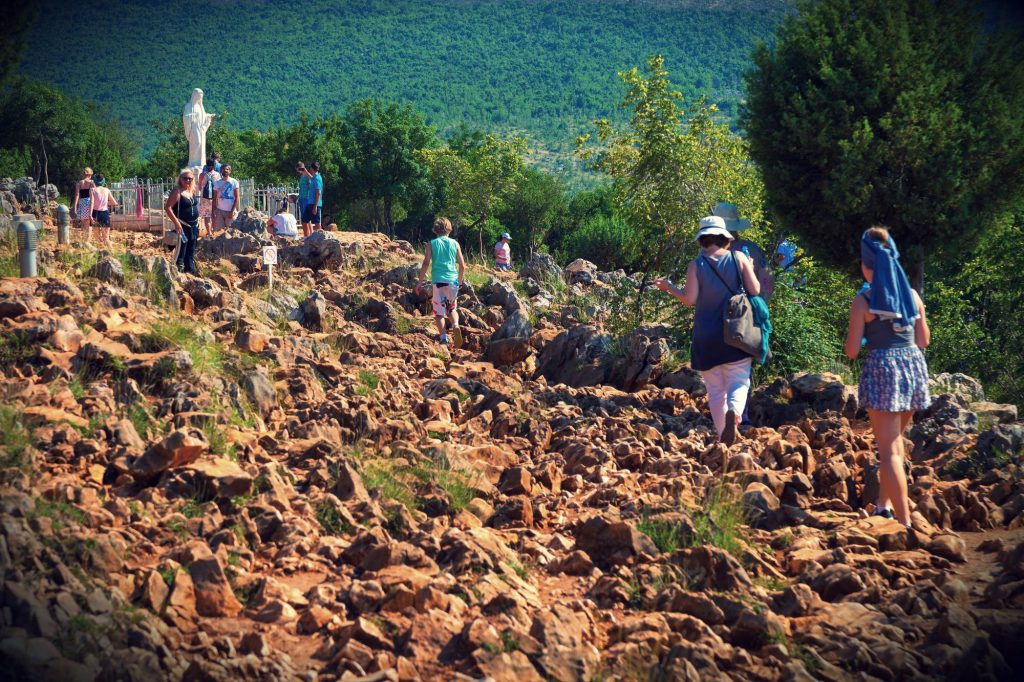 Sadly, even this has not stopped some Medjugorje detractors, locked in their fading arguments, to continue to judge and rail against anyone who speaks positive of Medjugorje or desires to go there. So, I am writing to say: don’t be intimidated any longer. Don’t feel you have to cower or apologize for celebrating and supporting one of the greatest hotbeds of conversions and vocations in the past century.

In a delightful conversation with Wayne Wieble last night, one of the original English speaking promoters of Our Lady’s messages, he said that parish records in Medjugorje indicate that over 7000 priests have visited there.[3]Note: Mr. Weible corrected his initial statement of 7000 vocations to 7000 visits by priests. He estimates, rather, that vocations to the priesthood could be as many as 2000 if you include those who have not officially cited Medjugorje as the spark of their vocation. And Archbishop Hoser cites at least 610 documented priestly vocations directly because of the apparition site, calling the Bosnian village “fertile grounds for religious vocations.” I have met many of these priests in my travels, and they are often the most solid, balanced clergy I know in the Church. No, don’t be bullied, brothers and sisters. You are not unstable, emotional, gullible, or desperate if you feel a call to Medjugorje. If God is sending His mother there, don’t be ashamed to greet her. The Vatican is all but encouraging believers to do so. It’s hard to imagine, if Pope Francis or the Commission or Archbishop Hoser felt any concern that this was a demonic deception, that they would now permit “official church-organized pilgrimages” into the lion’s mouth. Mother calls. And by this, I mean Mother Church too.

It is well known that St. John Paul II, while pope, wanted to go there. Mirjana Soldo, one of the six seers, recounts this testimony of a close friend of the late pontiff:

After the apparition, a man who had been a close friend of Pope John Paul II approached me. He asked me not to share his identity— and he was in luck because I’m an expert at keeping secrets. The man told me that John Paul had always wanted to come to Međugorje, but as the pope, he was never able to. So, one day, the man joked with the pope, saying, “If you never make it to Međugorje, then I’ll go and bring your shoes there. It will be as if you were able to set foot on that holy ground.” After John Paul II passed away, the man felt a calling to do exactly that. After the apparition, the man gave them to me, and I think about the Holy Father every time I look at them. —My Heart Will Triumph (pp. 306-307), Catholic Shop, Kindle Edition

St. John Paul the Great, or St. John Paul the Apparition Chaser? Yes, I think you get the point. This kind of condescension and belittling of those who want to be near the Blessed Mother has absolutely no place in the Body of Christ. So, for the first time in my ministry, I am going to encourage others freely: if you feel called to go to Medjugorje (or Lourdes, or Fatima, or Guadalupe, etc.), then go. Don’t go to look for signs and wonders. Rather, go to pray, to detoxify from social media, to confess your sins, to gaze upon the Eucharistic face of Jesus, to climb a mountain in penance, and breathe the air of thousands of other Catholics who are seeking their God. Yes, you can do this in your own parish, and should. But if God is inviting souls to Medjugorje to encounter the Mother, who am I to tell them not to go?

Pope Francis recently asked an Albanian cardinal to give his blessing to the faithful present in Medjugorje. —Archbishop Hoser, Aleitia, December 7th, 2017

Do not be afraid! For freedom, Christ set you free. Don’t ever let yourself be enslaved by the shallow and insipid opinion of another.

Medjugorje, What You May Not Know

Medjugorje, and the Smoking Guns