THE NOW WORD ON MASS READINGS
for December 7th, 2017
Thursday of the First Week of Advent
Memorial of St. Ambrose 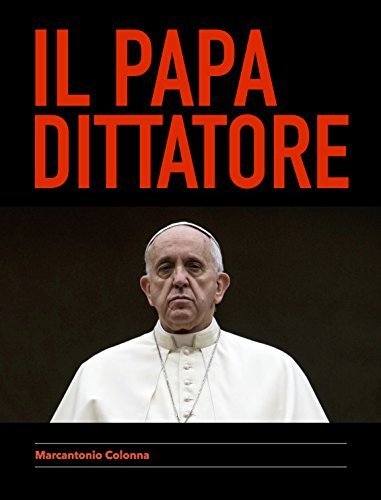 WITH the controversial events of this week that unfolded in Rome (see The Papacy is Not One Pope), the words have been lingering in my mind once again that all of this is a testing of the faithful. I wrote about this in October 2014 shortly after the tendentious Synod on the family (see The Testing). Most important in that writing is the part about Gideon….

I also wrote then as I do now: “what happened in Rome was not a test to see how loyal you are to the Pope, but how much faith you have in Jesus Christ who promised that the gates of hell will not prevail against His Church.” I also said, “if you think that there is confusion now, wait till you see what’s coming…”

A new book called Il Papa Dittatore (The Dictator Pope) has just been released in English. It is written under a pseudonymous author who calls himself Marcantonio Colonna. LifeSiteNews, which has notably shifted in the past two years to becoming one of the pseudo-official voices of papal dissent, provides a review of the book, which alleges that Pope Francis is…

…arrogant, dismissive of people, prodigal of bad language and notorious for furious outbursts of temper which are known to everyone from the cardinals to the chauffeurs. —LifeSiteNews, December 6th, 2017

Robert Royal, editor-in-chief of The Catholic Thing and papal commentator for EWTN, says:

…the sheer amount of evidence it provides is stunning. About 90 percent of it is simply incontrovertible, and cannot help but clarify who Francis is and what he’s about. —Ibid.

According to the reviews I’ve read, such as this one from Vatican analyst Marco Tosatti:

There is no news of great importance, or extraordinary revelations in “Il Papa Dittatore”; but it certainly is well documented, interesting and valuable… —marcotosatti.com, Nov. 29th, 2017

What, then, is the “value” of a book that has no news or revelations of great importance, but is seemingly intended to expose the character flaws of the Vicar of Christ? A book with the intention of presenting a ‘scheming Jorge Bergoglio’ in order to counter the ‘humble Pope Francis’? In the big picture, I don’t know. But those vocal opponents of Pope Francis who have been providing fuel for a schism might have just been handed a match.

A POPE OF THE FLESH

But as one reader said to me, “I don’t doubt a fleshy side to our Pope. People will use the book for sure to prove he is dark. But was anything illegal (during the papal election) in terms of canon law? That’s the question. It’s not illegal to have flesh.”

Scandalous? Perhaps. But the history of the Church is, unfortunately, pock-marked by popes who scandalized their office.

The fact that it is Peter who is called the “rock” is not due to any achievement on his part or to anything exceptional in his character; it is simply a nomen officii, a titled that designates, not a service rendered, but a ministry conferred, a divine election and commission to which no one is entitled solely by virtue of his own character —least of all Simon, who, if we are to judge by his natural character, was anything but a rock. —POPE BENEDICT XIV, from Das neue Volk Gottes, p. 80ff

This is to say that we could have a pope, as we have had in the past, who sells his papacy, fathers children, increases his personal wealth, abuses his privileges, and misuses his authority. He could appoint modernists to major posts, Judases to sit at his table, and even Lucifer to the Curia. He could dance naked on the Vatican walls, tattoo his face, and project animals onto the facade of St. Peter’s. And all of this would create a ruckus, upheaval, scandal, division, and sorrow upon sorrow. And it would test the faithful as to whether or not their faith is in man, or in Jesus Christ. It would test them to wonder if Jesus really meant what He promised—that the gates of hell would not prevail against His Church.

But today’s First Reading confirms Christ’s words to us:

A strong city have we; he sets up walls and ramparts to protect us. Open up the gates to let in a nation that is just, one that keeps faith. A nation of firm purpose you keep in peace; in peace, for its trust in you. Trust in the LORD forever! For the LORD is an eternal Rock.

It is a nation that keeps faith who are safeguarded.  Brothers and sisters, for three years I have tried to point out the middle road between those who are utterly convinced that Pope Francis is a masonic, communist, false prophet and antipope—and those, on the other hand, who will not hear the slightest critique of the Holy Father’s ministry. The middle road is this: to trust that Jesus is still building His Church, even upon a rock that, at times, appears to be more of a stumbling stone. In today’s Gospel, Jesus says that the one who is wise builds his house on rock. And so I ask again: is Jesus a wise builder? Re-read Jesus, the Wise Builder.

I am not denying that there is a lot at stake today, and it is more than the truth: it is the very unity of the Church itself. It is her unity that, in fact, preserves the truth. For if different factions claim to have the truth, then you have war. So what then of the current debate on Communion to the divorced and remarried? The answer is that we must trust Jesus that, in the end, the truth will prevail as it has for 2000 years. Perhaps some should stop viewing the charism of infallibility like a magic wand that makes all questions disappear, but rather as a firm guardrail leading up a narrow rocky terrain that safely guides one past the jagged rocks of error. In the present situation, a “Peter and Paul” moment may be necessary where, like St. Paul, unity was preserved in the midst of filial correction. Paul, who called Peter a “pillar” of the Church,[1]cf. Gal 2:9 at the same time, did not hesitate to correct him “face to face.” [2]Gal 2:11 We do not read that Paul wrote letters to the churches condemning Peter, exposing his faults, and humiliating him before the People of God.  Like David of old who was tempted to strike down Saul while he slept, instead: [3]cf. Striking God’s Anointed One

David bowed to the ground in homage and [said]… “I had some thought of killing you, but I took pity on you instead. I decided, ‘I will not raise a hand against my lord, for he is the LORD’s anointed and a father to me.'” (1 Sam 24:9-11)

This is why, despite the deepest disagreement one may have with “Peter”, Christ calls us to remain on the middle road of filial charity and unity, which can be a long and painful path as history has shown at times. Nonetheless:

The Pope, Bishop of Rome and Peter’s successor, “is the perpetual and visible source and foundation of the unity both of the bishops and of the whole company of the faithful.” —Catechism of the Catholic Church, n. 882

They, therefore, walk in the path of dangerous error who believe that they can accept Christ as the Head of the Church, while not adhering loyally to His Vicar on earth. They have taken away the visible head, broken the visible bonds of unity and left the Mystical Body of the Redeemer so obscured and so maimed, that those who are seeking the haven of eternal salvation can neither see it nor find it. —POPE PIUS XII, Mystici Corporis Christi (On the Mystical Body of Christ), June 29, 1943; n. 41; vatican.va

Filial correction of one another is always based on charity—not an attack on the character of one’s brothers and sisters, much less the Vicar of Christ. I will say this much: the current path of those who love the truth, but who do not love in truth, is what is most alarming to me. I have been called a lot of names this week for defending the Church’s unity and not attacking Pope Francis. But these poor souls are missing the point. They have forgotten who is the Admiral of the Barque of Peter, who is the Builder of the Church, and who is the Keeper of the Truth. They are failing the test—both those who do not guard the “deposit of faith”, and those who do not trust the One who gave it.

… it will be then; then, perhaps, when we are all of us in all parts of Christendom so divided, and so reduced, so full of schism, so close upon heresy. When we have cast ourselves upon the world and depend for protection upon it, and have given up our independence and our strength, then [Antichrist] will burst upon us in fury as far as God allows him. —Blessed John Henry Newman, Sermon IV: The Persecution of Antichrist

Self-righteousness is a form of pride the devil reserves for good people. —Janet Klasson (Pelianito)

I don’t know if Pope Francis is doing God’s will in any given circumstance, but I do know that he is accomplishing God’s will, even if we don’t understand or see it happening. —Vicki Chiment, reader

That Pope Francis!… A Short Story

Bless you and thanks for your support!