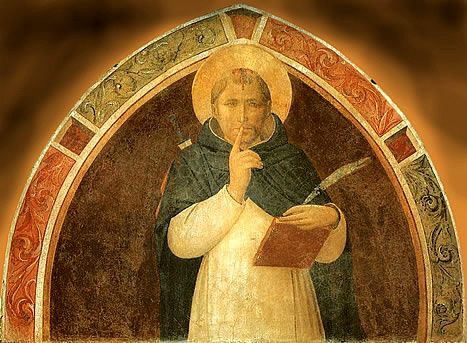 THE ROCK OF TRUTH

In the midst of these pounding waves of uncertainty stands a powerful Rock, the Catholic Church, a bastion and beacon of truth established by Christ to guide His people through the latter times, which began with Christ’s Ascension into Heaven. 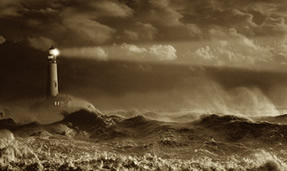 This, despite her painful scandals and fallible members. And yet, in some quarters, her preachers and teachers have fallen silent when it comes to dealing with our times: the tsunami of moral relativism, the attack on marriage and the family, the destruction of the unborn, rampant hedonism, and many other disturbing trends. The “end times,” a subject frequently addressed in Scripture by Sts. Paul, Peter, James, John, Jude, and the Lord Himself, is barely ever mentioned from many pulpits. The four last things—Judgment, Purgatory, Heaven, Hell—have been grossly neglected for over a generation. The fruit of this silence—as we watch in real-time the crumbling of Christian civilization—is abundantly clear:

Of course, this tragic silence is not universal; there are priests who are speaking up. Furthermore, there are the strong and consistent voices of Tradition. In Why Aren’t the Popes Shouting? I provide quote after quote of pope after pope boldly describing our times in apocalyptic language. In The Popes, and the Dawning Era, I detail the hopeful and prophetic words of the pontiffs regarding the future of the world. In numerous writings here, including my book, I exhaustively quote the Early Church Fathers who are explicit regarding certain passages of Revelation and remarkably clear about The End of this Age. I have also drawn upon the approved apparitions of Our Lady (meaning that the Church says that her messages in these cases are worthy to believed, and wisely to be heeded) as well as various saints and mystics.

SEEWALD: Why are the preachers so deafeningly silent about eschatology, despite the fact that eschatological issues really do affect 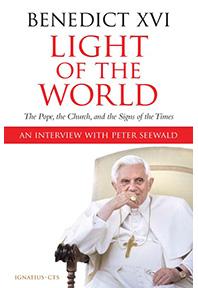 everyone existentially, unlike many “ever-recurring topics” within the Church?

BENEDICT XVI: That is a very serious question. Our preaching, our proclamation, really is one-sided, in that it is largely directed toward the creation of a better world, while hardly anyone talks any more about the other, truly better world. We need to examine our consciences on this point. —Light of the World, An Interview with Peter Seewald, Ch. 18, p. 179

These things are hard to accept for people today and seem unreal to them. Instead, they want concrete answers for now, for the tribulations of everyday life. But these answers are incomplete so long as they don’t convey the sense and the interior realization that I am more than this material life, that there is a judgment, and that grace and eternity exist. By the same token, we also need to find new words and new means to enable people to break through the sound barrier of finitude. —POPE BENEDICT XVI, Light of the World, An Interview with Peter Seewald, Ch. 18, p. 179

As I was writing this article, I received an email from a reader:

Many things are getting ready to happen. Many people seem to feel it. Many people are just going about their business, not caring about anything, oblivious to what is going to be… How sad, people are not listening now of all times…

I receive hundreds of letters like this from clergy and laymen alike. People sense something happening in the world; they sense that all is not well and that something is just on the horizon. The Holy Fathers, the Catechism, and Our Blessed Mother have plenty to say about it! But it’s often not filtering down to the parish level; it’s not making its way to the pews, and as a result, the sheep are wandering to other pastures looking for answers. 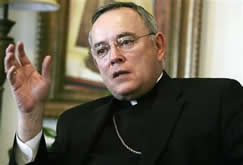 …there’s no easy way to say it. The Church in the United States has done a poor job of forming the faith and conscience of Catholics for more than 40 years. And now we’re harvesting the results—in the public square, in our families and in the confusion of our personal lives.  —Archbishop Charles J. Chaput, O.F.M. Cap., Rendering Unto Caesar: The Catholic Political Vocation, February 23rd, 2009, Toronto, Canada

…You did not strengthen the weak nor heal the sick nor bind up the injured. You did not bring back the strayed nor seek the lost, but you lorded it over them harshly and brutally. So they were scattered for lack of a shepherd, and became food for all the wild beasts. (Ezekiel 34:4-5)

Do we really want to leave the “wild beasts” to form Catholics in these tenuous times? Should Nostradamus, the Mayans, or a host of conspiracy theorists be the only source of information for Catholics today?

My people perish for want of knowledge!

There are clergy who are trying to “break through the sound barrier” about the realities we face. Yet, today, to speak about Our Blessed Mother, the last things, or to utter a private revelation—even if it is approved—can spell disaster for a priest’s vocation. More often than not, I have seen faithful, anointed, courageous (and yes, imperfect) priests speak about these things… only to be removed from their parishes, assigned as chaplains to prisons or hospitals, or confined to the far reaches of the diocese (see Wormwood).

It presents a difficult choice: avoid addressing these controversial issues so as to keep the waters still… or say it like it is, trusting that the “truth will set you free,” even if it creates a vortex of sludge. Certainly Christ did not come to still the waters of every sea:

In a conversation I had with a young deacon, he remarked, “We have to choose our words carefully. 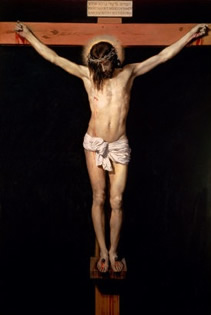 Some times one can’t say what he wants because there is that one person in the parish who will cause trouble for you…” To which I replied, “Perhaps that is your calling—the calling of priests in our day—to speak the truth which will exact a great cost. True, it may cost you your chances of becoming a bishop someday or of being a priest with a “good name.” Like Jesus, you may be taken out back and crucified. Perhaps this is your vocation.”

When a pastor has been afraid to assert what is right, has he not turned his back and fled by remaining silent? —St. Gregory the Great, Liturgy of the Hours, Vol IV, p. 342-343

The priest is consecrated an alter Christus — “another Christ.” Jesus said to His Apostles:

Thus, the priest is to “lay down his life for his sheep” in imitation of his Master. Truth was crucified for speaking truth. It would be faulty to withhold a meal from an entire family because one member tends to overeat. Likewise, it makes little sense to withhold the truth from a congregation because a few members tend to overreact. Today, it seems there is a preoccupation with keeping the peace rather than keeping the flock on the narrow road:

I think modern life, including life in the Church, suffers from a phony unwillingness to offend that poses as prudence and good manners, but too often turns out to be cowardice. Human beings owe each other respect and appropriate courtesy. But we also owe each other the truth—which means candor.   —Archbishop Charles J. Chaput, O.F.M. Cap., Rendering Unto Caesar: The Catholic Political Vocation, February 23rd, 2009, Toronto, Canada

Jesus reserved harsh words for those who were more set on pleasing men than pleasing God (Gal 1:10). This applies to all of us:

We cannot be sowers of hope if we sow false seeds…pretending that things aren’t really as bad as they are or don’t exist at all. And they are bad. As one priest said to me recently, “The bottom’s about to fall out. There will be chaos and anarchy because the world is broke.” At least this is what honest economists are saying. As hard as it is to hear, the truth is refreshing.

Yes, it has become tiring and even silly to hear Catholics speak of those who address the seriousness of our times as “doomsayers”, “end timers,” or “doom and gloomers.”  If I may be blunt, such Catholics need to extract their heads out of the sands of ignorance, and begin listening to what the Holy Father is saying:

The very future of the world is at stake. —POPE BENEDICT XVI, Address to the Roman Curia, December 20th, 2010 (seeOn the Eve)

Yes, it goes both ways. Where priests are indeed preaching the straight goods on our times, there are also many sheep who would rather not hear it, rather not have their comfortable modes of living disturbed.

All day long I have stretched out My hands to a disobedient and contrary people. (Rom 10:21)

Are we so naive as to think that embracing a “culture of death” is going to lead to peace and justice on earth? It will end in the annihilation of nations. That’s not doom and gloom, but a bitter reality that the Mother of God has been pleading with us to repent from, and that John Paul II and Benedict XVI have described in both official and unofficial statements. 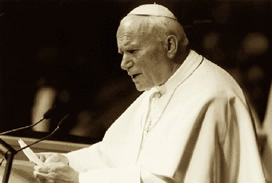 We must be prepared to undergo great trials in the not-too-distan t future; trials that will require us to give up even our lives, and a total gift of self to Christ and for Christ. Through your prayers and mine, it is possible to alleviate this tribulation, but it is no longer possible to avert it, because it is only in this way that the Church can be effectively renewed. How many times, indeed, has the renewal of the Church been effected in blood? This time, again, it will not be otherwise. —POPE JOHN PAUL II speaking to a group of German pilgrims, Regis Scanlon, Flood and Fire, Homiletic & Pastoral Review, April 1994

Speaking about our times today, and the credible prophetic warnings within the Church, is going to trouble some people; friends and relatives may suddenly fall silent; neighbours may look at you like you’re a wingnut; and you might even be banned from a diocese or two.

Blessed are you when people hate you, and when they exclude and insult you, and denounce your name as evil on account of the Son of Man. (Luke 6:22)

But that’s part of being a follower of Jesus, if you’re actually following Him.

What was handed on by the Apostles comprises all that makes for holy living among God’s people and the increase of their faith. So, in its teaching, life and worship the Church perpetuates and transmits to every generation all that it is, and all that it believes. —Divine Revelation of The Second Vatican Council, Dei Verbum, n. 7-8

I want a loving heart more than sacrifice, knowledge of my ways more than holocausts. —Antiphon 3, Liturgy of the Hours, Vol III, p. 1000

I need your support to continue this ministry. Thank you so much.