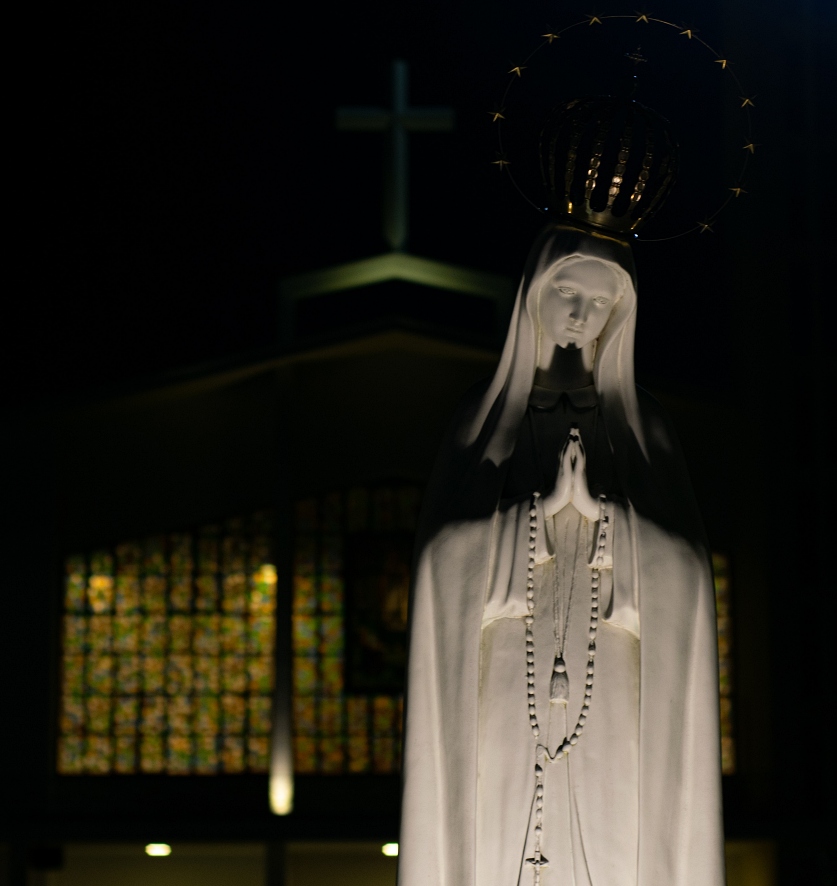 In the end, my Immaculate Heart will triumph. The Holy Father will consecrate Russia to me, and she shall be converted, and a period of peace will be granted to the world.—Message of Fatima, vatican.va

However, it would be a mistake to believe this is akin to waving some kind of magic wand that will cause all our troubles to disappear. No, the Consecration does not override the biblical imperative that Jesus clearly proclaimed:

Will a period of peace come if we remain at war with one another – in our marriages, families, neighbourhoods and nations? Is peace possible while the most vulnerable, from 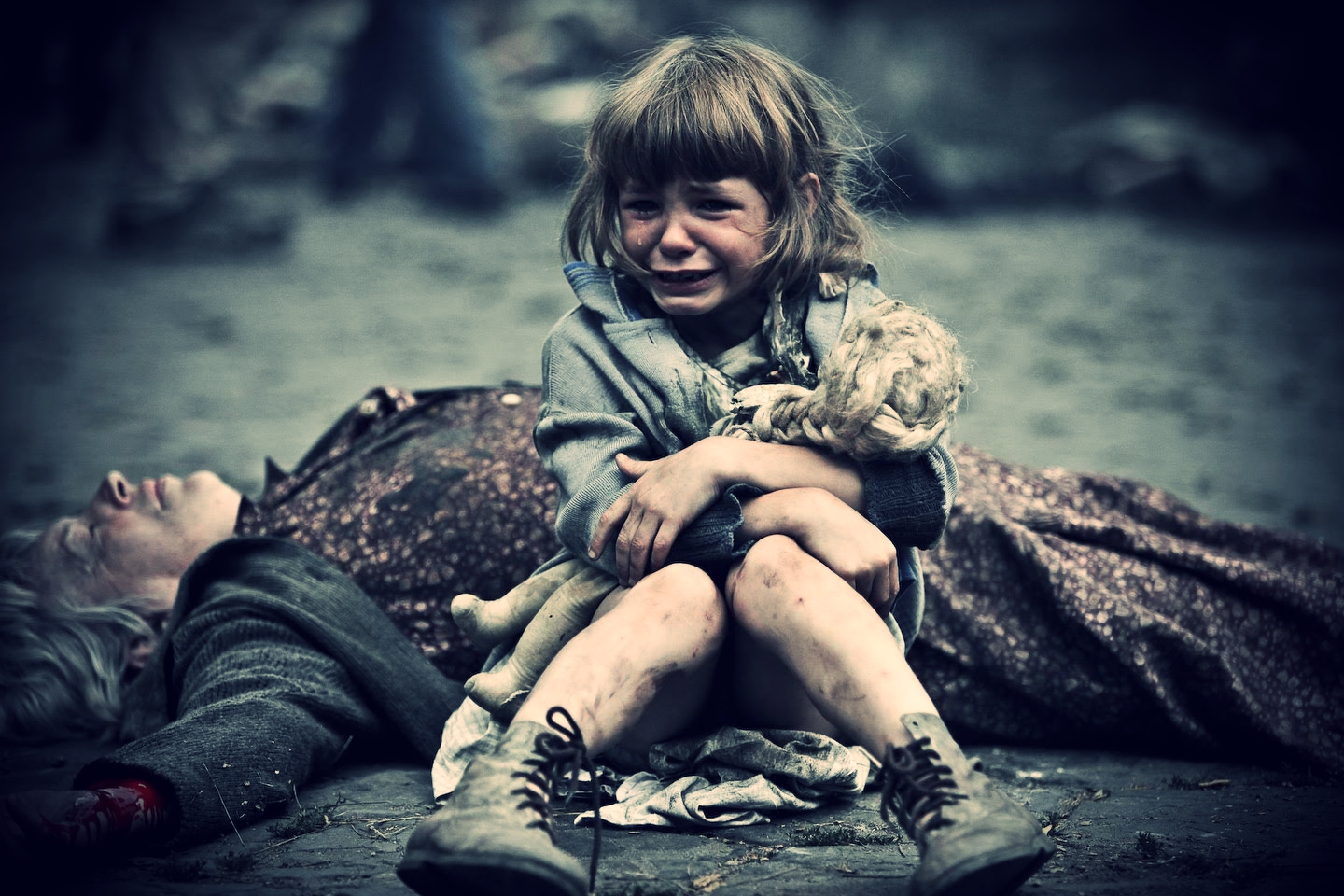 the womb to the Third World, are daily victims of injustice?

Peace is not merely the absence of war, and it is not limited to maintaining a balance of powers between adversaries. Peace cannot be attained on earth without safeguarding the goods of persons, free communication among men, respect for the dignity of persons and peoples, and the assiduous practice of fraternity. Peace is “the tranquillity of order.” Peace is the work of justice and the effect of charity. —Catechism of the Catholic Church, n. 2304

This is why the “reparation of First Saturdays” was also part of Our Lady’s request — a call to the People of God to lead the world in repentance.

And yet, we should take Our Lady at her word: a “period of peace” will come — but not as Heaven had hoped. Again:

My will wants to Triumph, and would want to Triumph by means of Love in order to Establish Its Kingdom. But man does not want to come to meet this Love, therefore, it is necessary to use Justice. —Jesus to Servant of God, Luisa Piccarreta; Nov. 16th, 1926

…the Sovereign Lord patiently waits until [nations] reach the full measure of their sins before punishing them… he never withdraws his mercy from us. Although he disciplines us with misfortunes, he does not abandon his own people.  (2 Maccabees 6:14,16)

What the Consecration will do is open up a new channel of grace to hasten the coming Triumph and “period of peace”. Peace will indeed come — but now, by way of Divine Justice. It has to be this way. Cancer in its earliest stages can easily be dealt with; but when it metastasizes, it requires major surgery and treatment protocols.[2]cf. The Cosmic Surgery And so it is: we did not listen to Our Lady, and hence, the “errors of Russia” have had a century to spread across the world allowing the philosophic seeds for global Communism to take root. As Our Lady said in a message to Italian seer, Gisella Cardia:

With your prayers and true faith you can avoid the third world war, but you are still enclosed in your shells and do not see beyond; catastrophes are coming, but do not abandon the sacraments. Despite my tears, your hearts are hard and you do not allow the light to enter. I ask that your faith be not only one of words, but of deeds. You have the most powerful weapon, the prayer of the Holy Rosary: pray. As time goes by, the Christian faith will no longer be professed and you will be forced to hide: be prepared for this as well. Communism is advancing rapidly. All of this will take place and will be punishment for the heresies, curses and blasphemies that have been perpetrated until now. Now, my daughter, I leave you with my maternal blessing, in the name of the Father, the Son and the Holy Spirit. Amen. —March 24th, 2022

This, she has said to us on the vigil of the Consecration — on the same day as this first Mass reading:

But they obeyed not, nor did they pay heed. They walked in the hardness of their evil hearts and turned their backs, not their faces, to me… I have sent you untiringly all my servants the prophets. Yet they have not obeyed me nor paid heed; they have stiffened their necks and done worse than their fathers. When you speak all these words to them, they will not listen to you either; when you call to them, they will not answer you. Say to them: This is the nation that does not listen to the voice of the LORD, its God, or take correction. Faithfulness has disappeared; the word itself is banished from their speech. (cf. Jer 7:23-28)

A Time for Miracles

In the year 2000, I consecrated my life and ministry to Our Lady of Guadalupe, Star of the New Evangelization. The next morning, the only thing different was that, now, I had a Mother who was given permission to mother me. But the same faults and weaknesses of the day before remained. Over the next two decades, I can attest that, without question, I have seen how Our Lady has had such a powerful hand in bringing about a more authentic conversion in my life. Before every one of my writings, I ask her to be in my words, and my words in hers so that she may mother us all. This, I feel, is a fruit of that personal consecration.
So too, Russia — already in a process of conversion through the previous but “imperfect” consecrations of other popes[3]cf. The Late Consecration — has yet to become that nation that will be an instrument of peace, instead of war.

The image of the Immaculate will one day replace the large red star over the Kremlin, but only after a great and bloody trial.  —St. Maximilian Kolbe, Signs, Wonders and Response, Fr. Albert J. Herbert, p.126

The comfort we should take from this Consecration on the Feast of the Annunciation is that God still has a plan. Even though we have thwarted and delayed it by our disobedience (as the Israelites so often did), God knows how to make all things work to the good for those who love Him.[4]cf. Rom 8:28

A word spoken over me by a prophetic soul at the very beginning of this writing apostolate some seventeen years ago has been lingering in my heart as of late: 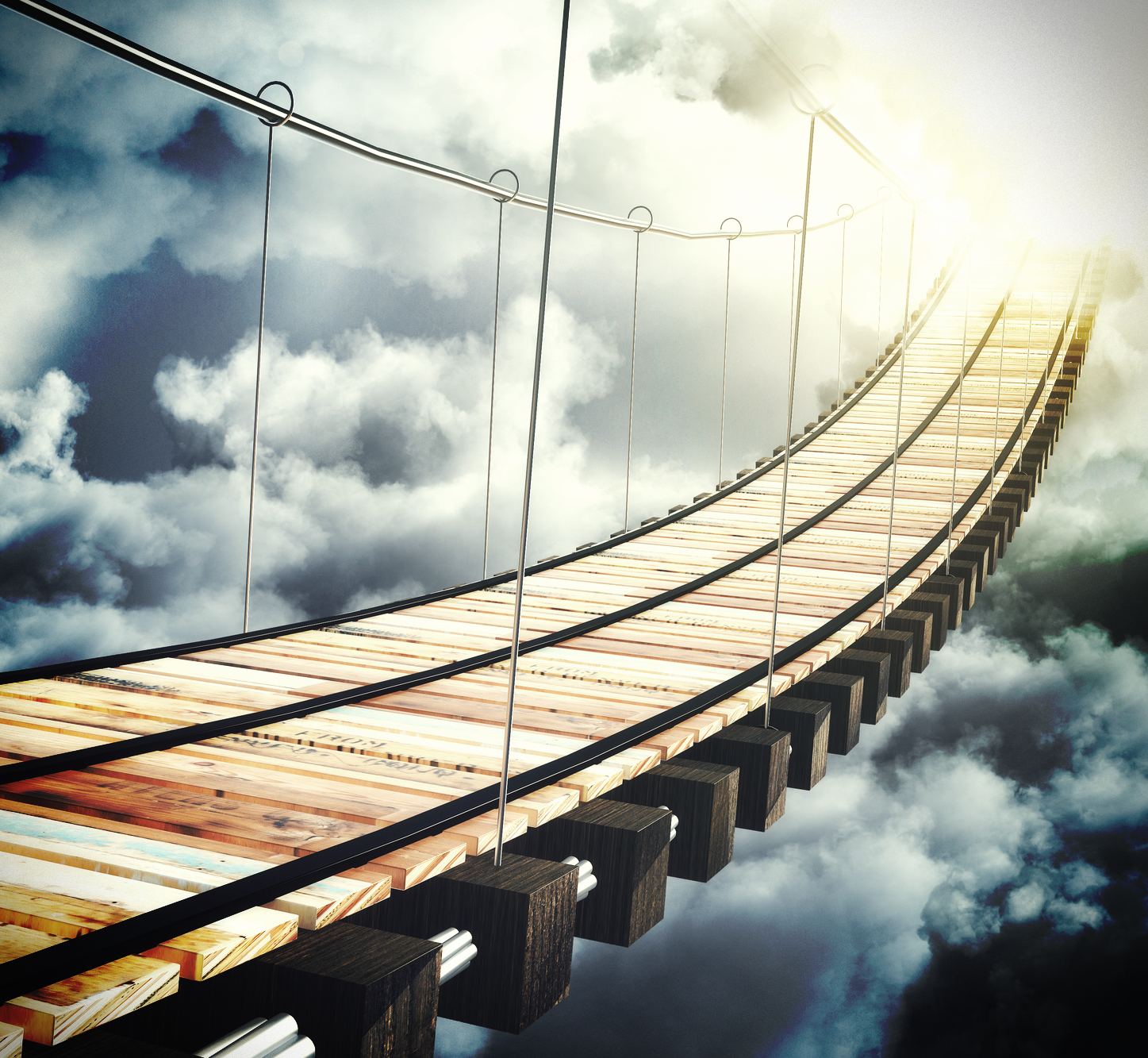 This Consecration will, indeed, open the way for Heaven’s miracles — above all, the so-called “Warning” or Eye of the Storm.[5]cf. The Great Day of Light Our role as faithful Christians is more crucial than ever:

…the power of evil is restrained again and again, [and] again and again the power of God himself is shown in the Mother’s power and keeps it alive. The Church is always called upon to do what God asked of Abraham, which is to see to it that there are enough righteous men to repress evil and destruction. I understood my words as a prayer that the energies of the good might regain their vigor. So you could say the triumph of God, the triumph of Mary, are quiet, they are real nonetheless.—Light of the World, p. 166, A Conversation With Peter Seewald (Ignatius Press)

In that regard, the Consecration of Russia to Our Lady is a call to arms of her Little Rabble. Through the Holy Rosary, above all, we have an opportunity to hasten the coming of her Triumph, which will ultimately usher in the Era of Peace and the reign of Jesus to the ends of the earth through a remnant Church.

At times when Christianity itself seemed under threat, its deliverance was attributed to the power of this prayer, and Our Lady of the Rosary was acclaimed as the one whose intercession brought salvation. —POPE JOHN PAUL II, Rosarium Virginis Mariae, 40

May we not be counted among the stiff-necked of this generation!

Oh, that today you would hear his voice: “Harden not your hearts as at Meribah as in the day of Massah in the desert, where your fathers tempted me; they tested me though they had seen my works.” (Today’s Psalm)

We have many difficult years ahead of us; but what is certain is that a “period of peace” is coming. While Heaven is always our goal, who cannot long for that day when swords will be beaten into ploughshares and the wolf will lie down with the lamb?

Yes, a miracle was promised at Fatima, the greatest miracle in the history of the world, second only to the Resurrection. And that miracle will be an era of peace which has never really been granted before to the world. —Cardinal Mario Luigi Ciappi, October 9th, 1994 (papal theologian for Pius XII, John XXIII, Paul VI, John Paul I, and John Paul II); Family Catechism, (Sept.9th, 1993), p. 35

When it does arrive, it will turn out to be a solemn hour, one big with consequences not only for the restoration of the Kingdom of Christ, but for the pacification of… the world. We 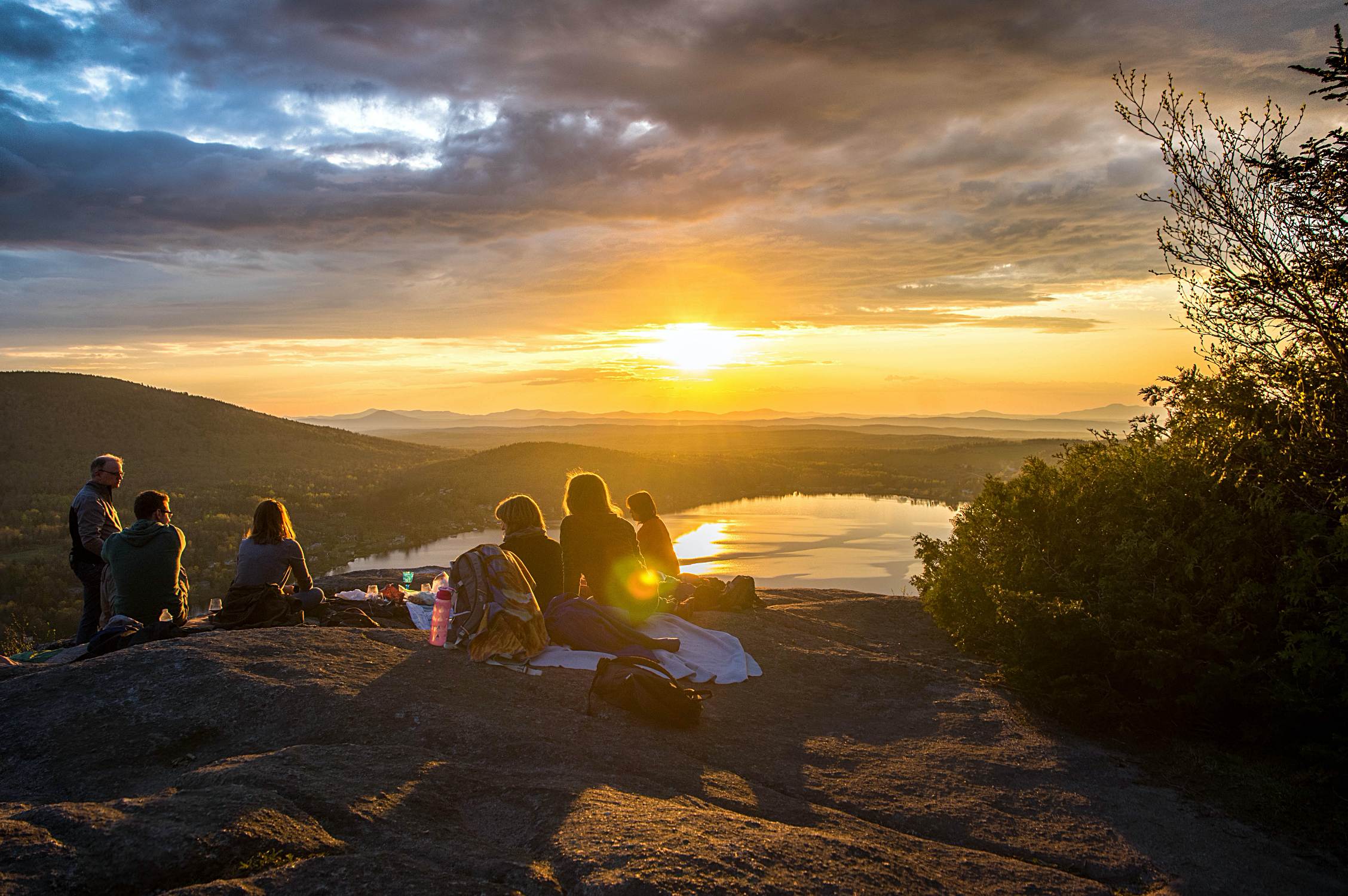 pray most fervently, and ask others likewise to pray for this much-desired pacification of society. —POPE PIUS XI,Ubi Arcani dei Consilioi “On the Peace of Christ in his Kingdom”, December 23, 1922

It will at length be possible that our many wounds be healed and all justice spring forth again with the hope of restored authority; that the splendors of peace be renewed, and the swords and arms drop from the hand and when all men shall acknowledge the empire of Christ and willingly obey His word, and every tongue shall confess that the Lord Jesus is in the Glory of the Father. —POPE LEO XIII, Annum Sacrum, On Consecration to the Sacred Heart, May 25th, 1899

The most authoritative view, and the one that appears to be most in harmony with Holy Scripture, is that, after the fall of the Antichrist, the Catholic Church will once again enter upon a period of prosperity and triumph. —The End of the Present World and the Mysteries of the Future Life, Fr. Charles Arminjon (1824-1885), p. 56-57; Sophia Institute Press

Why the World Remains in Pain

What happened when souls obeyed a prophetic revelation: When They Listened