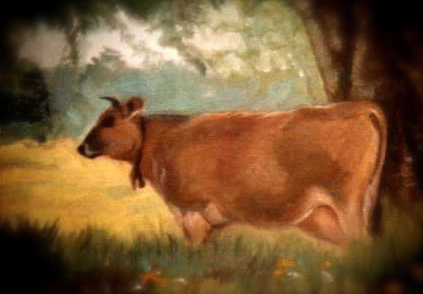 THERE is much happening in the world that, frankly, seems depressing. Or at least, it can be without viewing it through the lens of Divine Providence. The season of autumn can be bleak to some as the leaves fade, fall to the ground, and decay. But to the one with foresight, this fallen foliage is the fertilizer which will produce a glorious springtime of color and life.

This week, I intended to speak in Part III of the Prophecy at Rome about "the fall" which we are living in. However, aside from the usual spiritual warfare, there was another distraction: a new member of the family arrived.

My wife and our eight children live on a small farm in the middle of nowhere (aka. Saskatchewan, Canada). We have been praying hard the past few months as to how we can survive these times of growing food prices, costly insurance, high fuel prices, etc. We calculated our ministry/family expenses to be around $7000 a month! So far, donors have committed to around a total of $500/month—far short of meeting our needs.

So this past week, I spent the majority of my time in our barn, building this, rigging up that, all in preparation for a milk cow. And she arrived: Nessa, a very sweet two and a half year old Jersey. We figure we can eliminate over $300 a month in food expenses by drinking our own milk, making our own butter, cream, etc. Not to mention that we are consuming something much healthier than what is being sold on store shelves. 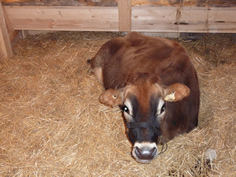 I recalled the words in Genesis, how God has set mankind over creation to be its steward. There is some kind of dance with the Divine when we begin to draw directly from His creation… something transcendent, wholesome, holy. I experienced this divine waltz earlier last year as I drank untreated water straight from our well, worked our pasture, built fences, and planted a garden. It’s as though my whole being fell into a harmony with the Divine order. It’s been a wonderful experience for a city kid who is a country boy at heart. 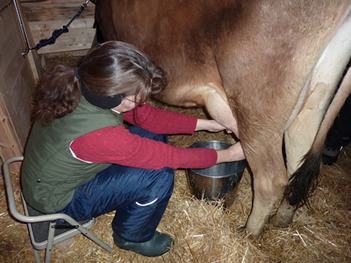 Something terrible has gone wrong in our modern times. Creation has become somewhat like a diamond mine where mankind digs and tears and removes whatever gems there are, leaving nothing but piles of dirt, spilled fuel, and rusting equipment behind.

Hence, oceans are dying from over-fishing; fresh water lakes have been polluted; and farm fields have been raped of nutrients. Yes, little is being said about a relatively new farming practice in several countries: zero-tillage. Instead of cultivating the soil (which does contribute to soil erosion, but has been done for millennia), farmers now "inject" seed grain into the ground. 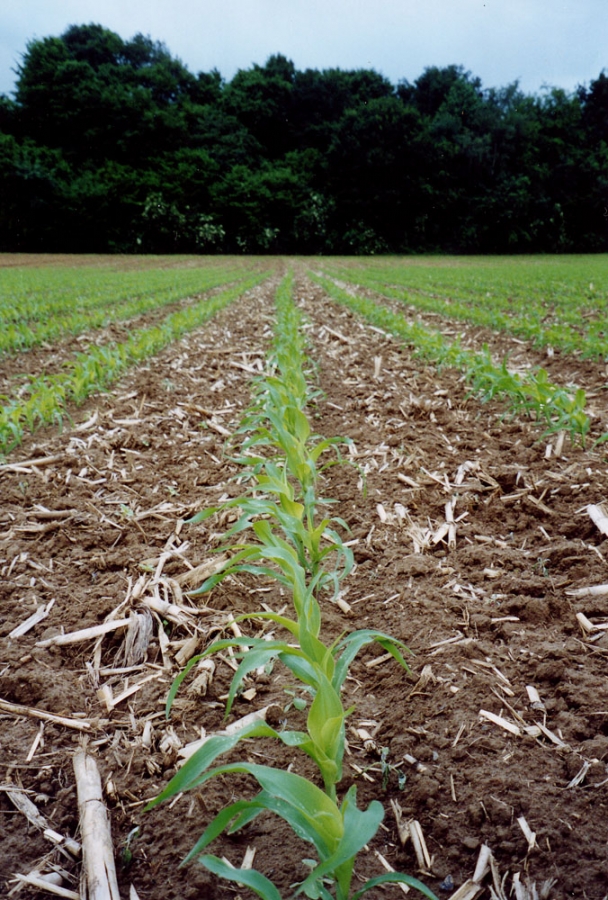 However, this requires the use of fertilizers to enhance growth, and chemicals to kill weeds. At first, many farmers turned around terrific yields. But now those yields are diminishing as the soil becomes harder and harder from the fertilizer. Not to mention that many farmers now depend on genetically modified seed that is resistant to weed killer. The end result is that not only is the soil being damaged, but farmers are becoming dependent upon corporations to supply them with seed and chemicals. It has become a vicious circle of co-dependency, with control of our food supply falling into the hands of CEO’s.

There is also another crisis looming: many farmers are selling their cow herds, at least in Canada, (pigs were abandoned a couple years ago except by large producers). Many farmers have simply had it, and are leaving it altogether. The family farm is vanishing! A shortage of beef (or high prices) has not arrived—yet—but cattle farmers who have been around for awhile are talking about it.

Famine is coming—and from several different angles. The extremes in nature are only exacerbating the situation.

Almost everyone has become dependent upon multi-national corporations to feed us, especially in the Western nations. Worse yet, these corporations have often been experimenting with our food supply by "improving" upon God’s designs through genetic modification, hormonal injections, and other un-natural twists. God has been awakening not only my soul, but many, many people to the reality that we have not been stewards of creation, but abusers, as the "powers that be" experiment with life in rather chilling and self-serving ways.

Yes, I remember a few years ago the Lord showing this to me in my heart and saying that He must purify the earth for this, among other reasons. We have poisoned nature and polluted creation—often, for the sake of profit.

How long must the earth mourn, the green of the whole countryside wither? For the wickedness of those who dwell in it beasts and birds disappear, because they say, "God does not see our ways." (Jeremiah 12:4)

Not everyone can manage a milk cow or raise chickens (which we are planning for the spring.) But it seems to me that the present systems that often rape creation rather than dance with it, are coming to an end. We are going to return to a much simpler lifestyle. It is coming, perhaps sooner than most people realize. It is not a cause to despair… but simply prepare.

There is more to say, next week, in Part III of my webcast. 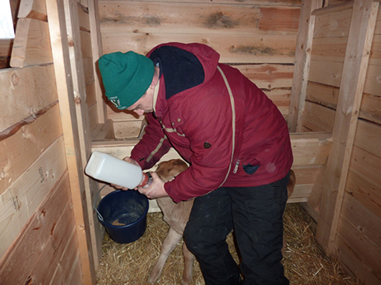 Contribute to the "milk fund":