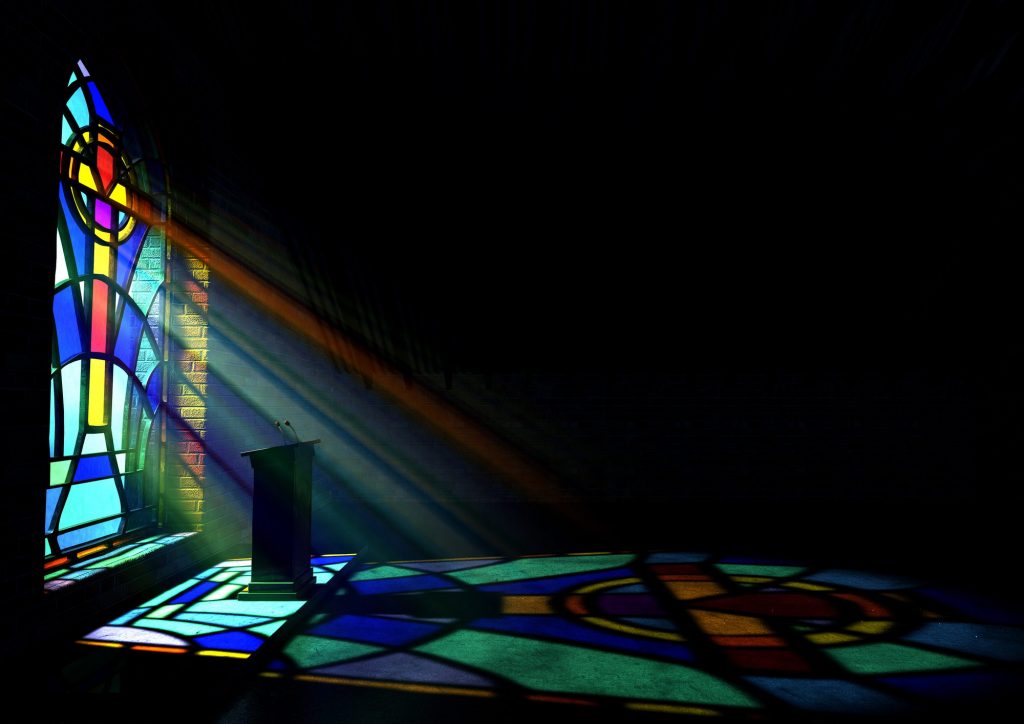 THE homilies were dry. The music was dreadful. And the congregation was distant and disconnected. Whenever I left Mass from my parish some 25 years ago, I often felt more isolated and cold than when I came in. Moreover, in my early twenties then, I saw that my generation was completely gone. My wife and I were one of the few couples that still went to Mass.

That’s when we were invited to a Baptist service by a friend of ours who had left the Catholic Church. She was pretty excited about her new community. So to appease her insistent invitations, we went to Mass on Saturday and took in the Baptist Sunday morning service.

When we arrived, we were immediately struck by all the young couples. Unlike my parish where we seemed invisible, many of them approached and warmly welcomed us. We entered the modern sanctuary and took our seats. A band began to lead the congregation in worship. The music was beautiful and polished. And the sermon the pastor gave was anointed, relevant, and deeply rooted in God’s Word.

After the service, we were approached again by all these young people our age. “We want to invite you to our Bible study tomorrow night… on Tuesday, we have couples night… on Wednesday, we’re having a family basketball game in the attached gym… On Thursday is our praise and worship evening… On Friday is our….” As I listened, I realized that this truly was a Christian community, not just in name. Not just for one hour on Sunday.

We returned to our car where I sat in stunned silence. “We need this,” I said to my wife. You see, the first thing the early Church did was form community, almost instinctually. But my parish was anything but. “Yes, we have the Eucharist,” I said to my wife, “but we are not just spiritual but also social beings. We need the Body of Christ in community as well. After all, didn’t Jesus say, ‘This is how all will know that you are my disciples, if you have love for one another.’? [1]John 13:35 Maybe we should come here… and go to Mass on another day.”

I was only half-kidding. We drove home confused, sad, and even a bit angry.

That night as I was brushing my teeth and getting ready for bed, barely awake and sifting through the earlier events of the day, I suddenly heard a distinct voice within my heart:

But God had to fix my heart which, by then, was pretty disillusioned. The Church seemed on life support, youth were leaving in droves, the truth was simply not being taught, and the clergy seemed oblivious.

A few weeks later, we visited my parents. My mother plopped me down in a chair and said, “You’ve got to watch this video.” It was the testimony of an ex-Presbyterian minister who despised the Catholic Church. He set out to utterly debunk Catholicism as a “Christian” religion that he alleged was merely inventing “truth” and deceiving millions. But as Dr. Scott Hahn dove into the teachings of the Church, he found that he was able to trace them as being consistently taught, through 20 centuries, back to the Scriptures. The truth, as it turned out, was indeed protected by the Holy Spirit, despite the obvious flaws and corruption of some individuals within the Church, including popes.

By the end of the video, tears were streaming down my face. I realized that I was already home. That day, a love for the Catholic Church filled my heart that transcended all the weakness, sinfulness, and poverty of her members. With that, the Lord put a hunger in my heart for knowledge. I spent the next two to three years learning what I had never heard from the pulpit on everything from purgatory to Mary, the Communion of Saints to papal infallibility, from contraception to the Eucharist.

It was at that time that I heard that Voice speak again in my heart: “Music is a doorway to evangelize.”

Last week, I announced our appeal to my readership, which now numbers in the tens of thousands worldwide. The appeal is to support this ministry which, as I’ll continue to share this week, has evolved into mostly an outreach to where people are: online. Indeed, the internet has become The New Streets of Calcutta. You can donate to this mission by clicking the button below.

So far, about 185 readers have responded. Thank you so much, not only to those who have donated, but also to those of you who can only pray. We know these are hard times for a lot of folks—Lea and I do not want to add hardship to anyone. Rather, our appeal is to those who can support this full-time ministry financially to cover our staff, expenses, etc.  Thank you, and may the Lord return your love, prayers, and support a hundred-fold.

It seems fitting to share with you this praise song which I wrote many years ago, especially as I share my journey with you this week…

“Your writing has saved me, made me follow the Lord, and has affected hundreds of other souls.” —E.L.

“I’ve been following you the past few years and as a result I now truly believe you are ‘God’s voice crying in the wilderness’! You’re ‘Now Word’ pierces the overwhelming darkness and confusion that confronts us each day. Your ‘Word’ sheds light on  the ‘truths’ of our Catholic faith and the ‘times we are in’ so that we can make right choices. I believe you are ‘a prophet for our times’! I thank you for your faithfulness to you’re apostolate and your consistent endurance of the attacks of the evil one who’s desperately trying to take you out!! May we all take up our cross and your ‘Now Word’ and run with them!!” —R.J.

Thank you from both Lea and I.

Posted in HOME, MY TESTIMONY, WHY CATHOLIC?.