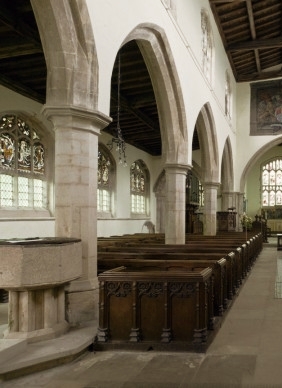 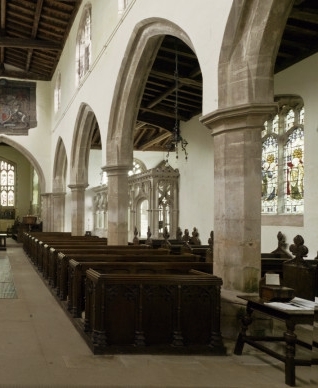 ECUMENISM. Now there’s a word that, ironically, can start wars.

Over the weekend, those subscribed to my weekly reflections received The Coming Wave of Unity. It speaks of the coming unity that Jesus prayed for—that we would “all be one”—and was affirmed by a video of Pope Francis praying for this unity. Predictably, this has created confusion among many. “This is the beginning of the one world religion!” say some; others, “This is what I have been praying for, for years!” And yet others, “I am not sure if this is a good or a bad thing….” Suddenly, I hear again the question that Jesus directed to the Apostles: “Who do you say I am?” But this time, I hear it re-phrased to refer to His body, the Church: “Who do you say My Church is?”

In today’s Gospel, The disciples and scribes were arguing when Jesus descended from Mount Tabor after the Transfiguration. Perhaps it was an extension of what was being discussed a few verses earlier in the Gospel of Mark:

Elijah will indeed come first and restore all things, yet how is it written regarding the Son of Man that he must suffer greatly and be treated with contempt? (Mark 9:12)

You see, the scribes expected Elijah to come and bring about an era of peace and justice in which a political Messiah would overthrow the Romans and restore Jewish rule. The Apostles, on the other hand, had just been told that the Messiah must “suffer and die.” And then there was the “large crowd” surrounding them who, when they saw Jesus, were “utterly amazed”—to them, He was simply a miracle-maker. So much confusion over Christ’s mission!

Jesus said, “I am the way, the truth, and the life”—not just, I am the way, or merely, I am the truth—but all three. We should therefore see these reflected in His mystical body as well. To be certain, there are some who say that the Church is merely the “way” of Christ, that is, of social justice and preference for the poor—and that is all that is necessary. Then there are those who say that all that is necessary is a strict adherence to her doctrines, to the “truth.” And yet others say that the Church is all about experiencing the “life” of Christ in the charisms, worship, and experience of prayer. The problem lies not in these particular visions of the Church’s mission, but rather in the myopic notion that excludes one or the other.

Today’s readings affirm that all three visions are part of the Church’s mission and identity: We are all called to live our faith through good works to bring about justice and peace in our world—the “way”:

Who among you is wise and understanding? Let him show his works by a good life in the humility that comes from wisdom. (First reading)

The foundation of our good works are the precepts and commandments of God found in Sacred Tradition—the “truth”:

The decree of the LORD is trustworthy, giving wisdom to the simple. (Today’s Psalm)

And the power of the truth is demonstrated through the charisms and incarnated through prayer and intimacy with God—the “life”:

Everything is possible to one who has faith. (Today’s Gospel)

It is clear then, is it not, where the wars and “jealousy and selfish ambition” between us come from? A lack of humility, of obedience to the commandments, and of faith in the power of God. All three are necessary.

That is the beginning of authentic ecumenism.