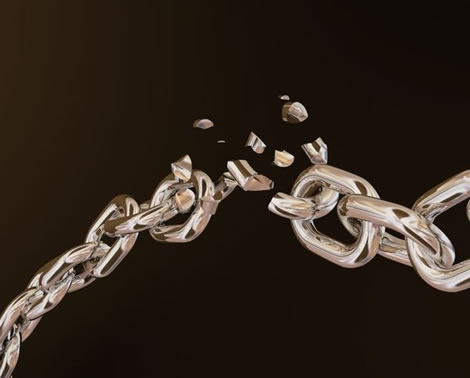 EVEN before the Church was conceived from the pierced Heart of Jesus and birthed at Pentecost, there was division and infighting.

Once again, in today’s Gospel, we see how the Apostles cannot comprehend the mission of Jesus. They have eyes to see, but cannot see; ears to hear, but cannot understand. How often they want to remake Christ’s mission into their own image of what it should be! But He continues to present them with paradox after paradox, contradiction after contradiction…

The Son of Man is to be handed over to men and they will kill him… If anyone wishes to be first, he shall be the last of all and the servant of all… Whoever receives one child such as this in my name, receives me…

The Apostles, and most everyone else, were scandalized because Jesus seemed to distort the role of Messiah or compromise the Jewish tradition. He called tax collectors to become the foundation of the Church without asking for a resumé. He reached out to prostitutes, praised Samaritans, healed on the Sabbath, and openly dined and dialogued with scoundrels like Zacchaeus… Yes, Jesus was an absolute disaster for those who wanted to see a Super-Scribe and Paragon-Priest for their Messiah; a man who would damn the Romans, demonize the pagans, and condemn anyone who didn’t fall into line. But what’s this? He’s holding children? Praising pagan’s faith? Dialoguing with women and thieves? Welcoming them into Paradise? And He—the Messiah—is hanging upon a cross? God—crucified??

I tell you, things have not changed much, not much at all. The internet is alight right now with Catholics who, like the Apostles, cannot grasp the signs of the times. They want a Pope who will stick it to the liberals! Damn the heretics! Burn the modernists at the stake! But what’s this? He’s meeting atheists? Shaking hands with pagans? Reaching out to Muslims? Dining and dialoguing… with Protestants? Protestants!!? His papacy is an absolute disaster to them.

And yet, like Jesus, Pope Francis has not changed one single letter of the law. [1]cf. Matt. 5:18

Pope Francis has clearly reaffirmed the Church’s moral teaching, in accord with her unbroken tradition. What, then, does he want us to understand about his pastoral approach in general? It seems to me that he first wishes to have people set aside every obstacle which they imagine to prevent them from responding with faith. He wants, above all, that they see Christ and receive His personal invitation to be one with Him in the Church. —Cardinal Raymond Burke, L’Osservatore Romano, Feb. 21, 2014

This is the novelty: a great pastoral vein that does not lose the moral and doctrinal stature. I believe this is the key to understand the Pontiff. —Cardinal Poli, Pope Francis’ successor in Buenos Aires, Argentina; Feb. 24th. 2014, Zenit.org

Jesus said he came to do the Father’s will, not His own. Pope Francis said, “The teaching of the Church, for that matter, is clear and I am a son of the Church, but it is not necessary to talk about these issues all the time.” [2]cf. AmericaMagazine.org, Sept. 30th, 2013 As such, he has proven over and over and over again in his homilies, exhortation, and encyclical that the truth is not up for grabs. [3]cf. Who Said That? But of course, his detractors are too busy arguing like the Apostles about who is more Catholic, than actually reading them.

And like the Apostles who did not understand the miracle of the loaves because their “hearts were hardened”, [4]cf. Mk. 6:52 so too many condemn Francis for speaking in the “language of the heart” rather than “theologese.” Like the Pharisees, instead of rejoicing in the humility, benevolence, and charity the Pope shows toward every single soul he meets, they watch like hawks for him to “prove” he is a modernist or Freemason. Indeed, the Pharisees mocked Christ’s goodness and insisted rather that He was “possessed by Beelzebul.” [5]cf. Mk 3:22

If ecumenism begins in humility, obedience, and faith, then truly the end of it is the opposite.

God resists the proud, but gives grace to the humble. (First reading)

Unity among the Apostles broke down as soon as they became proud.

If anyone wishes to be first, he shall be the last of all and the servant of all… (Gospel)

Unity among the early Christians began to dissolve as soon as they became worldly.

Where do the wars and where do the conflicts among you come from? Is it not from your passions that make war within your members? …Therefore, whoever wants to be a lover of the world makes himself an enemy of God. (First reading)

Unity among the churches broke down as soon as faith in Christ’s Word that He would build His Church—even upon the weaknesses of Peter—was lost. Yes, Martin Luther lost faith in Christ’s promise; he could not see past the scandals of the day to the Spirit at work in the cross of human nature—and he became a schismatic.

Today, I am alarmed at the number of “conservative” Catholics who have likewise lost faith in Jesus who continues to build His Church, not on sand, but on the rock of Peter to whom He said: “I have prayed that your own faith may not fail; and once you have turned back, you must strengthen your brothers.” [6]cf. Lk 22:32 Yes, they have lost faith in Jesus’ prayer, in Jesus’ promise, and have now become a magisterium of the Magisterium! They have decided that the pastoral approach of Pope Francis is decidedly wrong, and therefore, declared him to be a false prophet. They have discarded oral and written tradition for false and speculative prophecies. They have, in one fell swoop, through mistrust and suspicion, thrown Matthew 16 and the keys of the kingdom into the dust bin of history.

I hear again, louder and louder, the words that I heard in my heart after Benedict XVI resigned, that we are “entering into dangerous days” and “great confusion.” [7]cf. Understanding Francis I hear St. Paul crying out again…

Whoever teaches something different and does not agree with the sound words of our Lord Jesus Christ and the religious teaching is conceited, understanding nothing, and has a morbid disposition for arguments and verbal disputes. From these come envy, rivalry, insults, evil suspicions, and mutual friction… (1 Tim 6:3-5)

…we must have sincere trust in our fellow pilgrims, putting aside all suspicion or mistrust, and turn our gaze to what we are all seeking: the radiant peace of God’s face. Trusting others is an art and peace is an art. —POPE FRANCIS, Evangelii Gaudium, n. 244

The only way unity is going to be accomplished is supernaturally. That is, through love—because God is love. Doctrines do not unite us, but love. Love, then, leads us to the doctrines so that the truth can set us free and purify our love. [11]cf. 1 Pt. 1:22; Love Paves the Way Yes, “the way” leads us to “the truth” so that we may have “the life” in abundance. [12]cf. Jn. 10:10 But just as Jesus did not compromise by loving others—even His enemies—so too, unity with others does not imply compromise. In fact, if Jesus called us to love our enemies, how much more should we love those who are baptized and profess Jesus Christ as Lord.

This apostolate depends entirely on the support
of its readers. Prayerfully consider contributing to this work.
Bless you.