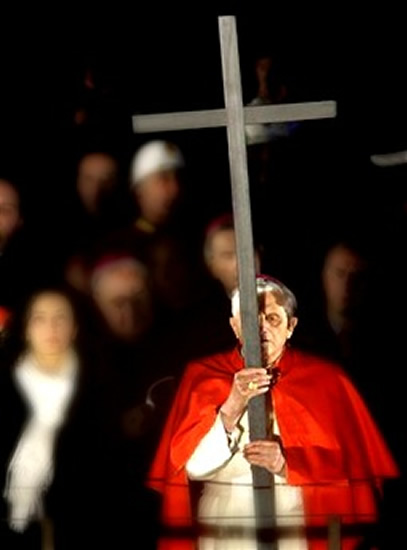 THE WIND AT  THEIR BACKS

I finished the article and flipped to another titled, “Should the Pope Face Charges?” It highlights once again the horrific scandal in the Church that continues to come to light: that some Catholic priests have been sexually abusing children.

So many cases emerged that the U.S. Catholic Bishops Conference commissioned an expert study, which concluded in 2004 that, since 1950, 10,667 individuals had made plausible allegations against 4,392 priests, 4.3 per cent of the entire body of clergy in that period.  —Brian Bethune, Maclean’s, September 20th, 2010

In a bold statement to reporters on his flight to the U.K., Pope Benedict responded that he was ‘shocked and saddened’, in part, because priests take vows to be Christ’s voice upon ordination.

“It’s difficult to understand how a man who has said this could then fall into this perversion. It’s a great sadness… It’s also sad that the authority of the church wasn’t sufficiently vigilant, and not sufficiently quick or decisive to take necessary measures… —POPE BENEDICT XVI, Pope admits church failures in sex abuse scandal, September 16th, 2010; www.metronews.ca

But the magazine article I was reading went on to all but accuse Pope Benedict of being an accessory to pedophilia by allegedly not doing his part to stop it. Nothing said about the contrary evidence, of course. No mention that when he was a cardinal, he did more in the Vatican to deal with these scandals than anyone else. Rather, human rights jurists, the article went on to say…

…think the wind is at their backs, a wind strong enough to rattle stained-glass windows everywhere, and that someday soon not even a pope will be above the law.   —Brian Bethune, Maclean’s, September 20th, 2010 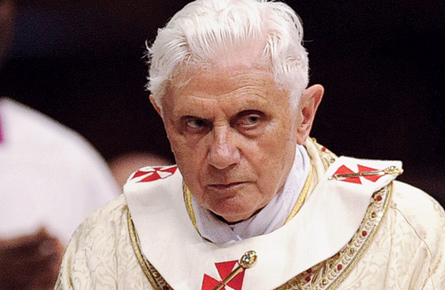 Indeed, calls for the pope to be arrested and brought before the International Court have been tossed about in British tabloids. He’s been the brunt of tasteless comedians, disparaging cartoons, and unrestrained mockery. With no seeming end of the scandalous revelations in sight, it would seem the time is ripe for an aggressive assault on the very foundations of the Church.

Ironically, as I was reading that article, the pope was complimenting the United Kingdom on its efforts, “to be a modern and multicultural society,” and that,

In this challenging enterprise, may it always maintain its respect for those traditional values and cultural expressions that more aggressive forms of secularism no longer value or even tolerate. —POPE BENEDICT XVI, Address to state authorities,
Palace of Holyroodhouse; Scotland, September 16th, 2010; Catholic News Agency

Those words were a warning that could only be understood in the context of what he said moments earlier in his address:

…we can recall how Britain and her leaders stood against a Nazi tyranny that wished to eradicate God from society and denied our common humanity to many, especially the Jews, who were thought unfit to live… As we reflect on the sobering lessons of the atheist extremism of the twentieth century, let us never forget how the exclusion of God, religion and virtue from public life leads ultimately to a truncated vision of man and of society and thus to a “reductive vision of the person and his destiny (Caritas in Veritate, 29).  —Ibid.

Clearly, the Holy Father sees rising, once again, new ‘aggressive’ attempts to not only silence the Church, but silence God, if that were possible.

THE RISE OF THE NEW PERSECUTION

I set the magazine down, and watched the rugged American landscape of Montana roll past my window. Once again, a strange “word” rolled through my mind that I have felt the Lord speak to me before. That America, somehow, is the “stopgap” that has prevented the outright global persecution of the Catholic Church. I say strange, because it is not something immediately evident…

America, because of its place in the world as a dominant superpower, has been a guardian of democracy. 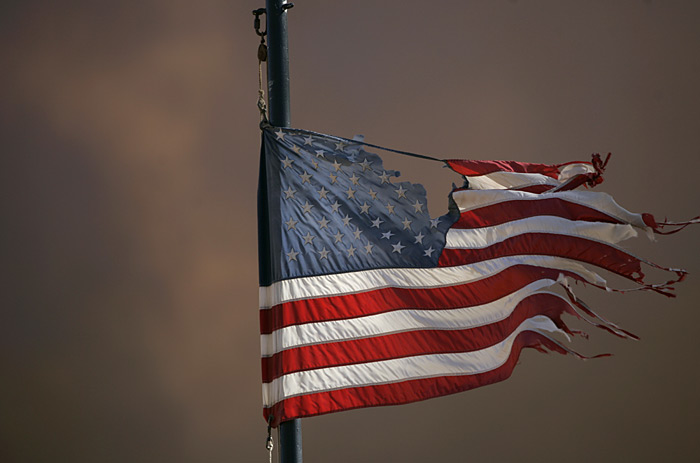 I say this, despite some painful contradictions in what has happened in Iraq, etc. Nonetheless, freedom (particularly freedom of religion) has for the most part been guarded in North America and other places against Communism and other tyrannies precisely because of America’s military dominance and economic power.

But now, says the founder of the Huffington Post,

As we watch the middle class crumbling, for me this is a major indication that we are turning into a Third World country. —
Arianna Huffington, Maclean’s interview, September 16th, 2010

Add to her voice that of honest politicians, economists, and world bodies such, as the International Monetary Fund, who are increasingly warning that America’s foundations are beginning to crumble under its enormous debt. I have written before that Revolution is coming. But it will only come when the social order has been sufficiently destabilized, and then, the opportunity for a new political order is possible. That destabilization is coming hard and fast, it seems, as unemployment and poverty in the U.S. rises and the possibility for social chaos, such as we see breaking out in other third world countries, becomes less remote.

Far from a speculation, several popes have been warning for decades that such a revolution has been the intention all along of secret societies working parallel to governments (see We Were Warned). With the collapse of the United States, the door will be open for a new super-power—or super-world government—to assert a mode of governance that does not place the intrinsic freedom and dignity of the human person at its center, but instead profitability, efficiency, ecology, the environment, and technology as its primary goal.

…without the guidance of charity in truth, this global force could cause unprecedented damage and create new divisions within the human family… If there is a lack of respect for the right to life and to a natural death, if human conception, gestation and birth are made artificial, if human embryos are sacrificed to research, the conscience of society ends up losing the concept of human ecology and, along with it, that of environmental ecology. It is contradictory to insist that future generations respect the natural environment when our educational systems and laws do not help them to respect themselves. —POPE BENEDICT XVI, Encyclical Charity in Truth, Ch. 2, v.33x; n. 51

But who is listening to the pope? The credibility, and hence moral authority of the Church, is being swept away by a tsunami of moral relativism that is flooding the world and sectors of the Church alike, as now evidenced in these scandals and the general falling away from the faith. At the same time, America—that stopgap that is holding back a political tsunami—is also losing its foothold in the world. And once that’s gone, there would seem to be only one restrainer left that would keep a spiritual tsunami of deception from sweeping the earth:

Indeed, we now see arising the clouds of a perfect storm, the ideal opportunity for a new global order to arise that shakes off the shackles of “capitalist democracy” and “institutional religion.”

AMERICA THE BEAUTIFUL, PETER THE ROCK

As my plane finally landed on the tarmac of American soil, I pondered what Venezuelan mystic and Servant of God, Maria Esperanza said about this great country:

As the star spangled banner quietly flaps in the breeze outside my hotel room and a deep love for this people wells up in my heart, I wonder again about those mysterious words spoken at the very end of Benedict XVI’s first homily when he became Pope…