THE COLLAPSE OF THE ORDER

As I drove through the United States two years ago on a concert tour, I marveled at the quality of living I witnessed in nearly every state, from the caliber of the roads, to the abundance of material wealth. But I was taken aback by the words I heard in my heart:

It is an illusion, a lifestyle which has been borrowed.

I was left with the sense that it was all about to come crashing down.

I know what the media is saying today: predictions of a deep recession, a serious economic slow-down, a major stock market correction etc. But, that is not what I believe is here and is coming. Now, let me say right out that I may be wrong; that this writing apostolate of the past three years has derailed; that I am a delusional fool bereft of reality. But, let me at least be a committed fool. I believe what the Lord has been forming me to write, preparing me to say, and inspiring me to voice is that the end of this era is upon us. The old order which, from roughly the time of the French Revolution until now, is crumbling like a house built on sand, and the winds of change are beginning to carry it away.

The first element of collapse—that which we are currently witnessing—is the economy. It is a modern construct built on greed, on the rotting decay of capitalism gone sour. It’s moat is filled with the blood of the innocent, the unborn destroyed in the womb. From a purely economic standpoint, some 50.5 million abortions since 1970 have cost the U.S. $35 trillion dollars in lost Gross Domestic Product (LifeSiteNews.com, Oct 20th, 2008). And now America is poised to elect the most pro-abortion president in its history who is on record for wanting to keep legal the most heinous forms of infanticide such as partial birth abortion and live birth abortion.

Again, I am not an economist; at best a simple evangelist. But I believe we are going to see the utter collapse of the American currency which drives much of the world’s economy—and sooner than many people realize. (At the end of this writing below, I have pasted a video which you may want to watch of an interview on mainstream television (CNN) with some candid remarks that echo the things which have been warned about here.) When this happens, the dollar will be worthless, and then the second element of collapse will begin to occur: that of the social order…

It is difficult for me to write these things because it is not my intention to scare anyone. But if you are prepared, then you won’t panic when these things begin to happen. Rather, it is my hope that you will trust entirely in Jesus as the Israelites relied upon Him in the midst of the desert to provide for them heavenly manna.

The difference between the coming “depression” and the Great Depression of the last century is that most people back then were not entirely dependent upon the social structure or government for their basic sustenance. Many were farmers who continued to live off the land, albeit meagerly. But today, there is a tremendous dependence upon the state for basic necessities such as water, electricity, and natural gas for heating. There are no hand-pumps to draw water; there are few lanterns to light at dusk; and even if one has a fireplace or stove, the way homes are built today makes them virtually impossible to heat except for one or two rooms.

And then there is the dangerous reliance upon large corporations to provide our food, rather than local growers. When the currency collapses, businesses and infrastructure often follow. Shipping may come to a grinding halt, food supplies will quickly dwindle, and basic necessities such as prescription drugs and toilet paper may be difficult to find. 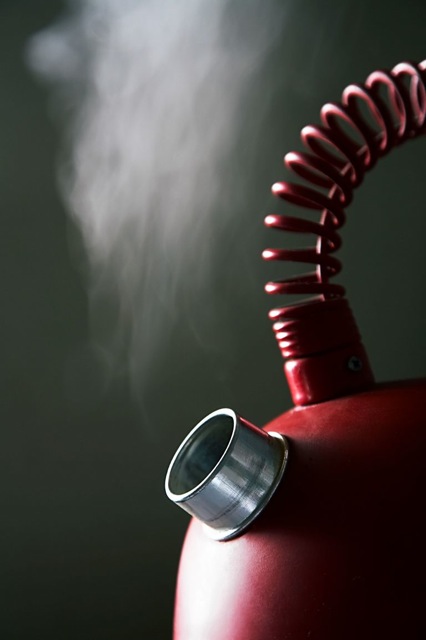 There is an anger and frustration seething below the surface of this generation… a generation which has been raised on the straw of materialism leaving it spiritually malnourished. We are seeing this manifest in family divisions, increased violent crime, and high suicide rates. It is division not only within the culture, but the Church herself. It is a society which has been slowly drawn away from independence to near complete reliance upon the state. The collapse of the social order on such a precarious precipice of vulnerability is, I believe, what Cardinal John Henry Newman foresaw:

…If there is to be a persecution, perhaps it will be then; then, perhaps, when we are all of us in all parts of Christendom so divided, and so reduced, so full of schism, so close upon heresy. When we have cast ourselves upon the world and depend for protection upon it, and have given up our independence and our strength, then [Satan] may burst upon us in fury as far as God allows him. Then suddenly the Roman Empire may break up, and Antichrist appear as a persecutor, and the barbarous nations around break in. —Venerable John Henry Newman, Sermon IV: The Persecution of Antichrist

When food is scarce, borders vulnerable (if not breached), and the civil order is in chaos, the conditions are ripe for a new political order. Martial law becomes a means of controlling the civilian population. Extraordinary measures against a nation’s own civilians can be easily justified. But when this chaos extends beyond a country’s own borders and engulfs many parts of the world, then perhaps it is necessary for a New World Order.

Is this a bad thing? Pope John Paul II once preached:

Do not be afraid! Open, open all doors to Christ. Open borders of countries, economic and political systems… —Pope John Paul II: A Life in Pictures, p. 172

This sounds like a call for a new world order. But the key to it this: it is an opening of nations, economies, and political structures “to Christ.” The danger, which his successor Pope Benedict XVI continues to sound, is that leaving Christ out of our nations, our economic policies, and democracies will not lead to freedom, but to the abuse of liberty. It is precisely this abuse of liberty on a grand scale which is, in part, the trumpet of warning which I feel the Lord has called me to blow in these days. I believe it is the central reason that God has sent His mother, “the Woman clothed in the sun,” as the fulfillment of Revelation (see chapters 12 & 13), apparitions which began with St. Catherine Labouré shortly after the French Revolution. At the time of the Woman’s appearance there is a great battle with a “dragon”—Satan, who gives his power to a “beast” who wages war against the Church, and draws the whole world to himself in a global eco-politico-religious movement (see The Seven Year Trial series).

GOD IS OUR REFUGE

Where, then, is our refuge in these days? Gold?

Neither their silver nor their gold shall be able to save them… (Zephaniah 1:18)

Do not store up for yourselves treasures on earth… (Matt 6:19)

Tell the rich in the present age not to be proud and not to rely on so uncertain a thing as wealth but rather on God… (1 Tim 6:17)

For when the dragon, having stripped the Church of her reliance upon this world’s supports, stands ready to devour her, Scripture says:

God must be our refuge in these days of the Great Storm which has now covered the earth. This is not the time for comfort, but the time for miracles. For those who renounce their earthly possessions and put their trust in God, Jesus Christ will be their treasure. Yes, store up a bit of food, some practical items, and keep whatever cash you can on hand rather than in the bank. Do not hoard supplies, and if someone asks you for help, give it freely and joyfully.

Without doubt, there will certainly be hardships ahead for all of us. But if Babylon collapses all around you, it will bring you no harm, for your heart is not here to begin with…