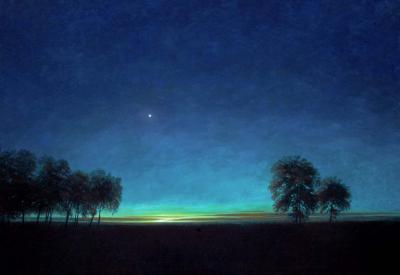 The young have shown themselves to be for Rome and for the Church a special gift of the Spirit of God… I did not hesitate to ask them to make a radical choice of faith and life and present them with a stupendous task: to become “morning watchmen” at the dawn of the new millennium. —POPE JOHN PAUL II, Novo Millennio Inuente, n.9; (cf. Is 21:11-12)

AS one of these “young”, one of the “children of John Paul II,” I have tried to respond to this overwhelming task asked of us by the Holy Father.

I will stand at my guard post, and station myself upon the rampart, and keep watch to see what he will say to me… Then the LORD answered me and said: Write down the vision clearly upon the tablets, so that one can read it readily.(Habb 2:1-2)

And so I wish to speak what I hear, and write what I see:

We are approaching the dawn and are crossing the threshold of hope into the The Day of the Lord.

Keep in mind, however, that the “morning” begins at midnight—the darkest part of the day. The night preceeds the dawn.

I feel the Lord urging me to write about the so-called “Day of the Lord” in the next few writings. It is a phrase used by both Old and New Testament writers to refer to the sudden and decisive arrival of God’s justice as well as the recompense of the faithful. Through the spiral of time, the “day of the Lord” has arrived in various forms in several generations. But what I speak of here is a coming Day which is universal, which St. Paul and Peter prophesied was coming, and which I believe is at the threshold…

The word “apocalypse” comes from the Greek apokalypsis which means “to reveal” or “unveiling.”

I have written earlier that I believe the veil is lifting, that the book of Daniel is being unsealed.

But note that an angel tells St. John in the Apocalypse:

That is, the events described in the Book of Revelation were already being “revealed” in St. John’s time, being fulfilled on one of its many multi-dimensional levels. Jesus also shows us this multi-dimensional aspect when He preached:

And yet, Jesus taught us to pray “Thy Kingdom come.” That is, the Kingdom is to be established on many levels between the Ascension of Christ and His eventual return in glory. One of those dimensions, according to the early Church Fathers, is a “temporal kingdom” where all the nations would stream to Jerusalem during a symbolic “thousand year” period. This will be a time when Jesus’s next words in the Our Father are fulfilled:

Thy will be done on earth as it is in Heaven.

That is, the temporal kingdom to be established will be the reign of God’s Divine Will throughout the entire world. It is clear that this is presently not the case, and since the word of God does not return to Him void until it has “achieved the end” for which He sent it (Isa 55:11), we await this time when in fact the Will of God will “be done on earth as it is in Heaven.”

Christians are called to prepare for the Great Jubilee of the beginning of the Third Millennium by renewing their hope in the definitive coming of the Kingdom of God, preparing for it daily in their hearts, in the Christian community to which they belong, in their particular social context, and in world history itself. —POPE JOHN PAUL II, Tertio Millennio Adveniente, n. 46

We may be tempted to pass off the Great Jubilee of the year 2000 as another “nice liturgical celebration” that has come and gone.  But I believe Pope John Paul was preparing us to anticipate the “coming of the Kingdom of God” in a profound manner.  That is, the time when Jesus, the “rider upon a white horse” who “judges and makes war” (Rev 19:11) comes to establish His justice upon the earth.

The Spirit of the Lord is upon me, because he has anointed me to bring glad tidings to the poor. He has sent me to proclaim liberty to captives and recovery of sight to the blind, to let the oppressed go free, and to proclaim a year acceptable to the Lord, and the day of reward. (Luke 4:18-19); from the NAB. The Latin Vulgate (and its English translation, the Douay-Rheims) add the words et diem retributionis “the day of retribution,” “recompense” or “reward”.

Since Christ’s coming, we have been living in that “year”, and have been witnesses to the “liberty” which Christ has wrought in our hearts. But this is only one level of fulfillment of that Scripture. Now, brothers and sisters, we anticipate a universal “year acceptable to the Lord”, the establishment of Christ’s merciful justice and Kingdom on a global scale. The Day of Reward. When?

The “day of reward” which is coming is “like a thousand years”, that is, the “thousand year” reign spoken of by St. John the beloved Apostle:

Then I saw an angel come down from heaven, holding in his hand the key to the abyss and a heavy chain. He seized the dragon, the ancient serpent, which is the Devil or Satan, and tied it up for a thousand years and threw it into the abyss, which he locked over it and sealed, so that it could no longer lead the nations astray until the thousand years are completed. (Rev 20:1-3)

This symbolic thousand year period is the liberation of…

…the whole creation [which] has been groaning in travail together until now… (Rom 8:22).

It is the establishment, on earth, of Christ’s reign, through His Church, in the Holy Eucharist. It will be a time when the intended purpose of the Great Jubilee is fulfilled: the liberation of the world from injustice. Now we have a deeper understanding of Pope John Paul’s actions during the year 2000. He was asking forgiveness for the sins of the Church, calling for the cancellation of debts, demanding assistance for the poor, and calling for an end to war and injustice. The Holy Father was living in the present moment, prophesying through his actions what is coming.

In this eschatological perspective, believers should be called to a renewed appreciation of the theological virtue of hope, which they have already heard proclaimed “in the word of the truth, the Gospel” (Col 1:5). The basic attitude of hope, on the one hand encourages the Christian not to lose sight of the final goal which gives meaning and value to life, and on the other, offers solid and profound reasons for a daily commitment to transform reality in order to make it correspond to God’s plan. —Tertio Millennio Adveniente, n. 46

Ah, but when—when do we come to the full realization of this hope?

Daniel’s book is the key which unlocks this timing.

…keep secret the message and seal the book until the end time; many shall fall away and evil shall increase.

Though we now live in hope, we will embrace this hope in its fullest dimensions after a time of apostasy and great evil has seized the earth. A time Jesus spoke of when there would be great travails in nature and society, and when a great persecution of the Church would occur. A time when both Daniel and St. John speak of a political empire which was and will be again—a super-state which both Protestant and Catholic scholars agree is the “revived Roman Empire.”

But above all, it will be a time when the rider of the white horse, Jesus Christ, will intervene in a decisive way in history, to conquer the Beast and his False Prophet, to purify the world of wickedness, and establish throughout the nations His truth and justice.

It will be the vindication of Wisdom.

Yes, brothers and sisters, as I sit upon this rampart, I see the dawning of a new era, the rising of the Sun of Justice to inaugurate the “day of reward”, the Day of the Lord. It is near! For shining brightly this moment in the firmament announcing the dawn, is the morning star: the woman clothed in the Sun of Justice.

It is Mary’s prerogative to be the Morning Star, which heralds in the sun. She does not shine for herself, or from herself, but she is the reflection of her Redeemer and ours, and she glorifies Him. When she appears in the darkness, we know that He is close at hand. He is Alpha and Omega, the First and the Last, the Beginning and the End. Behold He comes quickly, and His reward is with Him, to render to everyone according to his works. “Surely I come quickly. Amen. Come, Lord Jesus.” —Cardinal John Henry Newman, Letter to the Rev. E. B. Pusey; “Difficulties of Anglicans”, Volume II