THE NOW WORD ON MASS READINGS
for May 8th, 2014
Thursday of the Third Week of Easter 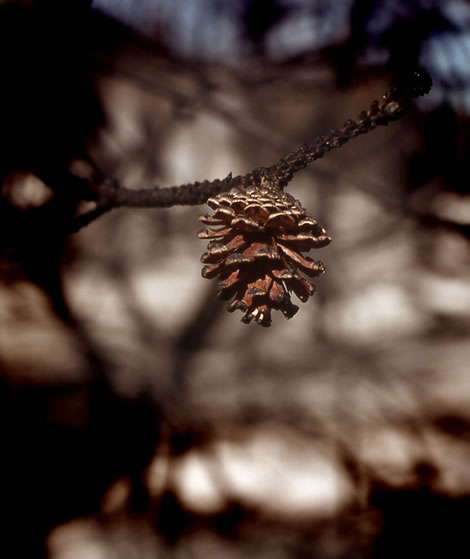 WHILE a forest fire can devastate the trees, it is precisely the heat of fire that opens up pine cones, thus, reseeding the woodland all over again.

Persecution is a fire that, while consuming religious freedom and purifying the Church of dead wood, opens up seeds of new life. Those seeds are both the martyrs who give witness to the Word by their very blood, and those who witness by their words. That is, the Word of God is the seed that falls into the ground of hearts, and the blood of the martyrs waters it…

The Eunuch from Ethiopia had to come to Jerusalem to worship at about the same time that there “broke out a severe persecution of the Church.” [1]cf. Acts 8:1 While some, such as Phillip, fled to neighboring towns, the Apostles stayed and continued to preach the Word. Obviously, something happened in Jerusalem that caused the Eunuch to begin soul searching. He would have heard of Saul’s terrible ‘executions’, but also of this “Jesus” who was being preached as the long-awaited Messiah. And so, the Eunuch began to question what was written in the Scriptures…

Like a sheep he was led to the slaughter, and as a lamb before its shearer is silent… (First reading)

But he could not understand.

Brothers and sisters, so it is again today: many no longer know who Jesus is. Yes, they’ve heard of Him either as a curse word, or some historical figure, or some guru with a “golden rule.” But St. John Paul II reminded us:

The mission of Christ the Redeemer, which is entrusted to the Church, is still very far from completion. As the second millennium after Christ’s coming draws to an end, an overall view of the human race shows that this mission is still only beginning and that we must commit ourselves wholeheartedly to its service. —Redemptoris Mission, n. 1

Today, the beautiful feet of those who bring the Good News are being prepared again. As it has been in the past, so will it be again that, through the persecution (purification) of the Church, the Lord will “break open” the mouths of His people to begin planting new seeds of His Word through our testimony.

Hear now, all you who fear God, while I declare what he has done for me. (Today’s Psalm)

Indeed, Pope Francis is calling the Church to return again to the “first” and basic message of the Gospel, the proclamation of Jesus as Lord through the witness and testimony of our lives. The manna of the world leads to death, and death is all around us. But Jesus…

…is the bread that comes down from heaven so that one may eat it and not die. (Gospel)

Just as the carbon from ash on the floor of a forest becomes a fertilizer for new seeds, so too, the fires of persecution will prepare the seedbed for a new springtime in the Church—a new evangelization that is here, and coming….

Then Philip opened his mouth and, beginning with this Scripture passage, he proclaimed Jesus to him… and he baptized him… (First reading)