THE NOW WORD ON MASS READINGS
for May 7th, 2014
Wednesday of the Third Week of Easter 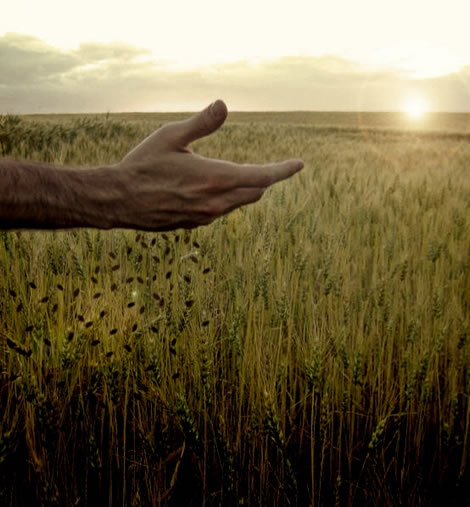 WHEN was Jesus finally tried and crucified? When light was taken for darkness, and darkness for light. That is, the people chose the notorious prisoner, Barabbas, over Jesus, the Prince of Peace.

Then Pilate released Barabbas to them, but after he had Jesus scourged, he handed him over to be crucified. (Matt 27:26)

As I listen to reports coming out of the United Nations, we are once again seeing light being taken for darkness, and darkness for light. [1]cf. LifeSiteNews.com, May 6th, 2014 Jesus was portrayed by His enemies as a disturber of the peace, a potential “terrorist” of the Roman state. So too, the Catholic Church is fast becoming the new terror organization of our times.

…speaking in defense of the life and the rights of the family is becoming, in some societies, a type of crime against the State, a form of disobedience to the Government… —Cardinal Alfonso Lopez Trujillo, former President of the Pontifical Council for the Family, Vatican City, June 28, 2006

But when persecution broke out against the early Church—deemed “terrorists” by the Pharisees—they did not hide the Gospel. Rather…

…those who had been scattered went about preaching the word… and proclaimed the Christ to them. (First reading)

The greatest defense of mankind is the same as it was 2000 years ago: that Truth itself, Jesus Christ, is our savior, the one who delivers us from the powers of evil. He alone is the source of true joy.

…unclean spirits, crying out in a loud voice, came out of many possessed people, and many paralyzed and crippled people were cured. There was great joy in that city. (First reading)

Joy, because even the hardest sinner heard the apostle preaching Christ’s message:

Persecution has the effect of scattering the Church, like seeds into the ground. But those seeds eventually bear life—and will again, as history has shown. Why? Because the true apostles of Christ do not return hate with hatred, but the seed of love.

…love your enemies, do good to those who hate you, bless those who curse you, pray for those who mistreat you. (Luke 6:27-28)

Indeed, the Centurion who chose the darkness of death, of crucifying the Lord, was eventually converted by Christ’s ineffable love and mercy. Likewise, the Roman Empire that persecuted the goodness and innocence of believers was eventually converted, as the witness of thousands of Christians became like a vast wheat field bearing fruit a hundredfold. So too, the reign of the Beast will be short—Christ will defeat this present darkness, and the Light of the world will shine to the ends of the earth through the saints of the new era. [2]cf. The Coming Dominion of the Church

So let us fix our eyes on the glory to come, that is, the salvation of souls harvested through our steadfast witness and fidelity to Jesus and His bride, the Church. Hasn’t it always been the case in salvation history that, whenever the people of God were backed up against the sea, hemmed in by their persecutors, Heaven brought about the most glorious ending?

He has changed the sea into dry land; through the river they passed on foot; therefore let us rejoice in him. He rules by his might forever. (Today’s Psalm)

The Hour of Glory

The Storm at Hand

Thank you for remembering us in your prayers!