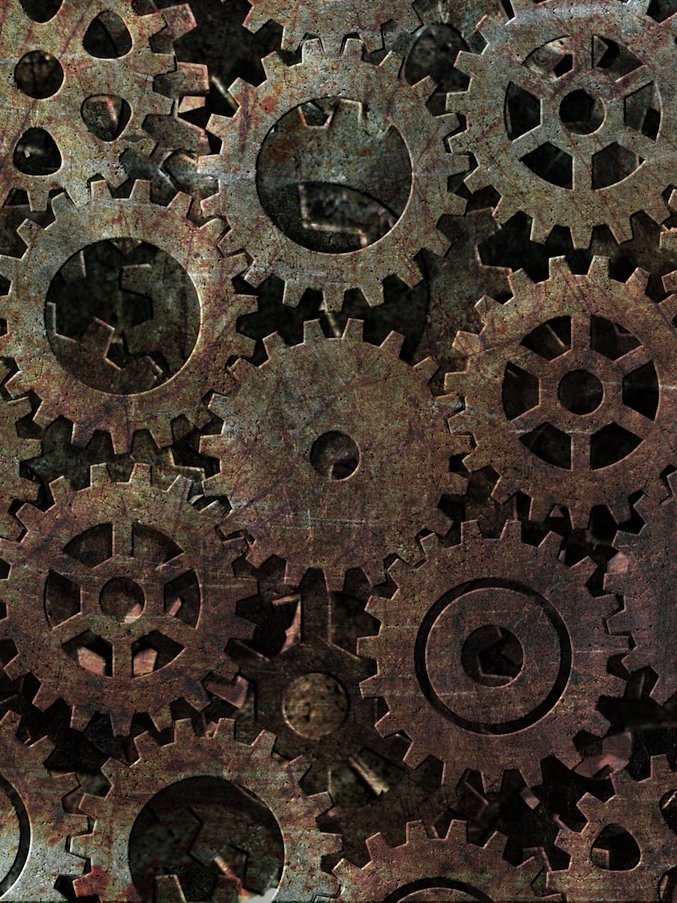 THIS past week, a “now word” from 2006 has been in the forefront of my mind. It is the meshing of many global systems into one, overwhelmingly powerful new order. It is what St. John called a “beast”. Of this global system, which seeks to control every aspect of people’s lives — their commerce, their movement, their health, etc. — St. John hears the people cry out in his vision…

Of this beast, the prophet Daniel recorded:

…in the visions of the night I saw a fourth beast, terrifying, horrible, and of extraordinary strength; it had great iron teeth with which it devoured and crushed, and it trampled with its feet what was left. (Dan 7:7)

We are so close now to the final step: a digital currency in which your paper money and coins will become useless. In this new system, you will have a Digital ID. Tied to this ID will be your bank accounts, memberships, social credit score, and most significantly, health status. If you want to buy groceries from the local store, go to a pharmacy, or buy gasoline, you will require this digital access. However, if your “vaccine” status is not up to date, or your social score is low (ie. you have spoken out against gender ideology or abortion, for example), you may find that access to your accounts is blocked until you comply. Everything is in place now for this system. It’s brilliant. It’s inevitable. It’s diabolical.

In messages to Italian seer Gisella Cardia this week, Our Lady says: “Everything is ready,” and “Now the time of battle has come: you have given birth to a humanity without God, you have allowed an idol to enter in place of God in the Church and have worshipped it in His place.”

What is this idol? Some might say it is Pachamama and the adoration of mounds of dirt — “Mother Earth” — that took place in the Vatican gardens… others may say it is the cancellation of the Eucharist while churches became vaccine centers (the “eighth sacrament“)… and yet others may believe it is the spirit of apostasy that has now infected a portion of the hierarchy who are advancing a perverse agenda… It is “an idol” Our Lady says, which is a precursor to the Antichrist himself:

Let no one deceive you in any way; for that day will not come, unless the rebellion [apostasy] comes first, and the man of lawlessness is revealed, the son of perdition who opposes and exalts himself against every so-called god or object of worship, so that he takes his seat in the temple of God, proclaiming himself to be God. (2 Thessalonians 2:3-4)

How far away is this moment? We do not know except that we see the Great Gears of this beast are now interlocked. All that is left is for this diabolical machine to be beginning turning through the right set of crises…

The following was published on December 10th, 2006…

“IT is nearly complete.”

Those are the words that rang in my heart this weekend as I pondered the tremendous shift away from the Gospel in North America during the past few weeks. Those words were accompanied by the image of several machines with gears. These machines—political, economical, and social, operating throughout the world—have been running independently for several decades, if not centuries.

But I could see in my heart their convergence: the machines are all in place, about to mesh into one Global machine called “Totalitarianism.” The meshing will be seamless, quiet, barely noticed. Deceptive.

At the same time, the Lord began to reveal to me the counter-plan:  The Woman Clothed with the Sun (Rev 12). I was so full of joy by the time the Lord was finished speaking, that the plans of the enemy seemed minuscule in comparison. My feelings of discouragement and a sense of hopelessness vanished like fog on a summer morning.

Do not be provoked by evildoers; do not envy those who do wrong. Like grass they wither quickly; like green plants they wilt away. Trust in the LORD and do good that you may dwell in the land and live secure… Commit your way to the LORD; trust that God will act and make your integrity shine like the dawn, your vindication like noonday.

Be still before the LORD; wait for God. Do not be provoked by the prosperous, nor by malicious schemers. Those who do evil will be cut off, but those who wait for the LORD will possess the land.

The wicked draw their swords; they string their bows to fell the poor and oppressed, to slaughter those whose way is honest. Their swords will pierce their own hearts; their bows will be broken.

I have seen ruthless scoundrels, strong as flourishing cedars. When I passed by again, they were gone; though I searched, they could not be found… The salvation of the just is from the LORD, their refuge in time of distress. The LORD helps and rescues them, rescues and saves them from the wicked, because in God they take refuge. (Psalm 37)

Putting the Branch to God’s Nose

Posted in HOME, THE GREAT TRIALS and tagged antichrist.