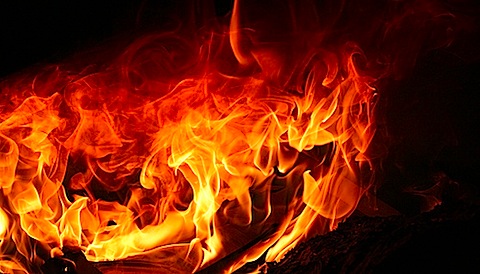 WHAT exactly will happen during the Illumination of Conscience? It is an event in which souls will encounter the living flame of Love who is Truth.

Purgatory is a state of grace given to redeemed souls who are not yet “holy and without blemish” (Eph 5:27). It is not a second chance, but a purification to prepare the soul for union with God. My sins may be forgiven, but my love for Him may still be mingled with self-love; I may have forgiven my neighbour, but my charity toward him may still be imperfect; I may have given alms to the poor, but remain attached to temporal things. God can only take to Himself that which is pure and holy, and therefore, everything which is not of Him is “burned up,” so to speak, in the fire of Mercy. Hell, on the other hand, is not a fire which purifies—for the unrepentant soul has chosen to cling to his sin, and therefore, it burns eternally in the fire of Justice.

The coming Illumination, or “warning,” is to reveal to humanity this impurity beforehand, which at this time in history, unlike previous generations, has an eschatological character as revealed through St. Faustina:

Write this: before I come as the just Judge, I am coming first as the King of Mercy. Before the day of justice arrives, there will be given to people a sign in the heavens of this sort: All light in the heavens will be extinguished, and there will be great darkness over the whole earth. Then the sign of the cross will be seen in the sky, and from the openings where the hands and the feet of the Savior were nailed will come forth great lights which will light up the earth for a period of time… You have to speak to the world about His great mercy and prepare the world for the Second Coming of Him who will come, not as a merciful Savior, but as a just Judge… Speak to souls about this great mercy while it is still the time for [granting] mercy. —Mary speaking to St. Faustina, Diary: Divine Mercy in My Soul, n. 83, 635

The Illumination is a last chance for the world to change its course, and thus, it is a fire which at once illumines and saves. In his encyclical, Spe Salvi, Pope Benedict could almost be describing this salient event when he refers to the particular judgment each one of us will face at the end of our lives, which may require “purgatory”—purging fire:

The fire which both burns and saves is Christ himself, the Judge and Saviour. The encounter with him is the decisive act of judgement. Before his gaze all falsehood melts away. This encounter with him, as it burns us, transforms and frees us, allowing us to become truly ourselves. All that we build during our lives can prove to be mere straw, pure bluster, and it collapses. Yet in the pain of this encounter, when the impurity and sickness of our lives become evident to us, there lies salvation. His gaze, the touch of his heart heals us through an undeniably painful transformation “as through fire.” But it is a blessed pain, in which the holy power of his love sears through us like a flame, enabling us to become totally ourselves and thus totally of God. —Spe Salvi “Saved In Hope”, n. 47

Yes, the Illumination is both a warning to repent, and an invitation to “become totally ourselves and thus totally of God.” What joy and zeal will be set afire in those who accept this invitation; what anger and darkness will consume those who refuse it. Salvation is open to all, and the souls of all will be laid bare as though it were a judgment in miniature:

Each man’s work will become manifest; for the Day will disclose it, because it will be revealed with fire, and the fire will test what sort of work each one has done. (1 Cor 3:13)

Some people have asked me if the Illumination is already happening. While, according to the mystics, the Illumination is definitely a global event, certainly God is constantly illuminating, purifying, and uniting our hearts to Him in so far as we give our “Great Yes.” In these days, I believe God has “sped up” the process, and is pouring out an ocean of graces, for the time is short. But these graces, while also for yourself, are intended to prepare you for the new evangelization which is here and coming. It is for this reason precisely that Jesus and Mary are preparing you now to become a living flame of love so that the grace of the Illumination may continue burning in souls whom you will encounter.

Faith is a journey of illumination: it starts with the humility of recognizing oneself as needy of salvation and arrives at the personal encounter with Christ, who calls one to follow him on the way of love. —POPE BENEDICT XVI, Angelus Address, October 29th, 2006

A cold log burns briefly as it passes through the fire, but if it is held above a flame, it will eventually catch fire. You are to be that flame. But as we know, flames may have varying colors, depending upon what is burning (“gold, silver, precious stones, wood, hay, or straw…” cf. 1 Cor 3:12). The hottest fire known to science is invisible. However, when impurities are added, colors can be emitted. The purer our hearts, the less the colors of “self” and the more the invisible, searing, transcendent presence of God can come through. That is why so many of us are suffering painful trials—not because God does not love us—but because He is drawing us deeper into His Sacred Heart so that we ourselves will eventually burst into pure flames of love!

Consider that as an object moves toward the Sun, it begins to glow more and more in its light. The closer it gets to the Sun, the more the object warms until it becomes so hot that it begins to transform. The closer it gets, the more radically the object is changed becoming more and more like the Sun to which it hastens until, at last, the object is so close to its goal, that it bursts into flame. It begins to rapidly change into the Sun itself until finally nothing of the object remains but fire, glowing, flickering, exploding flame as though itself were a Sun. While the object does not have the power and boundless energy of the Sun, nonetheless, it takes on the characteristics of the Sun such that the object and Sun are indistinguishable.

That which was at one time lost in the cold of space has now become Flame, itself casting light upon the universe.

The “living flame of love,” of which St. John [of the Cross] speaks, is above all a purifying fire. The mystical nights described by this great Doctor of the Church on the basis of his own experience corresponds, in a certain sense, to Purgatory. God makes man pass through such an interior purgatory of his sensual and spiritual nature in order to bring him into union with Himself. Here we do not find ourselves before a mere tribunal. We present ourselves before the power of love itself. Before all else, it is Love that judges. God, who is Love, judges through love. It is love that demands purification, before man can be made ready for that union with God which is his ultimate vocation and destiny. —POPE JOHN PAUL II, Crossing the Threshold of Hope, p. 186-187

All who die in God’s grace and friendship, but still imperfectly purified, are indeed assured of their eternal salvation; but after death they undergo purification, so as to achieve the holiness necessary to enter the joy of heaven…  sin, even venial, entails an unhealthy attachment to creatures, which must be purified either here on earth, or after death in the state called Purgatory. This purification frees one from what is called the “temporal punishment” of sin. These two punishments must not be conceived of as a kind of vengeance inflicted by God from without, but as following from the very nature of sin. A conversion which proceeds from a fervent charity can attain the complete purification of the sinner in such a way that no punishment would remain. —Catechism of the Catholic Church, n. 1030, 1472

Beloved, do not be surprised that a trial by fire is occurring among you, as if something strange were happening to you. But rejoice to the extent that you share in the sufferings of Christ, so that when his glory is revealed you may also rejoice exultantly. (1 Peter 4:12-13)