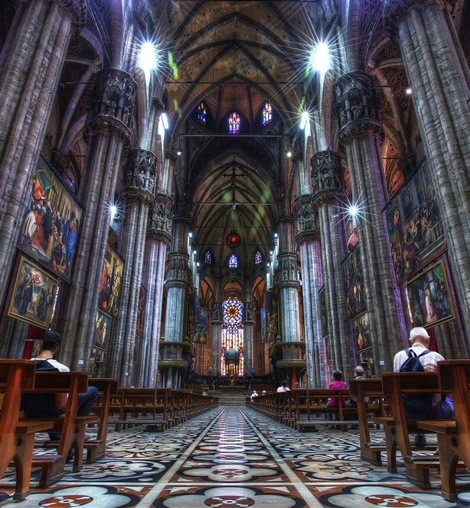 SINCE the last week of Advent, I have been in a perpetual state of contemplation of the incomparable beauty of the Catholic Church. On this solemnity of Mary, Holy Mother of God, I find my voice joining in with hers:

My soul proclaims the greatness of the Lord; my spirit rejoices in God my savior… (Luke 1:46-47)

Earlier this week, I wrote about the stark contrast between the Christian martyrs and those extremists who are destroying families, towns, and lives in the name of “religion.” [1]cf. The Christian-Martyr Witness Once again, Christianity’s beauty is often most evident when the darkness increases, when the shadows of the day’s evil reveal the beauty of light. The lamentation that rose up in me during Lent in 2013 has been ringing in my ears at the same time (read Weep, O Children of Men). It is the dirge of a sun setting upon a world bewitched into believing that beauty lies solely within technology and science, reason and logic, rather than the life of faith that comes from believing in and following Jesus Christ.

THE TRANSFORMATION OF THE WORLD

Brothers and sisters, do not be deceived by the liar who wishes to define the Church by her sinners rather than her saints! That is, the beauty of the Catholic faith is discovered in those who live it, not in those who don’t. And this life of faith, as a matter of fruit, has produced incomparable beauty in the world. What religion has generated such beautiful chants and songs of worship than Christianity? What religion has dotted the planet with such beautiful architecture than Christianity? 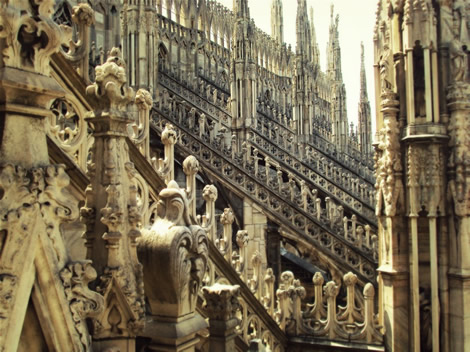 What religion has transformed the laws of nations, purified cultures, and pacified peoples more than Christianity? Why? Because at the very heart of Christianity, of Catholicism, is a God who is love, unfathomable love and mercy. This in itself is one of the most distinguishing truths that separates Christianity from every other religion: our God is a lover who condescends to His creation not only to love us, but wed us. Hence, true Catholicism is not a conquering army, but a song of praise; not an ideology but a relationship; not a list of commandments, but a love affair. It is this Love that has transformed the hearts of people of every conceivable background—from scientists to lawyers, homemakers to governors, laymen to princes—that has then impacted the arts, science, literature, laws, and every other aspect of cultures where this Love has not been rejected.

His holy mountain rises in beauty, the joy of all the earth. Mount Zion, true pole of the earth, the Great King’s city! (Psalm 48:2-3)

And yet, dear reader—as beautiful as our cathedrals are; as elegant as our liturgies can be; as transcendent as our art is; as sublime as our sacred music has been… the incomparable beauty of our faith is what the Lord can do in the broken heart of one who welcomes Him. And it is this 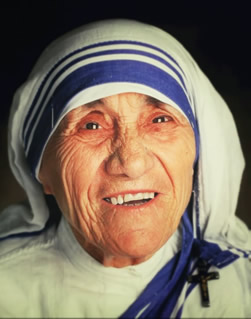 beauty—the beauty of holiness—that the world really longs to behold. Indeed, as enraptured as tourists are as they walk through St. Peter’s in Rome, nothing is more captivating than a soul possessed by Jesus Christ, a face that radiates His love, a presence that manifests the Presence.

It is this incomparable beauty that the Mother of God has descended to earth in these last times to wrought in the children of God: to create a people so divested of themselves, so in love with God, so ready to do His will… that they become another Christ on earth. [3]cf. Rev 12:1-2 This is what the prophet Daniel foresaw in a vision of those saints of the last days:

And there shall be a time of trouble, such as never has been since there was a nation till that time; but at that time your people shall be delivered, every one whose name shall be found written in the book. And many of those who sleep in the dust of the earth shall awake, some to everlasting life, and some to shame and everlasting contempt. And those who are wise shall shine like the brightness of the firmament; and those who turn many to righteousness, like the stars for ever and ever. (Daniel 12:1-3)

These are the ones who, renouncing themselves and the false peace and security the world offers (and will offer), “follow the Lamb wherever he goes… On their lips no deceit has been found; they are unblemished.” [4]cf. Rev 14:4-5 They are…

…the souls of those who had been beheaded for their witness to Jesus and for the word of God, and who had not worshiped the beast or its image nor had accepted its mark on their foreheads or hands. They came to life and they reigned with Christ for a thousand years. (Rev 20:4)

They are the ones whom St. Paul describes as “blameless and innocent, children of God without blemish in the midst of a crooked and perverse generation, among whom you shine like lights in the world.” [5]cf. Phil 2:15-16 This is the incomparable beauty, which like the paradox of the Cross, will shine to the ends of the earth in what can only be called the Vindication of Wisdom. [6]cf. The Vindication of Wisdom and Vindication

And yet… as I looked into my own heart this Christmas, I saw nothing but poverty to such a degree that I cried out: “Lord, if 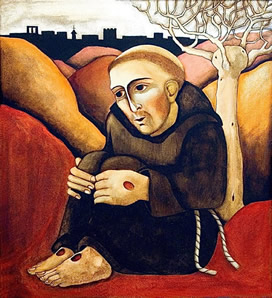 there is anything that shakes my faith, it is that after all these years, after all these Communions, confessions, Masses, and prayers, that I seem to be as unholy as I was decades ago! Why?” After Communion last night during the vigil Mass, I brought this question again before the Lord. And His answer was this:

My grace is sufficient for you, for power is made perfect in weaknesss. (cf. 2 Cor 12:9)

Today, on this feast of the Mother of God, we have put before us once again the prototype of a Christian, the model of bearing Christ in the world, the formula for becoming a shining star, the key to being another Christ in the world: a simple, humble, obedient virgin. The answer to my cry is not to become great, but small; to not despair, but begin again; [7]cf. Beginning Again to not worry about tomorrow, but be obedient today.

That, my friend, is the path to bringing Incomparable Beauty into the world.

Oh! when in every city and village the law of the Lord is faithfully observed, when respect is shown for sacred things, when the Sacraments are frequented, and the ordinances of Christian life fulfilled, there will certainly be no more need for us to labor further to see all things restored in Christ… And then? Then, at last, it will be clear to all that the Church, such as it was instituted by Christ, must enjoy full and entire liberty and independence from all foreign dominion… “He shall break the heads of his enemies,” that all may know “that God is the king of all the earth,” “that the Gentiles may know themselves to be men.” All this, Venerable Brethren, We believe and expect with unshakable faith. —POPE PIUS X, E Supremi, Encyclical “On the Restoration of All Things”, n.14, 6-7