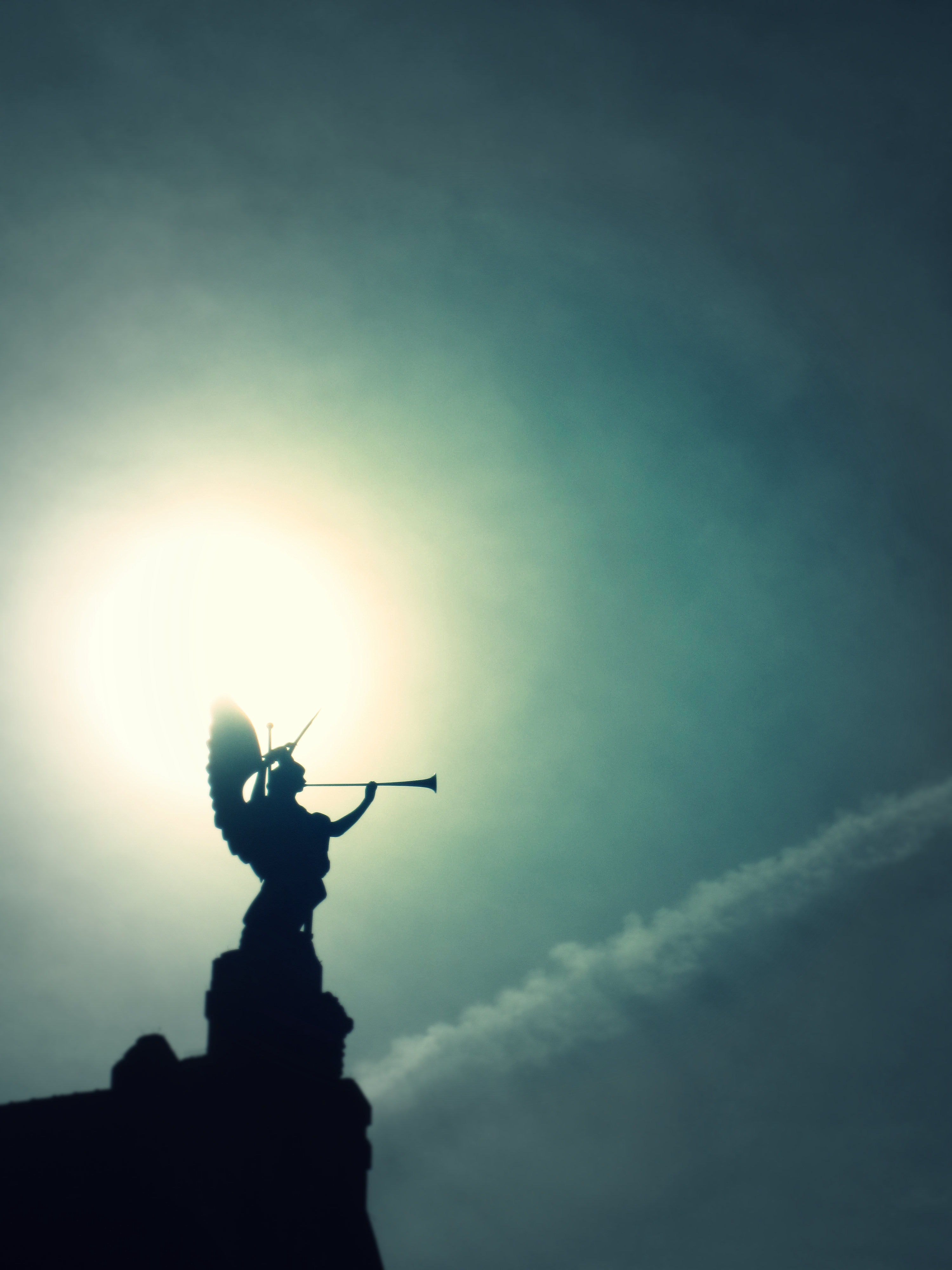 I have been shaken today, literally, by the voice of the Lord speaking in the depths of my soul; shaken by His inexpressible grief; shaken by the deep concern He has for those in the Church who have utterly fallen asleep.

For as in those days before the flood they were eating and drinking, marrying and giving in marriage, until the day when Noah entered the ark, and they did not know until the flood came and swept them all away, so will be the coming of the Son of man. (Matt 24:38-39)

I am stunned at the shocking truth of those words. For truly, we are living as in the days of Noah. We have lost our capacity to hear His voice, to listen to the Good Shepherd, to understand the “signs of the times.” I have no doubt that many people scrolled to the bottom of my recent writing, Is Jesus Really Coming?, to see how long it was, and then said, “Too long”, “I don’t have time”, “Not interested.” How could any Christian not be interested in this question? Moreover, we are given an authoritative answer from the Church and Our Lady as to the nearness of the coming of the Lord. And yet many of these same souls easily spend hours cruising their Facebook wall or wandering the mindless debris of the world-wide web. We are a Church that has been dulled by comfort and pleasure, numbed by the constant drone of the spirit of the world, so much so, that we cannot hear the rumble of heavenly hooves.

For we have lost our way. Many Catholics have been discomfited by Pope Francis’ blunt and bold assertion that we have lost the joy of the Gospel; that clergy are acting like CEO’s running a corporation; and that many have lost the spirit of the Gospel, which is to reach the wounded with the mercy of Christ, not “obsess” with doctrine. The words of Ezekiel read like an indictment over this generation’s hardened hearts:

Sure, some clergy have begun to stir and write letters to the government protesting transgender bathrooms or same-sex marriage. But it’s too late. We needed to preach the Gospel of Life back in 1968 when Humanae Vitae rejected the culture of death. We needed “to commit all of the Church’s energies to a new evangelization” back in 1990, as John Paul II begged us to, [1]Redemptoris Missio, n. 3 not waiting until the barbarians have already broken down the door. We needed to become “prophets of a new age” back in 2008 when Benedict spoke at World Youth Day, not wait until we are overrun by false prophets. And so, it is too late to turn back the tide of evil, in the sense that it must now run its course. Man himself has flung open wide the gates to the Horsemen of the Apocalypse by institutionalizing a culture of death. Simply put: we shall reap what we sow.

But what is not too late is to listen to Jesus who continues to guide His Church through this dark period in the voice of prophecy.

Yet sadly, many have lost their capacity to hear the prophetic voice of Christ precisely because they no longer have childlike hearts. In the early Church, St. Paul invited prophecy to be spoken “in the assembly.” Today, prophecy is outright scorned if not banned in some dioceses. What has happened to us? What spirit has possessed the Church that we no longer welcome the voice of the Good Shepherd, who said we would know it?

Yes, many say they won’t listen to prophecy unless it is “approved.” But this is tantamount to quenching the Spirit! How can the Church discern prophecy if we won’t even listen to it?

Many of my children do not see and do not hear because they do not want to. They do not accept my words and my works, yet through me, my Son calls everyone. —Our Lady of Medjugorje (allegedly) to Mirjana, June 2, 2016

What are people going to do if an angel appears to them in the middle of the night saying, “It’s time to take your family to a refuge.” Will they reply, “That’s very nice. But until my bishop approves this message, I’ll stay here, thank you.” My Lord, if St. Joseph had waited for his dream to be approved by religious authorities, he might still be in Egypt!

We have every tool we need to discern prophecy—the Bible and the Catechism for starters, and hopefully, the willing discernment of the bishop. But we are also naive if we think that prophecy is going to be received everywhere in the Church with flowers and applause. No, they stoned the prophets then, and we stone them now. How many of God’s prophets were “unapproved” over the centuries? In our times, Sts. Pio and Faustina come to mind. We have become so tepid, fearful and even cynical regarding anything mystical that the new atheists don’t need to silence our pulpits. We are doing it ourselves!

There are those who go so far as to say “That’s private revelation, therefore I don’t have to believe in it.” If a bishop declares this or that apparition or prophecy to be authentic, meaning that God is speaking to us through this vessel, what are we saying when we tell Heaven, “I don’t have to listen to it”! Can anything God says be unimportant? Have we forgotten that the bulk of St. Paul’s teachings in the New Testament came by way of “private revelations” to him personally? I sense Jesus moaning once again:

After Mass today, as the Lord’s voice shook me to the core, He gave me the title of today’s writing as He usually does: The Last Trumpet. Few realize that we are in the last minutes of the last hours of Mercy before the door of Justice begins to open. There comes a point when Mercy is no longer merciful, when Justice is the more merciful.

I have been called, by some, a prophet of doom and gloom. But I’ll tell you what is doom and gloom: a culture that is legalizing the murder of the sick, suffering, and elderly; a society that is closing businesses, malls, and churches because we’ve aborted and contracepted the future out of existence; a culture that promotes pornography leaving a wake of destruction in men’s and women’s lives; a culture that is teaching young children to question their sexuality and experiment with it, thereby destroying their innocence and deadening their souls; a society that opens its bathrooms and lockerooms to sexual perverts in the name of “rights”; a world that stands on the brink of a Third World War with the most incomprehensible weapons of mass destruction. Who is the purveyor of doom and gloom here?

What lies upon the horizon is a future full of hope. Anyone who reads Is Jesus Really Coming? should be filled with awe at what God is planning for that last phase of this world. But before the birth there comes the labour pains. And now they are suddenly upon us. At least, those with eyes can see this, can feel this. But those who have opted for an epidural of comfort, pleasure and worldly riches hardly realize that which has already come upon them like a thief in the night. The ink hasn’t even dried on the national and international agreements that are going to tear communities apart as the Gospel becomes illegal, replaced by diabolical “laws” that will turn father against son, mother against daughter, neighbour against neighbour. Therefore…

God is not going to put up with a lame Church any longer. We must choose whom we will follow now: Christ or the spirit of antichrist.

If we have died with him we shall also live with him; if we persevere we shall also reign with him. But if we deny him he will deny us. If we are unfaithful he remains faithful, for he cannot deny himself. (2 Tim 2:11-13)

We are going to pass through some very painful moments in the very near future, but also moments of great glory. Love always surprises. We are going to be awakened… the whole world has to be shaken. The Church must be purified. She has lost her way, and when her lamp no longer burns brightly, the entire world is plunged into darkness.

The Last Trumpet of warning and preparation is being blown, and we would do well to reflect, repent and re-prioritize. These are the days of Noah and everyone has to ask themselves whether they are in the Ark yet.

The days are at hand, and the fulfilment of every vision. For there shall be no more any false vision or flattering divination within the house of Israel. But I the Lord will speak the word which I will speak, and it will be performed. It will no longer be delayed, but in your days, O rebellious house, I will speak the word and perform it, says the Lord God… (Ezek 12:23-25)