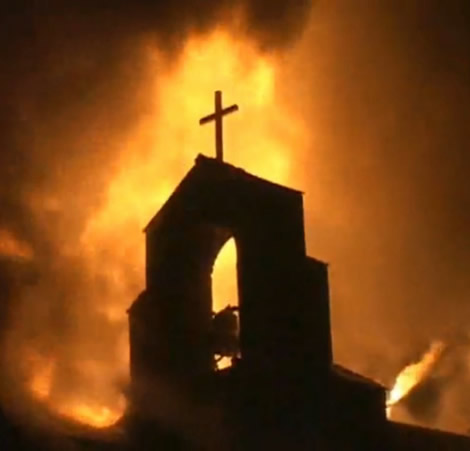 IT was the last leg of my flight home from a speaking tour in the United States a few years ago. I was still lingering in the graces of Divine Mercy Sunday as I arrived at the Denver airport. I had some time to spare before my final flight, and so I walked around the concourse for awhile.

I noticed a shoe shine station along the wall. I looked down at my fading black footwear and thought to myself, “Nah, I’ll do it myself when I get home.” But when I returned past the shoe-shiners several minutes later, something inside was prodding me to go have my shoes done. And so, I finally stopped after passing them for a third time, and mounted one of the chairs.

An African woman was just starting her shift, I assumed, because I didn’t see her before. As she began to buff my leathers, she looked up and a smile crossed her face.

“That is a lovely cross around your neck,” she said. “Are you a Christan?”

“Oh!” she said, her face lighting up. “My brother, Fr. Eugene, is a Catholic priest in Nigeria.”

“Wow, a priest in the family. That’s wonderful,” I replied. But her face became serious as she began to relay recent events there in her broken English.

“The Muslims have come into the villages and are burning down churches and killing people. They are threatening my brother and his parish. He needs to get out of Nigeria.”

Then she looked at me, her eyes filled with trouble. “Is there anything you can do?”

I looked at her, my thoughts fumbling. What can I do? But then I thought of my home diocese in Saskatchewan, Canada where several priests have been imported from India and Africa, including Nigeria.

“Well,” I said. “Give me your contact information and I will get a hold of my bishop and see if he can possibly bring Fr. Eugene to Canada. I can’t promise you anything. But I’ll try.”

And with that, we parted as brother and sister. But I knew this was 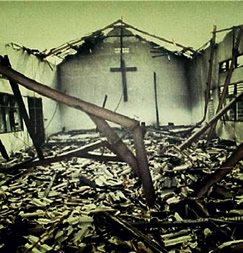 serious. Boko Haram, a home-grown group of Muslim extremists who adhere to strict Sharia Law, were razing communities. Time was of the essence. So I fired up my laptop and sent Bishop Don Bolen of Saskatoon an email with all the details.

Within a day, he replied that he would look into it. As far as I was concerned, that would probably be the last I would hear of it. And so I commited Fr. Eugene and his sister to prayer, asking Our Lady to watch over them.

A week later, the phone rang. It was a man’s voice on the other end.

It took a moment, and then I realized who it was. We tried to communicate, but unfortunately, I could barely understand him. I tried my best to convey that I had notified the bishop, and that everything was in his hands. Suddenly, our communication dropped… and the phone went silent.

Two weeks ago, I wrote Bishop Don regarding some ministry matters. In the course of our email exchange, he added: ‘I forgot to tell you that your conversation at an airport a long time ago with the sister of a Nigerian priest did indeed result in Fr. Eugene arriving in the diocese, and now serving in Cudworth! God works in mysterious ways…’

My jaw dropped—followed shortly by tears. Fr. Eugene is safe! I couldn’t believe it.

Well, two weeks ago, my wife called his parish to arrange a possible concert there in the new year. When Fr. Eugene finally understood he was talking to my wife, he could’t believe it. He had lost our information and couldn’t remember my name. Then last week, he called our home.

We conversed for several minutes, overjoyed to hear each other’s voices again. Fr. explained that around the time I spoke with his sister, he

and some other priests left his parish to attend the Chrism Mass. On their way, they noticed “strange movement” along the road, and so pulled over and hid. Over the course of the next several hours, his parish, rectory and all his possessions were burned to the ground. [1]cf. nigerianbestforum.com Several of his parishioners were murdered by the Muslims. And so he fled.

“But things are getting bad again,” he said. “An anti-Catholic is running for President, and Boko Haram is still there.” Indeed, footage was just released a couple of days ago showing Boko Haram shooting dozens of people lying face down on the ground in a dormitory. [2]cf. http://www.dailymail.co.uk/ Caution: secular tabloid Reports are also emerging that the elderly in Gwoza, Nigera in the north are being rounded up and slaughtered.

“I need this time of recollection before I go back…”, Fr. Eugene told me.

All of this has been an early Christmas gift for me. It has taught me again the importance of listening to the still, small voice of the Holy Spirit… a Voice that “saves.” This is the purpose of Advent, after all, to prepare ourselves to receive Jesus anew so that we can in turn bring His light and life into the world—and often, in the most practical ways. Yes, isn’t that the story of the Incarnation? That Jesus comes to meet us precisely where we’re at… in the sorrow, pain, tears, and joys of life.

And in the most unexpected ways.

Thanks for your prayers and support for this
full time ministry.

The powerful new Catholic novel that is astonishing readers! 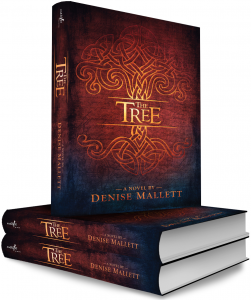 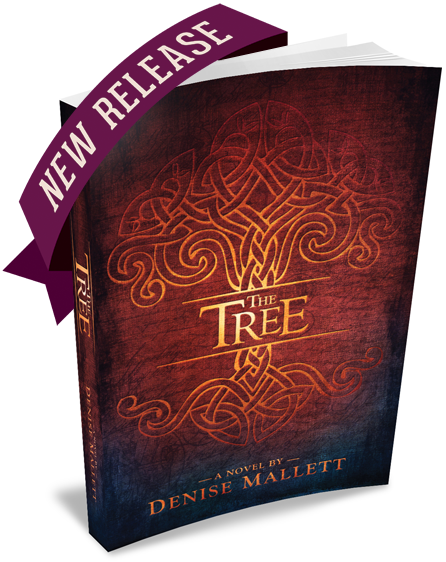