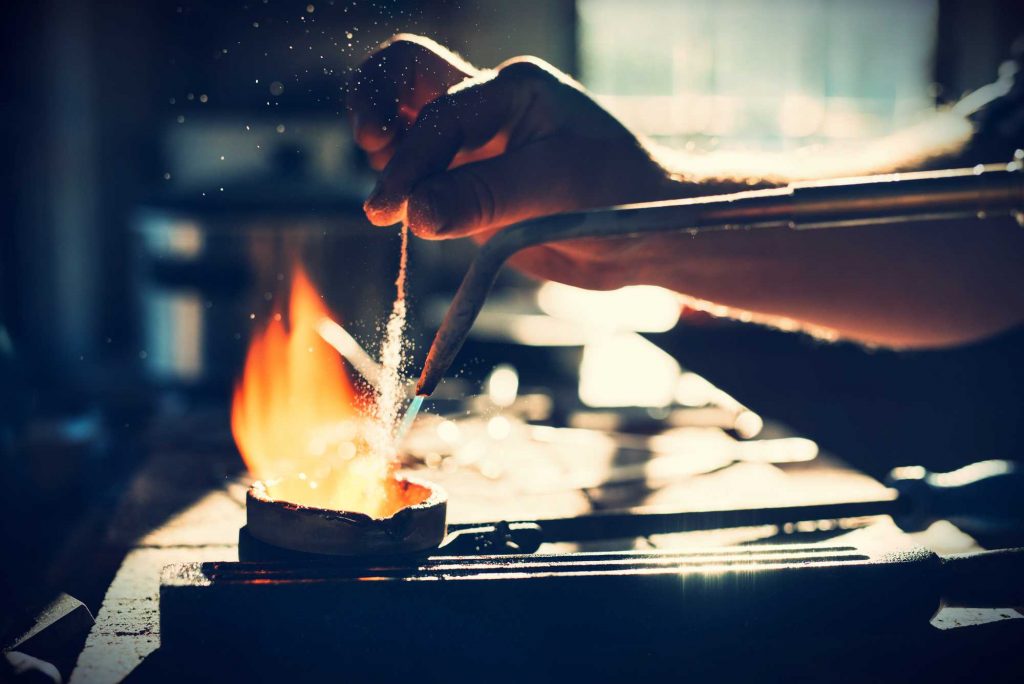 The following is a continuation of Mark’s testimony. To read Parts I and II, go to “My Testimony”.

WHEN it comes to Christian community, a fatal mistake is to think that it can be heaven on earth all the time. The reality is that, until we reach our eternal abode, human nature in all its weakness and vulnerabilities demands a love without end, a continual dying to oneself for the other. Without that, the enemy finds room to sow the seeds of division. Whether it is the community of marriage, family, or followers of Christ, the Cross must always be the heart of its life. Otherwise, community will eventually collapse under the weight and dysfunction of self-love.

There came a time when, like Paul and Barnabas, a difference over the direction of our ministry led to a sharp disagreement between the leadership within One Voice.

So sharp was their disagreement that they separated. (Acts 15:39)

In hindsight, I can see what God was doing. A head of wheat is useless for either seed or food if the grains remain in the head. But once released, they can be spread into a field or ground into flour.

God wanted to spread the gifts in One Voice beyond our city, beyond our dreams, to the rest of the world. But in order to do that, there had to be the violence of the threshing—a separation of our own ambitions and desires from the genuine will of God. Today, some twenty years later, many members of One Voice have ministries that are far-reaching (and we remain dear friends). Gerald and Denise Montpetit run CatChat, which is touching thousands of youth through their broadcasts on EWTN. Janelle Reinhart became a recording artist, singing for John Paul II and World Youth Day, and ministering to young women. And yet others are involved now in Christian theatre, leading retreats, Eucharistic Adoration, and other beautiful ministries.  And as I will continue to share, God wanted to move me beyond the limitations of my own heart… limits I did not realize were there.

One of the Scriptures the Lord gave me at the very beginning of ministry was from Sirach 2:

My child, when you come to serve the Lord, prepare yourself for trials… Accept whatever happens to you; in periods of humiliation be patient. For in fire gold is tested, and the chosen, in the crucible of humiliation. (Sirach 2:1-5)

You see, for years I wanted to work in full-time in ministry. I kept begging the Lord to let me enter His vineyard. “The harvest is plenty, but labourers are few!”, I would remind Him. When One Voice broke up, the Lord seemed to pour a vision into my heart for a ministry that would embrace the entire breadth of Catholicism—the Sacraments, the gifts and charisms of the Holy Spirit, Marian devotion, apologetics, and the interior life through the spirituality of the Saints.

Now, it was the Jubilee Year 2000. My first album was out. I had just consecrated any future ministry to Our Lady of Guadalupe. And after presenting my vision to Canadian Bishop Eugene Cooney, he invited me to bring it to his diocese in the glorious Okanagan Valley. “This is it!” I told myself. “This is what God has prepared me for!”

But after 8 months, our ministry got nowhere. The secularism and wealth of the region led to so much indifference, even Bishop Cooney admitted that he was struggling to reach souls. With that, and virtually no support from the local clergy, I conceded. I packed our belongings and my pregnant wife and our four children into a van, and we headed “home.”

With no job and no where to go, we moved into a bedroom in my in-law’s farm house, while mice raced through our belongings stored in the garage. Not only did I feel that I was an utter failure and disappointment, but for the first time in my life, that God had really abandoned me. I lived the words of St. Teresa of Calcutta:

The place of God in my soul is blank. There is no God in me. When the pain of longing is so great—I just long & long for God… and then it is that I feel He does not want me—He is not there—God does not want me. —Mother Teresa, Come By My Light, Brian Kolodiejchuk, M.C.; pg. 2

I tried to find a job, even selling advertising on restaurant paper placemats. But even that failed miserably. Here I was, trained in television as a news reporter and editor. I had been working successfully in a Canadian major market during the One Voice Years. But now, after having “given everything to God,” I felt lost and useless.

Many nights, I would go for a walk in the barren countryside and try to pray, but it was as if my words were being carried away in the wind with the dead leaves of last year’s Autumn. Tears would stream down my face as I would cry out: “God, where are you?” Suddenly, the temptation began to seize me that life is arbitrary, that we are merely random particles of chance and matter. Years later, I would read the words of St. Thérèse de Lisieux who in her own “dark night” once said, “I am surprised that there aren’t more suicides among atheists.” [1]as reported by Sister Marie of the Trinity; CatholicHousehold.com

One evening, I took a walk at dusk to watch the sunset. I climbed atop a round hay bale and prayed the Rosary. Broken and in tears again, I cried out…

Lord, please help me. We’re buying diapers on our credit card. I am such a sinner. I am so sorry. I have been so proud. I presumed that You wanted me, that You needed me. Oh God, forgive me. I promise I will never take up my guitar for ministry ever again…

I paused for a moment. I thought it might be more humble to add:

…unless You ask me to.

With that, I began the walk back to the farmhouse, resolved that my future was to unfold now in the marketplace.

Ahead of me was a road that stretched for many miles, that seemed to go on as far as the eye could see. As I came to the entrance of the driveway, for the first time in many months, I sensed the Father speak:

Will you keep going?

I stood there, a bit taken aback. Does He mean it literally, I wondered? So I simply replied, “Yes, Lord. I’ll do whatever you ask.”

There was no answer. Just the lonely sound of wind passing through the spruce boughs. I walked back to the farmhouse.

The next day, I was helping my father-in-law with his tractor when my wife called for me from the porch. “The phone is for you!”

“Huh?” I replied. I mean, I was so ashamed of my failure that I had barely even told my siblings where I was hiding out in the country. Alan was the former Executive Producer of the business show I used to work on. Apparently, one of the production staff was passing through town and saw my album sitting at the cash register of the corner store. She asked where I was, got our phone number, and passed it to Alan.

After hearing how he tracked me down, Alan asked: “Mark, would you be willing to produce and host a new business show?”

Within a month, my family relocated to the city. I went from being utterly broke to sitting in an executive office with some of the best talent in the city working under me. Standing in a suit and tie at my office window overlooking the city, I prayed, “Thank you, God. Thank you for providing for my family. I see now that you want me in the marketplace, to be salt and light in and among the world. I understand. Forgive me again for presuming that I was called to ministry. And Lord, I promise again that I will never take my guitar up for ministry.”

Over the next year, our show climbed the ratings and for the first time in a while, my wife and I had some stability. And then the phone rang one day.

“Hi Mark. Could you come to our parish and do a concert?”

Lea and I have been deeply moved by the letters and generosity of our readers this week as we continue to raise funds for this full-time ministry. If you would like to support us in this apostolate, click the Donate button below.

I wrote the following song in that time of brokenness when I felt nothing but my poverty, but also, when I began to trust that God still loved someone like me….

Thank you, Mark, for your service in bringing others to Jesus through His Church. Your ministry has helped me through the darkest time of my life. —L.P.

…your music has been a doorway to a richer, deeper prayer life…. Your gift with lyrics that reach deep in the soul are truly beautiful. —D.A.

Your commentaries are very much appreciated—truly the Word of God. —J.R.

Your words have gotten me through some hard times, I thank you for them. —S.L.

Your support helps me reach souls. Bless you.