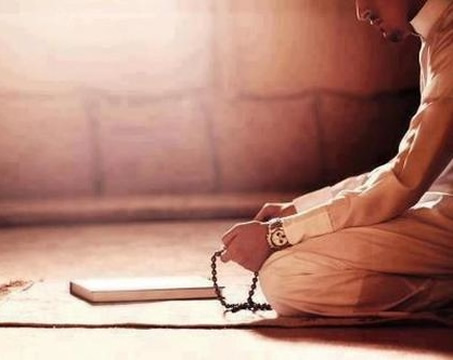 I was in the grocery store the other day, and there was a Muslim woman at the till. I told her I was a Catholic, and was wondering what she thought of the magazine rack and all the immodesty in Western culture. She replied, “I know Christians, at their core, believe in modesty too. Yes, all the major religions agree on the basics—we share the basics.” Or what Christians would call the “natural law.”

So for one who knows the right thing to do and does not do it, it is a sin.

Conversely, anyone who knows the right thing to do, and does do it, is following the truth inscribed on their hearts. That is why the Church teaches:

Those who, through no fault of their own, do not know the Gospel of Christ or his Church, but who nevertheless seek God with a sincere heart, and, moved by grace, try in their actions to do his will as they know it through the dictates of their conscience — those too may achieve eternal salvation. —Catechism of the Catholic Church, n. 847

They are following the Truth, even though they may not know Him by name.

As I spoke with this Muslim woman, I sensed the Lord’s love for her. She, like me, is a “thought” of the Creator. She, like me, was created in His image. When He knit her in the womb, the Father did not look down upon a “Muslim”, but a little baby girl, with all the capacity for love, life, and salvation that He saw in me when I was a little boy. I felt this common bond between us—the bond of our shared humanity, which forms the basis for the possibility of fraternal love and peace. [1]cf. Catechism of the Catholic Church, n. 842

The Catholic Church recognizes in other religions that search, among shadows and images, for the God who is unknown yet near since he gives life and breath and all things and wants all men to be saved. Thus, the Church considers all goodness and truth found in these religions as “a preparation for the Gospel and given by him who enlightens all men that they may at length have life.” —Catechism of the Catholic Church, n. 843

But Pope Francis rightly warns that this recognition does not provide a legitimacy for compromise of our Christian faith or a false convergence of religions in the name of “peace.”

True openness involves remaining steadfast in one’s deepest convictions, clear and joyful in one’s own identity, while at the same time being “open to understanding those of the other party” and “knowing that dialogue can enrich each side”. What is not helpful is a diplomatic openness which says “yes” to everything in order to avoid problems, for this would be a way of deceiving others and denying them the good which we have been given to share generously with others. Evangelization and interreligious dialogue, far from being opposed, mutually support and nourish one another. —POPE FRANCIS, Evangelii Gaudium, n. 25

In the Gospel today, Jesus makes a somewhat stunning, seemingly pastorally irresponsible comment when the Apostles discover a man, not of their company, performing miracles in His name.

Do not prevent him. There is no one who performs a mighty deed in my name who can at the same time speak ill of me. For whoever is not against us is for us.

Jesus was the master at seeing the good in others as opposed to what was wrong with them. He knew that love would attract, and once others felt they were safe, accepted, and respected in His presence, He could then lead them to the fullness of truth, insofar as they would permit Him. It is this ability to see goodness in others that builds a bridge to their heart over which we can, hopefully, transmit the entirety of our Catholic faith. This goodness is nothing less than “secret presence of God.”

The missionary task implies a respectful dialogue with those who do not yet accept the Gospel. Believers can profit from this dialogue by learning to appreciate better “those elements of truth and grace which are found among peoples, and which are, as it were, a secret presence of God.” —Catechism of the Catholic Church, n. 856

We need to ask the Holy Spirit for the sensitivity to recognize when someone is for us, and not against us, and how we can be for them, and not against… so that the secret presence of God may be revealed in our midst.

It is known to us and to you that those who are in invincible ignorance of our most holy religion, but who observe carefully the natural law, and the precepts graven by God upon the hearts of all men, and who being disposed to obey God lead an honest and upright life, may, aided by the light of divine grace, attain to eternal life; for God who sees clearly, searches and knows the heart, the disposition, the thoughts and intentions of each, in His supreme mercy and goodness by no means permits that anyone suffer eternal punishment, who has not of his own free will fallen into sin. —PIUS IX, Quanto conficiamur moerore, Encyclical, August 10th, 1863

…the Church still has the obligation and also the sacred right to evangelize all men. —Catechism of the Catholic Church, n. 848

…the senseless and the stupid pass away… Blessed are the poor in spirit; the Kingdom of heaven is theirs! (Today’s Psalm and response)