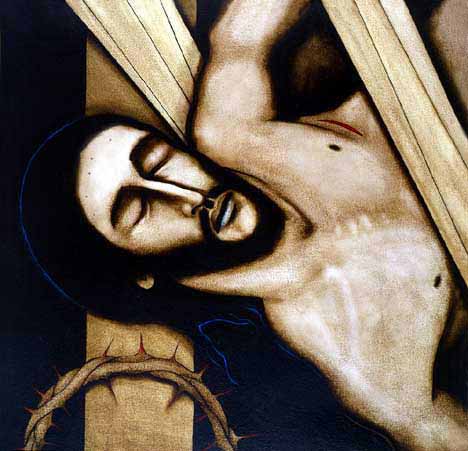 Jesus Taken Down From The Cross, by Michael D. O’Brien

Go into the ark, you and all your household… Seven days from now I will bring rain down on the earth for forty days and forty nights. (Gen 7:1, 4)

With the Seventh Bowl poured out, the judgment of God upon the Beast’s kingdom is reaching its climax.

The seventh angel poured out his bowl into the air. A loud voice came out of the temple from the throne, saying, “It is done.” Then there were lightning flashes, rumblings, and peals of thunder, and a great earthquake. It was such a violent earthquake that there has never been one like it since the human race began on earth… Large hailstones like huge weights came down from the sky on the people… (Rev 16:17-18, 21)

The words, “It is done,” echo Christ’s last words on the Cross. Just as an earthquake occurred at Calvary, an earthquake occurs at the peak of the “crucifixion” of the Body of Christ, crippling Antichrist’s kingdom and utterly destroying Babylon (symbolic for the worldly system, though it may also be an actual location.) The Great Shaking which accompanied the Illumination as a warning has now come to fulfillment. The Rider upon the white horse is coming now, not in warning, but in definitive judgment upon the wicked—hence, again, we hear and see the same imagery as the Sixth Seal of the Illumination, the thunder of justice:

Then there were lightning flashes, rumblings, and peals of thunder, and a great earthquake… (Rev 16:18)

In fact, at the breaking of the Sixth Seal, we read that “the sky was divided like a torn scroll curling up.” So too, after Jesus died upon the Cross—the definitive moment of when the Father’s judgment pronounced upon mankind is borne by His Son—Scripture says:

And behold, the veil of the sanctuary was torn in two from top to bottom. The earth quaked, rocks were split, tombs were opened, and the bodies of many saints who had fallen asleep were raised. And coming forth from their tombs after his resurrection, they entered the holy city and appeared to many. (Matt 27:51-53)

The Seventh Bowl could be the moment when the Two Witnesses are resurrected. For St. John writes that they rose from the dead “three and a half days” after they were martyred. That could be symbolic for three and a half years, that is, near the end of Antichrist’s reign. For we read that at the moment of their resurrection, an earthquake occurs in a city, likely Jerusalem, and a “tenth of the city fell in ruins.”

Seven thousand people were killed during the earthquake; the rest were terrified and gave glory to the God of heaven. (Rev 11:12-13)

For the first time during all the destruction, we hear John record that there is repentance as they “gave glory to the God of heaven.” Here we see why the Church Fathers attribute the Jew’s eventual conversion, in part, to the Two Witnesses.

And Enoch and Elias the Thesbite will be sent and they shall ‘turn the heart of the fathers to the children,’ that is to say, turn the synagogue to our Lord Jesus Christ and the preaching of the Apostles. —St. John Damascene (686-787 A.D.), Doctor of the Church, De Fide Orthodoxa

Inconsolable mourning, wailing, and weeping will prevail everywhere… Men will seek help from Antichrist and, because he will not be able to help them, will come to the realization that he is not God. When finally they understand how grossly he has deceived them, they will seek Jesus Christ.  —St. Hippolytus, Details Concerning the Antichrist, Dr. Franz Spirago

The resurrection of the Two Witnesses is prefigured by the saints who rose after Christ’s resurrection and “entered the holy city” (Matt 27:53; cf. Rev 11:12)

After His death, Jesus descended to the dead to liberate souls bound in slavery to Satan. So too, the veil of the temple in heaven is opened and the Rider upon the white horse comes forth to free His people from the oppression of Antichrist.

Then I saw the heavens opened, and there was a white horse; its rider was called “Faithful and True”… The armies of heaven followed him, mounted on white horses and wearing clean white linen… Then I saw the beast and the kings of the earth and their armies gathered to fight against the one riding the horse and against his army. The beast was caught and with it the false prophet who had performed in its sight the signs by which he led astray those who had accepted the mark of the beast and those who had worshiped its image. The two were thrown alive into the fiery pool burning with sulfur. (Rev 19:11, 14, 19-20)

And after perpetrating such things for three years and six months only, he shall be destroyed by the glorious second advent from heaven of the only-begotten Son of God, our Lord and Saviour Jesus, the true Christ, who shall slay Antichrist with the breath of His mouth , and shall deliver him over to the fire of hell. —St. Cyril of Jerusalem, Church Doctor (c. 315-386), Catechetical Lectures, Lecture XV, n.12

Those who refuse to give God glory after the Great Earthquake are met with justice as the door of the Ark is sealed by the hand of God:

They blasphemed God for the plague of hail because this plague was so severe… The rest were killed by the sword that came out of the mouth of the one riding the horse… (Rev 16:21; 19:21)

Their swords will pierce their own hearts; their bows will be broken. (Psalm 37:15)

At last, Satan will be chained for a “thousand years” (Rev 20:2) while the Church enters into an Era of Peace.

There will be in a certain sense in this ‘Western world’ a crisis of our faith, but we will always also have a revival of the faith, because Christian faith is simply true, and the truth will always be present in the human world, and God will always be truth. In this sense, I am in the end optimistic. —POPE BENEDICT XVI, interview on plane en route to WYD Australia, LifesiteNews.com, July 14th, 2008

THE ERA OF PEACE

Out of six troubles he will deliver you, and at the seventh no evil shall touch you. (Job 5:19)

The number “seven” of the last bowl, which is the fulfillment of the Seventh Trumpet, signifies the completion of the Judgment of the godless and fulfills the words of the Psalmist:

Those who do evil will be cut off, but those who wait for the LORD will possess the land. Wait a little, and the wicked will be no more; look for them and they will not be there. (Psalm 37:9-10)

With the rising of the Sun of Justice—daybreak of the Day of the Lord—the faithful remnant will emerge to possess the land.

In all the land, says the LORD, two thirds of them shall be cut off and perish, and one third shall be left. I will bring the one third through fire, and I will refine them as silver is refined, and I will test them as gold is tested. They shall call upon my name, and I will hear them. I will say, “They are my people,” and they shall say, “The LORD is my God.” (Zech 13:8-9)

Just as Jesus rose from the dead “on the third day,” so too, the martyrs of this tribulation will rise in what St. John calls the “first resurrection“: 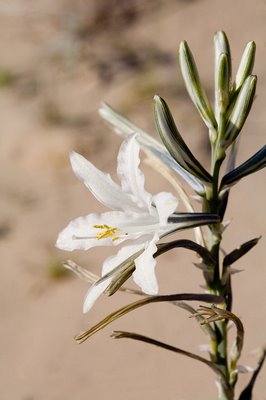 I also saw the souls of those who had been beheaded for their witness to Jesus and for the word of God, and who had not worshiped the beast or its image nor had accepted its mark on their foreheads or hands. They came to life and they reigned with Christ for a thousand years. The rest of the dead did not come to life until the thousand years were over. This is the first resurrection. (Rev 20:4)

According to the prophets, the elect of God center their worship in Jerusalem for a “thousand years,” that is, an extended “period of peace.”

Thus says the Lord GOD: O my people, I will open your graves and have you rise from them, and bring you back to the land of Israel. I will put my spirit in you that you may live, and I will settle you upon your land; thus you shall know that I am the LORD… Then everyone shall be rescued who calls on the name of the LORD; For on Mount Zion there shall be a remnant, as the LORD has said, and in Jerusalem survivors whom the LORD shall call. (Ezek 37:12-14;Joel 3:5)

The advent of the Rider upon the white horse is not the Final Return of Jesus in the flesh when He comes for the Last Judgment, but the full outpouring of His glorified Spirit in a Second Pentecost. It is an outpouring to establish peace and justice, vindicating Wisdom, and preparing His Church to receive Him as a “pure and spotless bride.” It is the reign of Jesus “in our hearts,” according to St. Louis de Montfort, when the “apostles of the end times” set about “destroying sin and setting up the kingdom of Jesus.” It is the Era of Peace promised by our Lady, prayed for by the pontiffs, and foretold by the early Church Fathers.

And then the end will come.