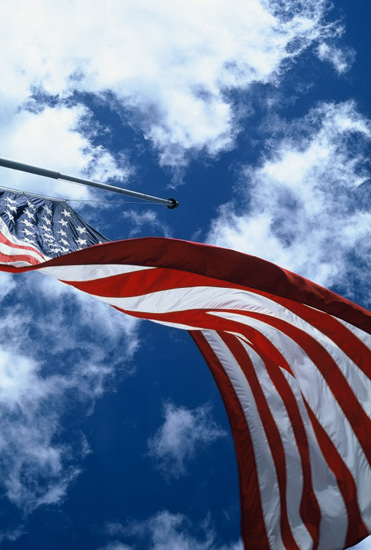 MY recent article called Dead End probably elicited the most email responses from anything I’ve ever written.

There was a tremendous outpouring of apologies from many Americans for our treatment at the border, as well as recognition that the U.S. is in a crisis, both morally and politically. I am grateful for your letters of support—a continuing testament of the goodness of so many Americans—though my intention was not to solicit sympathy. Rather, it was to announce the reason for canceling my concerts. I also used that moment to address the relevancy of the situation to the rest of the meditations on this website—that is, paranoia and fear are a sign of the times (see my meditations in Paralyzed By Fear).

There were also some letters claiming that I was attacking Americans in general, and that I was misguided on the “war on terrorism.” Of course, a careful reading of my letter points to concern over increasing paranoia and tension being created by those holding power—not every American. But some people took this personally. That was not my intention in the least, and I am sorry that some felt hurt by this.

We hold neither a grudge against the border guards nor those who sent some rather mean-spirited letters. But I will explain the foundation of my comments since they are not political but spiritual.

Most of my readers are American. Some of them are even soldiers in Iraq who write me from time to time. In fact, our donor base is vastly American, and in the past they have come quickly to the aid of this ministry. We travel to the U.S. frequently, and have forged many precious relationships there. Out of all of my travels throughout the world, it is in America where I have found some of the most faithful and orthodox pockets of Catholicism. It is in very many ways a beautiful country and people.

But our love of country cannot come before love of the Gospel. Patriotism cannot precede prudence. Our homeland is in Heaven. Our call is to defend the Gospel with our lives, not sacrifice the Gospel for flag and country. I am somewhat surprised by the war rhetoric and denial of reality from otherwise apparently solid Catholics.

The West is in a rapid moral decline. And when I say West, I am referring to North America and Europe primarily. This moral decline is the fruit of what Pope Benedict has referred to as a growing “dictatorship of relativism”—that is, morals are being redefined to suit the “reasoning” of the times. I believe the current “preventative war” dangerously falls into this spirit of relativism, especially given the warnings voiced by the Church.

It is also a sign of the times because of its global impact:

What has struck me recently—and I think a lot about it—is that up until now, in schools we are taught about the two world wars. But the one that has just now broken out, I believe, should also be described as a ‘world war,’ because its impact really touches the whole world. —Cardinal Roger Etchegaray, POPE JOHN PAUL II’s envoy to Iraq; Catholic News, March 24rd, 2003

It has been said by a Houston publication that the mainstream media in the U.S. did not carry reports of the Church’s opposition to the war. I wonder if that is still the case, based on what some of my readers have said.

CALLING A SPADE A SPADE

Prior to the Iraqi war, Pope John Paul II loudly warned about the potential use of force in the war-torn country:

War is not always inevitable. It is always a defeat for humanity… War is never just another means that one can choose to employ for settling differences between nations… war cannot be decided upon, even when it is a matter of ensuring the common good, except as the very last option and in accordance with very strict conditions, without ignoring the consequences for the civilian population both during and after the military operations. —Address to the Diplomatic Corps, January 13th, 2003

That the “strict conditions” had not been met was clearly voiced by the U.S. Bishop’s themselves:

With the Holy See and bishops from the Middle East and around the world, we fear that resort to war, under present circumstances and in light of current public information, would not meet the strict conditions in Catholic teaching for overriding the strong presumption against the use of military force. —Statement on Iraq, November 13th, 2002, USCCB

There were not sufficient reasons to unleash a war against Iraq. To say nothing of the fact that, given the new weapons that make possible destructions that go beyond the combatant groups, today we should be asking ourselves if it is still licit to admit the very existence of a “just war.” —ZENIT, May 2, 2003

These are but a few of the hierarchical voices which warned that a war in Iraq would have serious consequences for the world. Indeed, their warnings have proven prophetic. Not only has the likelihood of terrorism on home soil increased as Arab nations view the U.S. as increasingly hostile, but other “traditional enemies” such as Russia, Iran, North Korea, China and Venezuela now see America as a clear threat since it has proven it is willing to attack any country which is deemed a sufficient threat. These nations have in turn increased military spending and continue to build-up arms, moving the world closer and closer to another serious conflict. This is a grave situation.

…the use of arms must not produce evils and disorders graver than the evil to be eliminated. —Catechism of the Catholic Church; 2309 on conditions for a “just war”.

No one wins in war—and according to the U.S. Bishop’s recent statement, the occupation of Iraq continues to raise ethical questions:

As pastors and teachers, we are convinced that the current situation in Iraq remains unacceptable and unsustainable.  —U.S. Bishop’s Statement on War in Iraq; ZENIT, November 13th, 2007

I too am deeply concerned for the troops who remain in Iraq and Afghanistan facing enemies who are dangerous and often ruthless. We need to support the soldiers with our prayers. But at the same time, as faithful Catholics, we need to voice our objections whenever we see injustice taking place, especially in the form of violence—be it in the womb, or in a foreign country.

It is time for the West to have an “illumination of conscience.” We must look at the reason why we are often despised by foreign nations.

There will be no peace on earth while the oppression of peoples, injustices, and economic imbalances, which still exist, endure. —Ash Wednesday Mass, 2003

Several American readers wrote that the terrorists are out to destroy their country. This is true, and we need to be vigilant—they have threatened my country too. But we must also ask why we have these enemies in the first place.

Many peoples of the world are angry at the terrible global economic injustices that continue to prevail in the new millennium. To put it bluntly, there is tremendous materialism, waste, and greed in the West. As they watch our children become increasingly overweight with iPods and cellphones adorning their bodies, many third world families can barely put bread on the table. That, and the flow of pornography, abortion, and the rewiring of marriage are unacceptable trends to many cultures… trends streaming from Canada, America, and other Western nations.

While I understand the underlying frustration of some of my readers, is this response which one reader suggested really the answer…

“…we should pull our troops out of every country, close our borders to everyone, stop every penny of our foreign aid, and let all the nations fend for themselves.”

Or, should the West respond in the way that Christ actually commanded us to:

To you who hear I say, love your enemies, do good to those who hate you, bless those who curse you, pray for those who mistreat you. To the person who strikes you on one cheek, offer the other one as well, and from the person who takes your cloak, do not withhold even your tunic… Rather, love your enemies and do good to them, and lend expecting nothing back; then your reward will be great and you will be children of the Most High, for he himself is kind to the ungrateful and the wicked. Be merciful, just as also your Father is merciful… if your enemy is hungry, feed him; if he is thirsty, give him something to drink; for by so doing you will heap burning coals upon his head. (Luke 6:27-29, 35-36; Rom 12:20)

Is it that simple? Perhaps it is. Heap “burning coals” instead of bombs.

Until we live this, we will know no peace. It is neither the Canadian nor American flag we should be raising. Rather, we Christians should be lifting high the banners of Love.

Blessed are the peacemakers. (Matt 5:9)

It would be a crazy thing to do, to attack Iraq, because they will attack and attack and attack, and they are prepared. They are just waiting to respond. They are just waiting for something little to fall upon, the terrorists and Iraq together. Leaders must be humble in heart and very wise, with patience and generosity. We are here in this world to serve—serve, serve, serve, and never get tired of serving. We can never allow ourselves to be provoked; we must always have our minds on Heaven.  —Catholic seer Maria Esperanza di Bianchini of Venezuela, interview with Spirit Daily (undated); the local bishop has deemed the apparitions there to be authentic. Before her death, she warned that a war in Iraq would have “very serious” consequences.