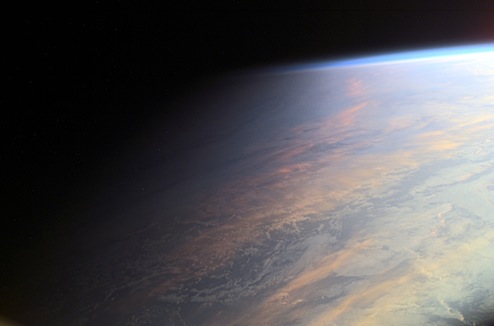 IT seems the whole world is crying out in jubilance that we are entering a “new era” with the inauguration of President Barack Obama: an “era of peace,” renewed prosperity, and advanced human rights. From Asia to France, from Cuba to Kenya, it is undeniable that the new president is viewed as a savior, his arrival the herald of a new day.

The emotion throughout the city—and no doubt much of the country too—was palpable. People so desire President Obama to succeed that their belief in him is almost an act of faith. It was perhaps appropriate that I had to kneel for much of the inauguration ceremony—though only because the people sitting behind us demanded that we get off our feet. —Toby Harnden, US Editor for Telegraph.co.uk; January 21st, 2009 commenting on the Inauguration.

But within minutes of his swearing in, the White House website began to reveal one of the most pro-death, pro-gay agendas in not only American history, but perhaps the western world. Why do I say pro-death?

Given such a grave situation, we need now more than ever to have the courage to look the truth in the eye and to call things by their proper name, without yielding to convenient compromises or to the temptation of self-deception. In this regard, the reproach of the Prophet is extremely straightforward: “Woe to those who call evil good and good evil, who put darkness for light and light for darkness” (Is 5:20). —POPE JOHN PAUL II, Evangelium Vitae “The Gospel of Life”, n. 58

The twilight is being hailed as the dawn and the dawn as darkness. The moon is welcomed as the sun, and the Son expelled so that men will embrace the fallen star (Lucifer). Winter is Spring, and morning is night. Male is female, female is male. The compass is turned, and north is south. Eyes turned to the earth, no longer to Polaris, man guides himself by his own feet and no longer by the Creator. From Australia to Canada, from Bolivia to Brazil, the Storm cloud covers and the night races on.

The children of God have gone astray….

A few months ago, the Lord warned me that persecution was going to come “like the flick of a switch.” That which has been brewing beneath the surface will suddenly boil over, and tolerance for the Church of Christ will quickly cease. Annoyance will turn to anger, anger to hatred, hatred to intolerance, and intolerance to violence. Already it has boiled over in India and Iraq, Afghanistan and Africa.

As I prayed before the Blessed Sacrament yesterday morning, fear welled up in my own heart as the enemy tormented me again with his tortures and fears. Then I turned to the Liturgy of the Hours, the prayer of the Church. Since Inauguration Day, we have been meditating on the lives of the martyrs. It is no coincidence. It is for our courage and strength. I read January 22nd’s entry on the feast of St. Vincent… a word of comfort, consolation, and hope:

Christ said: In this world you will suffer persecution, but in such wise that the persecution will not overwhelm, and the attack will not overcome you. Against Christ’s army the world arrays a twofold battleline. It offers temptation to lead us astray; it strikes terror into us to break our spirit. Hence if our personal pleasures do not hold us captive, and if we are not frightened by brutality, then the world is overcome. At both of these approaches Christ rushes to our aid, and the Christian is not conquered. If you were to consider in Vincent’s martyrdom only human endurance, then his act is unbelievable from the outset. But first recognize the power to be from God, and he ceases to be a source of wonder. —St. Augustine, Liturgy of the Hours, Vol. 3, p. 1316

And where will this power come from? From the descent of the Holy Spirit at an hour which will come in the midst of chaos. For chaos has been sown and chaos will be reaped.

You live in the midst of a rebellious house; they have eyes to see but do not see, and ears to hear but do not hear… Therefore thus says the Lord GOD: In my fury I will let loose stormwinds… (Ezekiel 12:2, 13:1)

Like the last burst of sunlight upon high cumulus clouds, God will light the earth with His mercy and love as one final grace to beckon the sons of men to come home. And those who rise to meet Him will remain in His light, while the Luciferian Star will shine upon the unrepentant, when the twilight of this era turns to night.

But the night will not last, nor the darkness of death. The Sun will rise again, and the sons of God will shine with Him. This is our hope, and even now, we see the Dawn within… for the Time of times is near.

Empowered by the Spirit, and drawing upon faith’s rich vision, a new generation of Christians is being called to help build a world in which God’s gift of life is welcomed, respected and cherished—not rejected, feared as a threat, and destroyed. A new age in which love is not greedy or self-seeking, but pure, faithful and genuinely free, open to others, respectful of their dignity, seeking their good, radiating joy and beauty. A new age in which hope liberates us from the shallowness, apathy, and self-absorption which deaden our souls and poison our relationships. Dear young friends, the Lord is asking you to be prophets of this new age… —POPE BENEDICT XVI, Homily, World Youth Day, Sydney, Australia, July 20th, 2008