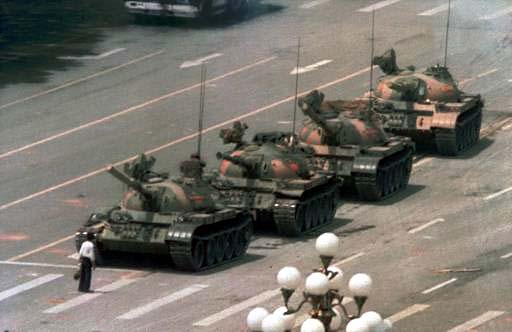 In the face of totalitarianism…

A letter from a reader:

Thank you for your letter, for it addresses questions I have asked in my own heart as well. I wish to clarify a few thoughts you have expressed.

I do believe the end of our era is drawing to a close. What I mean by era is the world as we know it—not the end of the world. I believe there is coming an “Era of Peace” (which the Early Church Fathers spoke of and Our Lady of Fatima promised.) It will be a glorious time in which your literary works may span the globe as future generations “re-learn” the faith and goodness which this present generation has lost sight of. This new era will be born through great travail and suffering, just as in childbirth.

This is the teaching of the Catholic Church from the Catechism:

Before Christ’s second coming the Church must pass through a final trial that will shake the faith of many believers. The persecution that accompanies her pilgrimage on earth will unveil the mystery of iniquity in the form of a religious deception offering men an apparent solution to their problems at the price of apostasy from the Truth. The supreme religious deception is that of the Antichrist, a pseudo-messianism by which man glorifies himself in the place of God and his Messiah who has come in the flesh. —Catechism of the Catholic Church (CCC), 675

The Church will enter the glory of the kingdom only through this final Passover, when she will follow her Lord in his death and Resurrection. —CCC, 677

This is also assuming that the close of this present era coincides with the appearance of Antichrist. Will he appear in your lifetime or mine? We cannot answer that for certain. We only know that Jesus said certain signs would occur proximate to Antichrist’s appearance (Matthew 24). It is undeniable that specific events in the past 40 years make this present generation a candidate for Christ’s prophetic words. Several pope’s have said as much in the past century:

There is room to fear that we are experiencing the foretaste of the evils that are to come at the end of time. And that the Son of Perdition of whom the apostles speak has already arrived on the earth. —POPE ST. PIUS X, Suprema Apostolatus, 1903

“the smoke of Satan is seeping into the Church of God through the cracks in the walls.” In a 1976 allocution: “the tail of the devil is functioning in the disintegration of the Catholic world.” —POPE PAUL VI, first quote: Homily during the Mass for Sts. Peter & Paul, June 29, 1972,

We are now standing in the face of the greatest historical confrontation humanity has gone through. I do not think that wide circles of the American society or wide circles of the Christian community realize this fully. We are now facing the final confrontation between the Church and the anti-Church, of the Gospel and the anti-Gospel. This confrontation lies within the plans of divine providence. It is a trial which the whole Church… must take up.
—Cardinal Karol Wotyla, two years before becoming Pope John Paul II, in an address to the American Bishops; republished in the November 9, 1978 issue of The Wall Street Journal)

Note how Pius X thought the Antichrist was already here. So you can see, the development of the times we live in are not within the scope of human wisdom alone. But in Piux X’s times, the seedlings of what we see blooming today were there; he indeed seems to have been speaking prophetically.

World conditions today, politically, economically, and socially are ripe for such a leader to come about. This isn’t a prophetic statement—those who have eyes to see can see the gathering Storm clouds. Many world leaders, including several American presidents and even popes have spoken of a “new world order.” However, the Church’s concept of a new world order is quite different than the one which the powers of darkness intend. There is no question that there are political and economic forces working toward this goal. And we know from Scripture, the brief reign of Antichrist will coincide with a world economic/political power.

But these are also the days of glory. And this is the most important thing you must keep in mind: God willed for YOU to be born in THIS time. Do not believe, young soldier, that your dreams and gifts are useless. On the contrary, God himself has knit them into your very being. So this is the question: are your gifts to be used according to the world’s model of “entertainment” using existing mediums, or will God use these gifts in new, and perhaps more powerful ways? Your response must be this: faith. You must trust that God does in fact have your best interests in mind, since you are also His beloved son. He has a plan for you. And if I may speak from my own experience, the desires of our heart sometimes spring forth in unforeseen ways. That is, don’t assume because the caterpillar is black that someday its butterfly wings will be the same color!

But we must also realize in all soberness that there will be a generation some day, whether it is ours or not, that will be the generation to pass through the days of Tribulation foretold by Christ. And so, the words of Pope John Paul II ring in my heart right now in all their power and newness: “BE NOT AFRAID!” Don’t be afraid, for if you were born for this day, then you will have the graces to live this day.

We should not try to predict the timing of what is coming; however, God does raise up prophets and watchmen, those He commands to warn us when we have rebelled against Him, and those to announce the nearness of His action. He does so out of mercy and compassion. We need to discern these prophetic words—discerning, not despising them: “Test everything“, says Paul (1 Thess 5:19-21).

And my brother, it is never too late for repentance. God always holds out the olive branch of peace—that is, the Cross of Christ. He is always calling us to return to Him, and so very often He does not “treat us according to our sins” (Psalm 103:10). If Canada and America and the nations repent and turn away from their idols, then why wouldn’t God relent? But neither will God, I believe, continue to allow this generation to continue as we are with nuclear war becoming more likely, as the merciless killing of the unborn becomes a “universal right”, as suicides increase, as STD’s explode among teenagers, as our water and food supplies become increasingly tainted, as the rich get richer and the poor become destitute…. and on and on. What is certain is that God is patient. But patience has a limit where prudence begins. Let me add: it is never too late for nations to receive God’s mercy, but it may be too late for the damages done to creation through mankind’s sin to be undone without divine intervention, that is, a Cosmic Surgery. Indeed, it is believed that the Era of Peace will also usher in a renewal of the earth’s resources. But the demands of such a renewal, given the present state of creation, will require an intense purification.

BORN FOR THIS TIME

…seek first the kingdom of God, and his righteousness, and all these things will be given you besides. Do not worry about tomorrow; tomorrow will take care of itself. Sufficient for a day is its own evil (Matt 6:33-34).

So, use your gifts. Refine them. Develop them. Direct them as if you will live another hundred years, for you may very well. But, you may also pass away in your sleep tonight as so many others who had gifts and dreams have. All is temporal, all is like the grass in the fields… But if you were seeking the kingdom in the first place, you’ll have found your ultimate heart’s desire anyway: God, the giver of gifts, and Creator of your being.

The world is still here, and it needs your talents and presence. Be salt and light! Follow Jesus without fear!

We can indeed recognize something of God’s plan.  This knowledge goes beyond that of my personal fate and my individual path.  By its light we can look back on history as a whole and see that this is not a random process but a road that leads to a particular goal.  We can come to know an inner logic, the logic of God, within apparently chance happenings.  Even if this does not enable us to predict what is going to happen at this or that point, nonetheless we may develop a certain sensitivity for the dangers contained in certain things—and for the hopes that are in others.  A sense of the future develops, in that I see what destroys the future—because it is contrary to the inner logic of the road—and what, on the other hand, leads onward—because it opens the positive doors and corresponds to the inner design of the whole.

To that extent the ability to diagnose the future can develop.  It’s the same with the prophets.  They are not to be understood as seers, but as voices who understand time from God’s point of view and can therefore warn us against what is destructive—and on the other hand, show us the right road forward. —Cardinal Ratzinger, (POPE BENEDICT XVI), Interview with Peter Seewald in God and the World, pp. 61-62