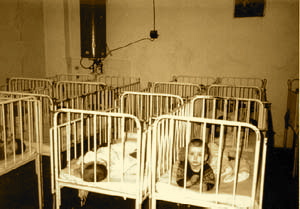 FEAST OF THE ASSUMPTION

It is hard to forget the images of 1989 when the brutal reign of Romanian dictator Nicolae Ceaucescu collapsed. But the pictures which stick in my mind most are those of the hundreds of children and babies in state orphanages.

Confined in metal cribs, the unwilling prisioners would often be left for weeks without ever being touched by a soul. Because of this lack of body contact, many of the children would become emotionless, rocking themselves to sleep in their soiled cribs. In some cases, babies simply died from lack of loving physical affection.