ON the first night of my missions in Louisiana this past autumn, a woman approached me afterward, her eyes wide open, her mouth agape.

“I saw her,” she quietly whispered. “I saw the Blessed Mother.”

She took my hands, and with tears in her eyes, said softly, “Thank you for inviting her.” Indeed, at the beginning of that evening, I had invited the Blessed Mother to be present with us, to teach and lead us as the good Mother that she is. While I had been speaking that evening, the woman said she had opened her eyes, and Our Lady was sitting there beside her in a blue garment.  Now, dumbstruck, the woman kept repeating, “I saw her… I saw her… thank you.”

A few minutes later, after this woman had left, another man approached me, a mystic whom I have known personally for several years. Ever since he experienced a radical conversion, he has been gifted with seeing Our Lord and the saints on many occasions. He said to me, “Our Mother was here.” I smiled and said, “Where?” He pointed to the Sanctuary. “She was kneeling at the altar before her Son during Adoration.” Yes, what one would expect Our Lady to do.

Twelve evenings later, on the last mission, I was finishing up my sound check while people filed in for Confession and prayer. When I finished, I began to make my way to the back. But suddenly, this overwhelming desire came over me to move among the people, greet them, and touch them. And so I did. I was overwhelmed with so much love for them… they looked tired, afraid, little lambs needing guidance.  And I just needed to touch them and let them know that they were loved.

It was a powerful evening. Afterward, while we were packing up, I saw my friend again, the mystic. I patted him on the shoulder. “So, did Our Lady show up again tonight?” He shook his head and said, “No, I didn’t see her. But I saw Jesus.” I smiled and said, “Where?”

“Oh, He was just walking among the people and touching them.”

A few thoughts come to mind. The first is that Jesus wants to use you and I to be His hands and feet, His eyes, ears, and lips. Are we not “the body of Christ”? Then why would we think otherwise? In the New American Bible, the shorter ending of the Gospel of Mark says:

…Afterwards Jesus himself, through them, sent forth from east to west the sacred and imperishable proclamation of eternal salvation. (Ch. 16:20…)

However, I think there is a misconception among many Catholics that Jesus only “touches” through the 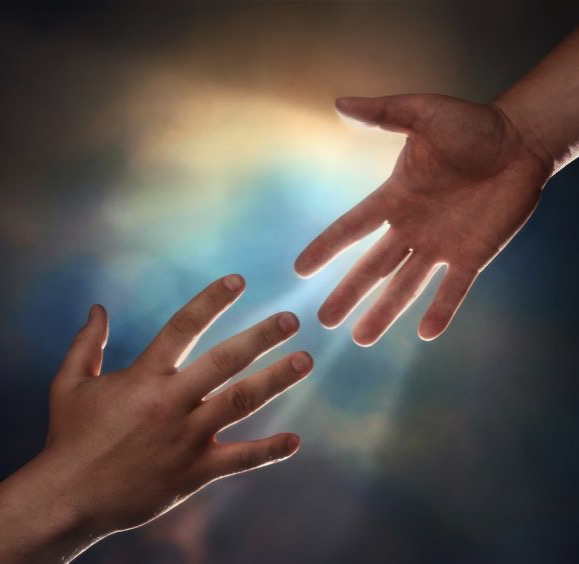 sacramental priesthood or those with the charism of miracles, healings, and the like. But in truth, every baptized Christian has the power, dignity, and calling to become instruments of the Divine life within them. This is God’s Word:

Whoever believes and is baptized will be saved… they will lay hands on the sick, and they will recover. (Mark 16:18)

The greatest sickness today is that of the heart. Never before has the world been so “connected”, and yet, so divided; so “in touch” and yet untouched.

Thus, another aspect of The Counter-Revolution we are being summoned to is the need to emerge from this Technological Desert and become an oasis of Christ’s presence to others. We need to become alert to the

“anointing” of the Holy Spirit—a sensitivity that only prayer can nourish—and then move in that grace as the Lord prompts. And this healing “touch” can take many forms: simply being present to another, listening to another, acknowledging another’s presence, a smile, a little act of kindness or service, and when the moment is right, the sharing of the truths of the Gospel.

The Church will have to initiate everyone – priests, religious and laity – into this “art of accompaniment” which teaches us to remove our sandals before the sacred ground of the other (cf. Ex 3:5). The pace of this accompaniment must be steady and reassuring, reflecting our closeness and our compassionate gaze which also heals, liberates and encourages growth in the Christian life. —POPE FRANCIS, Evangelii Gaudium, n. 169

And the Holy Father adds that this is not about merely making ourselves or others feel good. Rather,

Although it sounds obvious, spiritual accompaniment must lead others ever closer to God, in whom we attain true freedom. Some people think they are free if they can avoid God; they fail to see that they remain existentially orphaned, helpless, homeless. They cease being pilgrims and become drifters, flitting around themselves and never getting anywhere. To accompany them would be counterproductive if it became a sort of therapy supporting their self-absorption and ceased to be a pilgrimage with Christ to the Father. —Evangelii Gaudium, n. 170

…AND TO BE TOUCHED

The second thought that comes to mind is that Jesus came to earth in the flesh precisely in order to touch us! He did not hover aloft in a cloud, announcing that the Kingdom of God is near. He did not remain aloof, hidden in the corners of the Temple. Rather, Jesus, the God-man, became like us so that we could touch Him. And 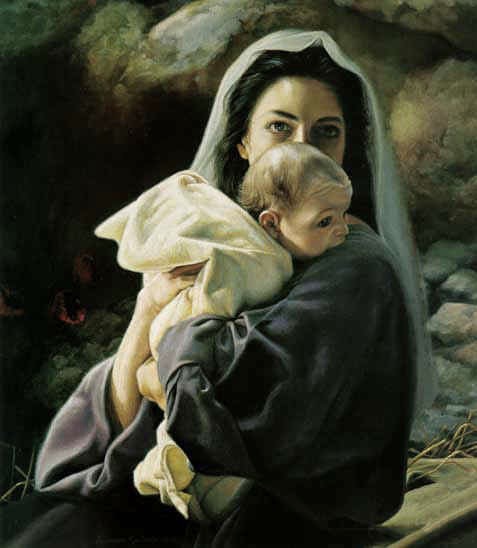 so, smelly shepherds held his infant body. Mary nursed Him. Joseph nuzzled Him beneath his chin. The prophet Simeon cradled Him in his arms. The children climbed onto His lap. The
Apostle John rested on His breast. The Roman Soldiers held His arms and legs, fastening them to a Cross. And Thomas reached into His side and touched His wounds. Yes, this was the whole plan from the very beginning—that you and I could touch His wounds, for in them is found unconditional love, unfathomable mercy and salvation.

But he was pierced for our sins, crushed for our iniquity. He bore the punishment that makes us whole, by his wounds we were healed. (Isaiah 53:5)

We touch Christ’s wounds through faith—through trust that He loves me and will never leave me, despite my worst sins. And, each day in the Holy Eucharist, He reaches out and touches us again, physically, intimately, tangibly. There, in that tiny Host, is the touch of One who has loved you to the end.

In closing, I want to quote my fiery friend, Daniel O’Connor, a young husband and father who has the revolutionary spirit of St. Maximilian Kolbe… that priest whose touch healed so many in the concentration camp of Auschwitz. Jesus promised that He would “open wide the doors of Mercy” before the door of Justice must open. It is in that expectation that Daniel prophesies:

Call me crazy, but I really believe that just walking through the streets in prayer can now achieve what once took a Eucharistic Procession to achieve. I really believe that, if you live in the Divine Will and desire to proclaim the Divine Mercy, saying “God Bless you” to someone can achieve what once took a long sermon accomplish. I really believe that handing someone a simple Divine Mercy card (or even just placing it somewhere) can do in a soul what once required convincing her to read a long book. I really believe that, even if to us our attempts seem so inadequate, miserable, and meager, that nevertheless through our prayer in the Divine Will, we can be the greatest intercessors and missionaries in history. Should we therefore stop at the minimum? Of course not. But let us trust that even these tiny acts on our part can indeed be and will be multiplied a thousand fold, and let that trust determine the degree of our inspiration to be faithful and attentive to so great an invitation. It’s very easy for us to say “Fiat.” Let us say it this [Year of Mercy]. —from “And So It Begins”, December 8th, 2015; dsdoconnor.com

Will you be His touch?

She Will Hold Your Hand

So, You Saw Him Too?

* The picture of Mary holding Jesus is “Be Unto Me” by Liz Lemon Swindle.

Bless you, and thank you.

To journey with Mark in the The Now Word this Advent,
click on the banner below to subscribe.
Your email will not be shared with anyone.