THE NOW WORD ON MASS READINGS
for Saturday of the Third Week of Lent, March 14th, 2015 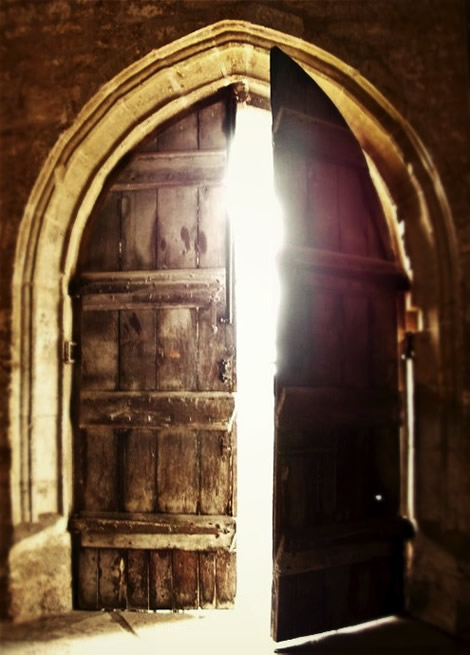 Due to the surprise announcement by Pope Francis yesterday, today’s reflection is slightly longer. However, I think you will find its contents worth reflecting on…

THERE is a certain sense building, not only among my readers, but also of mystics with whom I’ve been privileged to be in contact with, that the next few years are significant. Yesterday in my daily Mass meditation, [1]cf. Sheathing the Sword I wrote how Heaven itself has revealed that this present generation is living in a “time of mercy.” As if to underline this divine warning (and it is a warning that humanity is on borrowed time), Pope Francis announced yesterday that Dec. 8th, 2015 to Nov. 20th, 2016 will be a “Jubilee of Mercy.” [2]cf. Zenit, March 13th, 2015 When I read this announcement, the words from St. Faustina’s diary came immediately to mind:

Perhaps it is not surprising that Pope Francis has declared such an ‘extraordinary holy year’ as just last year, in an address to the parish priests of Rome, he called them to…

…hear the voice of the Spirit speaking to the whole Church of our time, which is the time of mercy. I am sure of this. It is not only Lent; we are living in a time of mercy, and have been for 30 years or more, up to today. —POPE FRANCIS, Vatican City, March 6th, 2014, www.vatican.va

The “30 years” is a reference possibly to the time frame of when the “ban” on St. Faustina’s writings was lifted by St. John Paul II in 1978. For, from that moment, the message of Divine Mercy has gone forth to the world, timed as it were for now, as Pope Benedict XVI observed after his Apostolic Journey to Poland:

Sr. Faustina Kowalska, contemplating the shining wounds of the Risen Christ, received a message of trust for humanity which John Paul II echoed and interpreted and which really is a central message precisely for our time: Mercy as God’s power, as a divine barrier against the evil of the world. —POPE BENEDICT XVI, General Audience, May 31st, 2006, www.vatican.va

As I noted previously in a vision of St. Faustina, she said:

She saw Him “like a king,” she said. Ironically, the Jubilee of Mercy is to begin on December 8th this year, which is the feast of the Immaculate Conception, and it ends next year on the feast of Christ the King. In fact, not only does Faustina’s diary begin addressed to the “King of Mercy,” but this is precisely how Jesus said He wants to be revealed to the world:

…before I come as the just Judge, I am coming first as the King of Mercy. Ibid. n. 83

There will come a time when this work, which God is demanding so very much, will be as though utterly undone. And then God will act with great power, which will give evidence of its authenticity. It will be a new splendor for the Church, although it has been dormant in it from long ago. That God is infinitely merciful, no one can deny. He desires everyone to know this before He comes again as Judge. He wants souls to come to know Him first as King of Mercy. —Ibid. n. 378

Fr. Seraphim Michalenko is one of the “fathers of Divine Mercy” who was responsible in part for the translation of Faustina’s diary, and who was also the vice-postulator for her canonization. While traveling to a conference we were speaking at, he explained to me how the writings of St. Faustina were nearly sunk due to bad translations that were spread without authorization (the same thing—unauthorized translations—has also caused problems for Luisa Picarretta’s writings, hence the moratorium on unauthorized publications at this time). St. Faustina foresaw all of this. But she also foresaw that Divine Mercy would play a part in the coming “new splendor” [3]cf. The Coming New and Divine Holiness of the Church, which is the “triumph of the Immaculate Heart” promised at Fatima in 1917.

A ONE HUNDRED YEAR CONVERGENCE?

Something else happened in 1917: the birth of Communism. If God delayed a chastisement of the earth from Heaven, He certainly permitted the course of human affairs to continue upon their path of rebellion, all the while calling humanity back to Himself. In fact, in the months before Lenin stormed Moscow in the October Revolution of 1917, Our Lady warned that the “errors of Russia” would spread throughout the world if mankind did not repent. And here we are today. The errors of Russia—atheism, materialism, Marxism, socialism, etc.—have spread like a cancer into every facet of society bringing about the beginnings of a Global Revolution.

Some were taken aback, then, at the words of Pope Benedict in his homily at the beatification of two of the Fatima seers in 2010.

May the seven years which separate us from the centenary of the apparitions hasten the fulfilment of the prophecy of the triumph of the Immaculate Heart of Mary, to the glory of the Most Holy Trinity. —POPE BENEDICT, Homily, Fatima, Portgual, May 13th, 2010; www.vatican.va

That brings us to 2017, one hundred years after the apparitions that seemed to inaugurate the “time of mercy” that we are now living in.

The words “one hundred years” invoke another memory in the Church: the vision of Pope Leo XIII. As the story goes, the pontiff had a vision during Mass that left him utterly stunned. According to one eyewitness:

It is believed that Pope Leo overheard Satan asking the Lord for a hundred years to test the Church (which resulted in the prayer to St. Michael the Archangel). In a question to an alleged visionary of Medjugorje [4]cf. On Medjugorje named Mirjana, author and attorney Jan Connell asks the question:

J: Will the fulfillment of the secrets of Medjugorje break the power of Satan?

M: That is part of the secrets.

J: Can you tell us anything [regarding the secrets]?

M: There will be events on the earth as warning to the world before the visible sign is given to humanity.

J: Will these happen in your lifetime?

So the Jubilee of Mercy brings us to 2017, one hundred years after Fatima, and fifty years after Vatican II, which has been the source of both renewal and immense division in the Church, whether intended or not. However, I want to repeat that human time is not God’s time. 2017 may very well come and go like any other year. In that regard, Pope Benedict qualified his statement:

I said the “triumph” will draw closer. This is equivalent in meaning to our praying for the coming of God’s Kingdom. This statement was not intended—I may be too rationalistic for that—to express any expectation on my part that there is going to be a huge turnaround and that history will suddenly take a totally different course. The point was rather that the power of evil is restrained again and again, that again and again the power of God himself is shown in the Mother’s power and keeps it alive. The Church is always called upon to do what God asked of Abraham, which is to see to it that there are enough righteous men to repress evil and destruction. I understood my words as a prayer that the energies of the good might regain their vigor. So you could say the triumph of God, the triumph of Mary, are quiet, they are real nonetheless. —POPE BENEDICT XVI, Light of the World, p. 166, A Conversation With Peter Seewald

And that seems to be the point of the Jubilee of Mercy that has been announced—to reverse the tide of evil that is sweeping over mankind at an exponential speed; that Divine Mercy would, as Pope Benedict said after his journey to Poland, act as ‘a divine barrier against the evil of the world.’

I am convinced that the whole Church can find in this Jubilee the joy to rediscover and make fruitful the mercy of God, with which we are all called to give consolation to each man and each woman of our time. We entrust it to the Mother of Mercy, so that she may turn towards us her gaze and watch over our path. —POPE FRANCIS, March 13th, 2015, Zenit

Speaking of timing, today’s Mass readings, then, could not be more timely…

Come, let us return to the LORD, it is he who has rent, but he will heal us; he has struck us, but he will bind our wounds… Let us know, let us strive to know the LORD; as certain as the dawn is his coming, and his judgment shines forth like the light of day! (First reading)

Have mercy on me, O God, in your goodness;
in the greatness of your compassion wipe out my offense. (Today’s Psalm)

…the tax collector stood off at a distance and would not even raise his eyes to heaven but beat his breast and prayed, ‘O God, be merciful to me a sinner.’ (Today’s Gospel)

The Great Refuge and Safe Harbour

Convergence and the Blessing