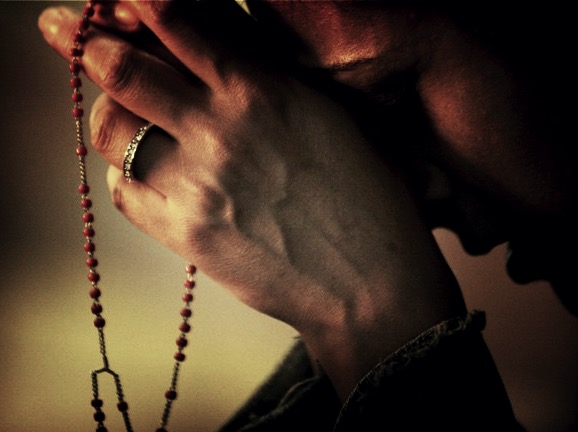 I AM receiving many letters at this time asking me about Charlie Johnston, Locutions.org, and other “seers” who claim to receive messages from Our Lady, angels, or even Our Lord. I am frequently being asked, “What do you think of this prediction or that?” Perhaps this is a good moment, then, to speak on discernment…

It is no secret that I have not shied away from examining some of the prophecies and so-called “private revelations” in our times. I have done so because Scripture commands us to:

Do not quench the Spirit. Do not despise prophetic utterances. Test everything; retain what is good. (1 Thess 5:19-20)

Furthermore, the Magisterium has also carefully encouraged the faithful to be open to prophecy, which is to be distinguished from the definitive Public Revelation revealed in Jesus Christ. Of these “private revelations”, the Catechism says…

It is not their role to complete Christ’s definitive Revelation, but to help live more fully by it in a certain period of history. —Catechism of the Catholic Church, n. 67

In this case, prediction of the future is of secondary importance. What is essential is the actualization of the definitive Revelation. —Cardinal Ratzinger (POPE BENEDICT XVI), Message of Fatima, Theological Commentary, www.vatican.va

So what do we do with messages such as Fatima or Akita where the seers give us more specific details of future events? What of people such as Fr. Stephano Gobbi, Charlie Johnston, Jennifer, the visionary of Locutions.org etc., who give not only specific predictions, but in some instances even detailed timelines?

First, I wish to make it clear that although I may have quoted some of these individuals in the spirit of St. Paul, it is not my place to determine their “authenticity”, which is the role of the local ordinary where the alleged seer resides (or in the case of Medjugorje, the local bishop’s authority on the alleged phenomena has been transferred to the Holy See). Though I have encouraged readers at times to consider what this or that person feels is a prophetic word for the Church, that does not mean that I endorse every viewpoint or prediction they make.

For one, I don’t read a great deal of private revelation—mostly so that the stream of my own prayer and thoughts remain undiluted. In fact, it may surprise readers that I have read very little of Charlie Johnston’s writings, and most other seers and visionaries. I have only read that which I felt the Spirit wanted me to (or my spiritual director has asked me to consider). I think that’s what it means to not “despise prophetic utterances” or “quench the Spirit”; it means that we should be open when the Spirit wishes to speak to us in this manner. I don’t believe it means that we are required to read every single claim to private revelation that is made (and such claims are bountiful today). On the other hand, as I wrote not long ago, many are more interested in Silencing the Prophets.

Is there not a happy medium between those who want nothing to do with private revelation and those who embrace it without proper discernment?

IT’S NOT IN THE DETAILS

Perhaps many are turned off from private revelation precisely because they don’t know what to do with the “details”—those predictions that are specific. Here is where one has to remember the role of authentic prophecy in the first place: to re-awaken one to the will of God in the present moment. When it comes to whether this event will take place by this date, or this thing or that will happen, the most truthful response we can give is, “We’ll see.”

“How can we recognize that a word is one the Lord has not spoken?” — if a prophet speaks in the name of the Lord but the word does not come true, it is a word the Lord did not speak. The prophet has spoken it presumptuously. (Deut 18:22)

There is also the case, such as with Jonah, where a prophecy (in this example, a chastisement) can be mitigated or delayed depending upon the response of those to whom it is directed. This does not, therefore, make the prophet “false”, but underscores that God is merciful.

Another crucial aspect to remember is that seers and visionaries are not infallible vessels. If you’re looking for a seer who is “perfect” in everything they convey, may I suggest these four to you: Matthew, Mark, Luke and John. But when it comes to private revelation, the recipient receives the divine impulse through their senses: memory, imagination, intellect, reason, vocabulary, and even will. Thus, Cardinal Ratzinger rightly said that we should not think of apparitions or locutions as if it were “heaven appearing in its pure essence, as one day we hope to see it in our definitive union with God.” Rather, the revelation imparted is often a compression of time and place into a single image that is “filtered” by the visionary.

…the images are, in a manner of speaking, a synthesis of the impulse coming from on high and the capacity to receive this impulse in the visionaries…. Not every element of the vision has to have a specific historical sense. It is the vision as a whole that matters, and the details must be understood on the basis of the images taken in their entirety. The central element of the image is revealed where it coincides with what is the focal point of Christian “prophecy” itself: the centre is found where the vision becomes a summons and a guide to the will of God. —Cardinal Ratzinger (POPE BENEDICT XVI), Message of Fatima, Theological Commentary, www.vatican.va

In that regard, this is where I was struck by the central message that Charlie Johnston, among others, has given, including myself. That there is
a “Storm” coming that is going to change the course of history. Charlie has also made spiritual preparation central to his message, which is the essence of prophecy. In his own words,

One need not agree with all – or even most – of my supernatural claims to welcome me as a fellow worker in the vineyard. Acknowledge God, take the next right step, and be a sign of hope to those around you. That is the sum of my message. All else is explanatory detail. — “My New Pilgrimage“, August 2nd, 2015; from The Next Right Step

Precisely because divine impulses are received by human vessels, interpretation of private revelation can vary, unlike Scripture whose definitive interpretation is the hands of the Apostles and their successors (see The Fundamental Problem).

Know this first of all, that there is no prophecy of scripture that is a matter of personal interpretation, for no prophecy ever came through human will; but rather human beings moved by the holy Spirit spoke under the influence of God. (2 Pet 1:20-21)

Charlie has made the claim that the angel Gabriel revealed that, toward the end of 2017, Our Lady will come to “rescue” the Church in the midst of chaos. Again, “we’ll see.” God’s mercy is so fluid, His timing rarely ever our own. Our role as the body of Christ is not to despise such prophecies, but test them. Apparently the authorities in Charlie’s diocese are doing just that.

Another example is that of a self-described theologian who wrote an article some time ago called “Mark Mallett’s Errors on the Three Days of Darkness” (see A Response). I noted then, as I do now, that it was strange that a “theologian” would write this since the so-called “three days of darkness” [3]cf. Three Days of Darkness is a private revelation—not an article of the Faith. There is no “error” in speculating on what a certain prediction means, or when it could take place, if at all, so long as the interpretation does not contradict Sacred Tradition.

LOVE IS WHAT MATTERS

Many are distracted today from that which is necessary by being caught up in predictions, fear, and trying to preserve their own lives. What matters most is that we love.

…if I have the gift of prophecy and comprehend all mysteries and all knowledge; if I have all faith so as to move mountains but do not have love, I am nothing… Love never fails. If there are prophecies, they will be brought to nothing… For we know partially and we prophesy partially, but when the perfect comes, the partial will pass away… (1 Cor 13:2, 8)

It is not a matter of aligning oneself with this or that seer, but “retaining what is good” so as to become more fully aligned with Jesus Christ. So I have nothing to say, really, about the details that others feel compelled to give. But we cannot ignore the big picture: that the world is plunging into darkness; that Christianity is losing its influence; that immorality is widespread; that a global revolution is underway; that a schism is fomenting in the Church; and that the world economy and existing political structures seem doomed to collapse. In a word, that a “new world order” is emerging.

And so what does this “prophetic word” tell us? That we need to draw closer to Jesus, and urgently. That prayer must become for us like breathing so that we remain constantly on the Vine. That we must be in “state of grace” to close the spiritual “cracks” that Satan could exploit; that we must draw nearer to the Sacraments and to the Word of God; and that we must be willing to love, even unto death.

Live like this, and you will be prepared for any storm that comes.

Of Seers and Visionaries

Thanks for supporting this full-time ministry,
which is also our daily bread.