THE NOW WORD ON MASS READINGS
for Thursday of the Second Week of Lent, March 5th, 2015 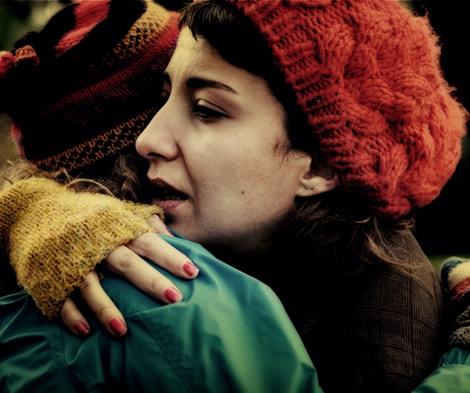 TRUTH without charity is like a blunt sword that cannot pierce the heart. It might cause people to feel pain, to duck, to think, or step away from it, but Love is what sharpens truth such that it becomes a living word of God. You see, even the devil can quote Scripture and produce the most elegant apologetics. [1]cf. Matt 4;1-11 But it is when that truth is transmitted in the power of the Holy Spirit that it becomes…

…living and effective, sharper than any two-edged sword, penetrating even between soul and spirit, joints and marrow. (Heb 4:12)

Here I am trying to speak in plain language of something that is mystical in nature. As Jesus said, “The wind blows where it wills, and you can hear the sound it makes, but you do not know where it comes from or where it goes; so it is with everyone who is born of the Spirit.” [2]John 3:28 Not so the one who walks in the flesh:

Cursed is the man who trusts in human beings, who seeks his strength in flesh, whose heart turns away from the LORD. He is like a barren bush in the desert… (First reading)

Pope Francis describes such Christians as ones who are “worldly.”

Spiritual worldliness, which hides behind the appearance of piety and even love for the Church, consists in seeking not the Lord’s glory but human glory and personal well-being… This stifling worldliness can only be healed by breathing in the pure air of the Holy Spirit who frees us from self-centredness cloaked in an outward religiosity bereft of God. Let us not allow ourselves to be robbed of the Gospel! —POPE FRANCIS, Evangelii Gaudium, n. 93,97

Blessed the man who follows not the counsel of the wicked nor walks in the way of sinners, nor sits in the company of the insolent, but delights in the law of the LORD and meditates on his law day and night. (Today’s Psalm)

That is, blessed is the man who does not follow the counsel of “progressive” talk shows nor chase after fleeting pleasures like a pagan. Who does not spend his days watching mindless television or surfing endless garbage on the internet or wasting his time playing empty games, gossiping, and losing precious time… but blessed is the one who prays, who has a deep personal relationship with the Lord, who listens for His voice and obeys it, who breathes the pure air of the Holy Spirit, not the foul stench of the world’s sin and empty promises. Blessed is the one who seeks first the Kingdom of God, not man’s kingdoms, and who puts his trust in the Lord.

He is like a tree planted near running water, that yields its fruit in due season… In the year of drought it shows no distress, but still bears fruit. (Psalm and first reading)

When a man or woman like this speaks the truth, there is a supernatural force behind their words which become like divine seeds cast upon the heart of their listener. For when they are bearing the fruit of the Spirit—love, joy, peace, patience, kindness, generosity, faithfulness, gentleness, self-control… [3]cf. Gal 5:22-23 their words take on the life and character of God. In fact, the presence of Christ in them is often a Word in itself spoken in silence.

The world today is like a “a lava waste, salt and empty earth.” [4]First reading It is awaiting the sons and daughters of God, the bearers of Love, to come and transform it by their holiness.

Come Out of Babylon