THE NOW WORD ON MASS READINGS
for September 25th, 2014 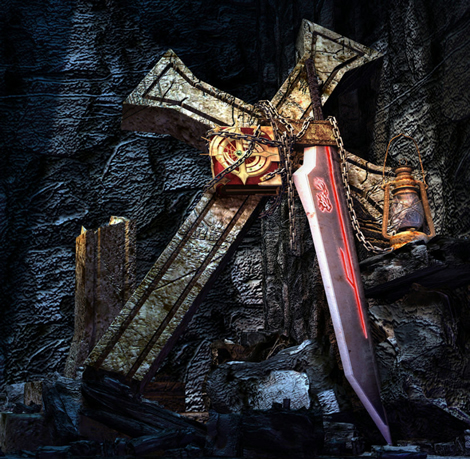 AS I wrote last year, perhaps the most short-sighted aspect of our modern culture is the notion that we are on a linear path of advancement. That we are leaving behind, in the wake of human achievement, the barbarism and narrow-minded thinking of past generations and cultures. That we are loosening the shackles of prejudice and intolerance and marching toward a more democratic, free, and civilized world. [1]cf. The Progression of Man

We couldn’t be more wrong.

History will look back with furrowed brow someday upon the “age of Enlightenment”, these past four hundred years when man, thinking himself brilliant, has rather been led like a blind man up the tallest mountain only to find himself, unknowingly, a step away from tumbling headlong down a sheer cliff. Having gouged out his spiritual eyes, replacing them with the near-sighted guides of “science” and “reason”, man has not only obscured answers to the deepest questions of his existence, but generated phantom visions of a utopia on earth that demands the extermination of the greater part of humanity. [2]cf. The Great Culling In man’s attempt to behead God, he is on the verge of beheading himself.

The Lord’s question: “What have you done?”, which Cain cannot escape, is addressed also to the people of today, to make them realize the extent and gravity of the attacks against life which continue to mark human history… Whoever attacks human life, in some way attacks God himself. —POPE JOHN PAUL II, Evangelium Vitae; n. 10

Vanity of vanities, says Qoheleth, vanity of vanities! All things are vanity! What profit has man from all the labor which he toils at under the sun? One generation passes and another comes, but the world forever stays… (First reading)

In a hundred years, nearly every one of the seven billion people presently on earth will be deceased. All our castles, cars, gold and silver will be in the hands of another man (or decayed) while our own bodily temples will have become fodder for the fields.

There is no remembrance of the men of old; nor of those to come will there be any remembrance among those who come after them… You turn man back to dust, saying, “Return, O children of men”… You make an end of them in their sleep; the next morning they are like the changing grass… (First reading & Psalm)

But this reality evades the present lords of humanity who wield the sword over their fellow man with impunity, [3]Cf. The Great Culling acting as the new Herods of our time. Thinking themselves gods at the apogee of evolution, they are deciding the fate of mankind for the “common good”—ie. they’re own good.

But they too will be struck dumb like Herod. For when they think they have also beheaded the Church once and for all, a remnant will emerge victorious:

Herod said, “John I beheaded. Who then is this about whom I hear such things?” (Today’s Gospel)

And who is this remnant? The anawim, the poor, the little ones who will inherit the earth at the dawn of a new era of peace—they who took their refuge in God rather than the empty promises and fleeting pleasures at the end of this age. These are the ones to whom Jesus will say, “your Father is pleased to give you the kingdom.” [4]cf. Luke 12:32

Teach us to number our days aright, that we may gain wisdom of heart. Return, O LORD! How long? Have pity on your servants! In every age, O Lord, you have been our refuge. Fill us at daybreak with your kindness, that we may shout for joy and gladness all our days. (Today’s Psalm)