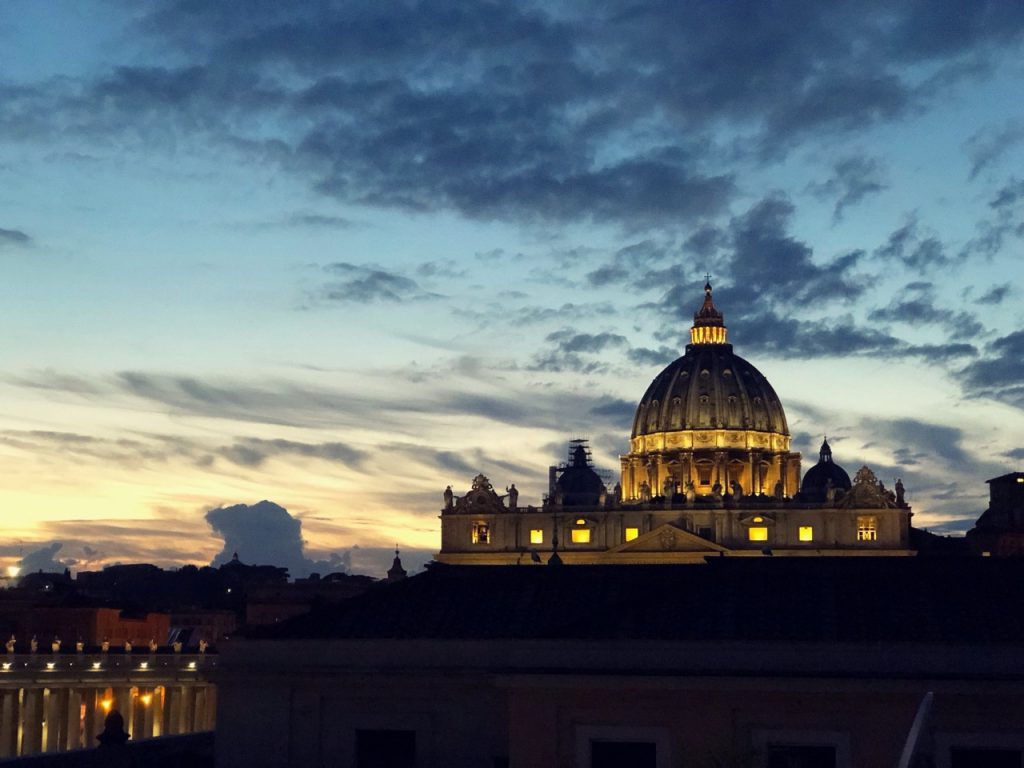 AS various speakers addressed ecumenism at today’s opening session, I sensed Jesus say interiorly at one point, “My people have divided Me.”

The division that has come about over two millennia in Christ’s body, the Church, is no small thing. The Catechism rightly states that “men of both sides were to blame.” [1]cf. Catechism of the Catholic Church,n. 817 So humility—great humility—is necessary as we seek to heal the breach between us. The first step is in acknowledging that we are brothers and sisters.

…one cannot charge with the sin of the separation those who at present are born into these communities [that resulted from such separation] and in them are brought up in the faith of Christ, and the Catholic Church accepts them with respect and affection as brothers…. All who have been justified by faith in Baptism are incorporated into Christ; they therefore have a right to be called Christians, and with good reason are accepted as brothers in the Lord by the children of the Catholic Church. —Catechism of the Catholic Church,n. 818

And then the Catechism makes a crucial point:

“Furthermore, many elements of sanctification and of truth” are found outside the visible confines of the Catholic Church: “the written Word of God; the life of grace; faith, hope, and charity, with the other interior gifts of the Holy Spirit, as well as visible elements.” Christ’s Spirit uses these Churches and ecclesial communities as means of salvation, whose power derives from the fullness of grace and truth that Christ has entrusted to the Catholic Church. All these blessings come from Christ and lead to him, and are in themselves calls to “Catholic unity.” —Ibid. n. 819

So, the saying “extra ecclesiam nulla salus,” or, “outside the Church there is no salvation”[2]cf. St. Cyprian, Ep. 73.21:PL 3,1169; De unit.:PL 4,50-536 remains true since “the power” for these separated communities “derives from the fullness of grace and truth” in the Catholic Church.

Returning now to that “word”: My people have divided Me.

Jesus declared Himself in this way:

Even though the Catholic Church contains the “fullness of grace and truth,” she has become impoverished through 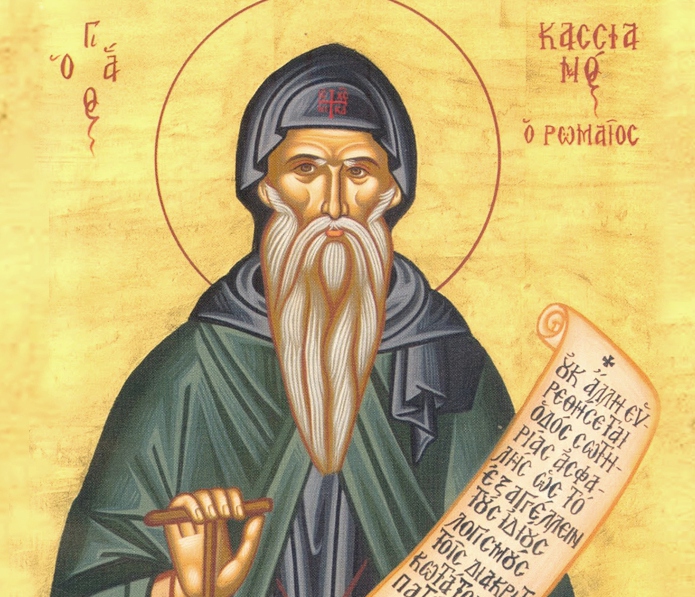 the schisms that have torn her bosom. If we think of the Roman Catholic Church as “the truth”, then perhaps one could think of the Orthodox, who split away at the turn of the first millennium, as emphasizing “the way.” For it is in the Eastern Church that the great monastic traditions sprouted from the desert fathers teaching us “the way” to God through an “interior life.” Their profound evangelization and example of a mystical life of prayer is a direct counter to the modernism and rationalism that have possessed and shipwrecked vast portions of the Western Church. It is for this reason that St. John Paul II declared:

…the Church must breathe with her two lungs! In the first millennium of the history of Christianity, this expression refers primarily to the relationship between Byzantium and Rome. —Ut Unum Sint, n. 54, May 25th, 1995; vatican.va

On the other hand, perhaps we can see the later Protestant split as a certain loss of “the life” of the Church. For it is often in “evangelical” communities where “the written Word of God; the life of grace; faith, hope, and charity, with 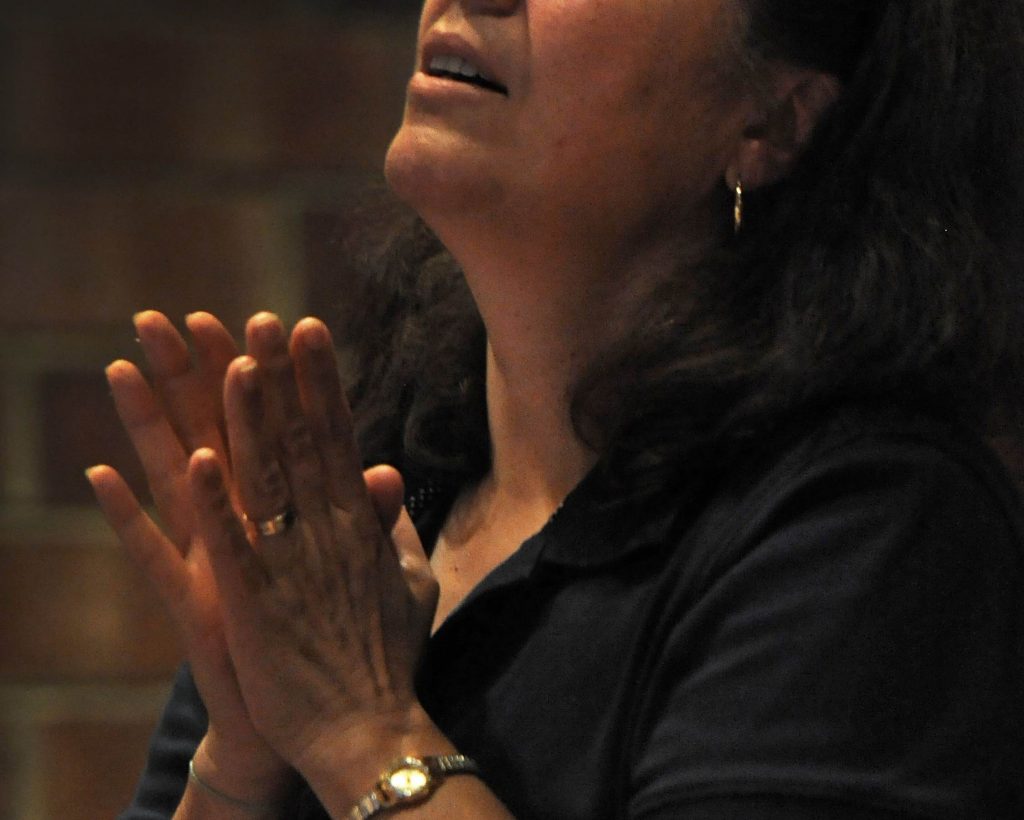 the other interior gifts of the Holy Spirit” are emphasized most. These are the “breath” that fills the lungs of the Church, which is why so many Catholics have fled the pews after encountering the power of the Holy Spirit in these other communities. It was there that they encountered Jesus “personally”, were filled with the Holy Spirit in a new way, and set on fire with a new hunger for God’s Word. This is why St. John Paul II stressed that the “new evangelization” cannot be a mere intellectual exercise.

As you well know it is not a matter of merely passing on a doctrine, but rather of a personal and profound meeting with the Saviour.   —POPE ST. JOHN PAUL II, Commissioning Families, Neo-Catechumenal Way. 1991

Yes, let us be honest:

Sometimes even Catholics have lost or never had the chance to experience Christ personally: not Christ as a mere ‘paradigm’ or ‘value’, but as the living Lord, ‘the way, and the truth, and the life’.  —POPE ST .JOHN PAUL II, L’Osservatore Romano (English Edition of the Vatican Newspaper), March 24, 1993, p.3.

I truly believe we will see a “new springtime” of faith in the Church, but only when she has integrated the “fragmented Christ” and become wholly again an authentic representation of He who is “the way and the truth and the life.”

Brother, Tim Staples, gave a great talk on how the Pope is the “perpetual” sign of the Church’s unity.

The Pope, Bishop of Rome and Peter’s successor, “is the perpetual and visible source and foundation of the unity both of the bishops and of the whole company of the faithful.”—Catechism of the Catholic Church,n. 882

It seems to me, then, that there is another “perpetual” constituent of the Church’s unity and that is the Mother of Christ, the Blessed Virgin Mary. For…

As our Mother, given to us beneath the Cross, she is in continual “birth pangs” as she labors to give birth to the Church, the mystical “body of Christ.” This is reflected in the Church who brings these souls to birth through the womb of the baptismal font. Because the Blessed Mother is in eternity, her maternal intercession is thus perpetual.

We have the Pope as the “visible source and foundation” of our unity, and Mary as our “invisible source” through her spiritual motherhood.