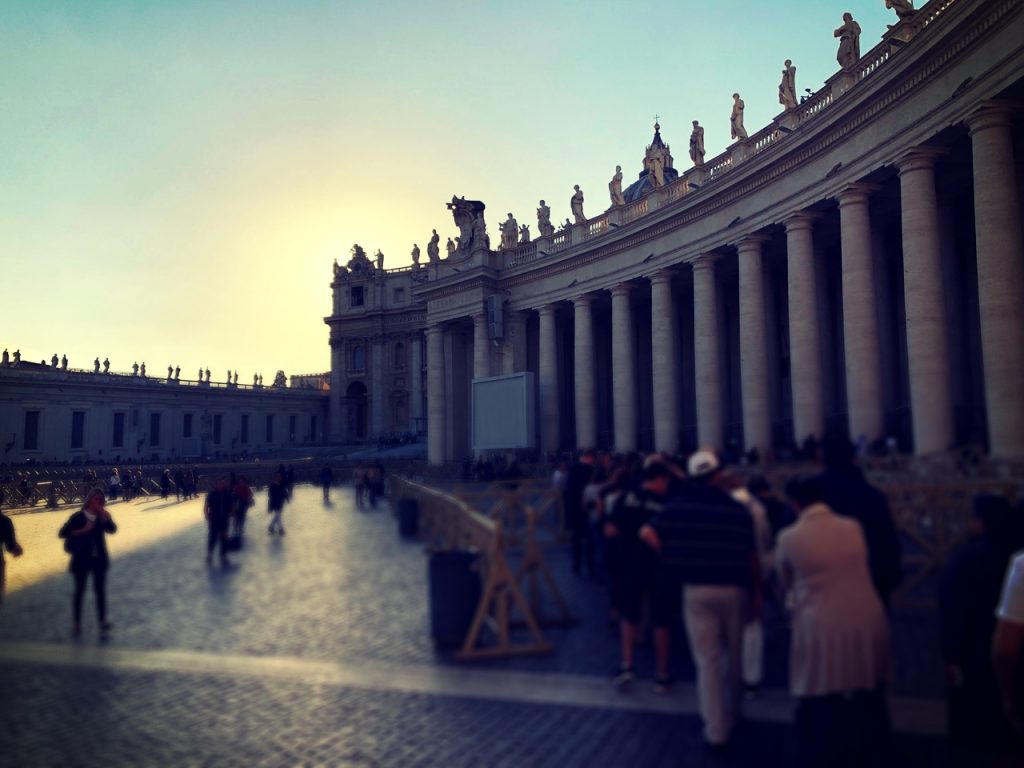 WE opened up this morning’s ecumenical sessions with a song. It reminded me of an event several decades ago…

It was called “March for Jesus.” Thousands of Christians gathered to march through the streets of the city, carrying banners that proclaimed Christ’s lordship, singing songs of praise, and declaring our love for the Lord. As we arrived at the provincial legislative grounds, Christians from every denomination raised their hands and praised Jesus. The air was absolutely saturated with the presence of God. The people beside me had no idea I was a Catholic; I had no idea what their background was, yet we felt an intense love for one another… it was a taste of heaven. Together, we were witnessing to the world that Jesus is Lord.

That was ecumenism in action.

But it must go further. As I said yesterday, we have to seek a way to unite the “fragmented Christ,” and this will only be through great humility, honesty, and God’s grace.

The Catholic Church has been entrusted with the “fullness of grace and truth.” This is a gift to the world, not an obligation.

I asked Cardinal Francis Arinze a direct question about how we should witness the truth in love to others in Canada, given the “soft” hostility of the present government toward those who oppose their politically correct agenda. F 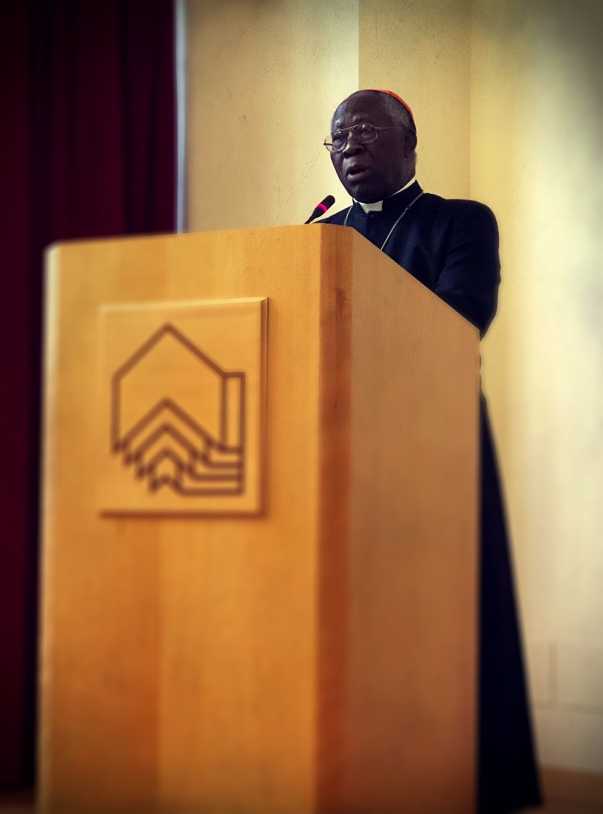 ines and even imprisonment may await those who do not say the right “state-sanctioned” thing, as well as other forms of persecution such as job loss, exclusion, etc.

His response was wise and balanced. One should not seek out imprisonment, he said. Rather, the most “radical” and effective way to affect change is to get involved in the political system. The laity, he said, are called precisely to change the secular institutions around them because that is where they are planted.

His words were by no means a call to passivity. Recall, he said, when Peter, James and John were sleeping in the Garden of Gethsemane. “Judas was not sleeping. He was very active!”, said the Cardinal. And yet, when Peter awoke, the Lord rebuked him for cutting off the ear of the Roman soldier.

The message I took was this: we must not sleep; we need to engage society with the liberating truth of the Gospel. But let the power of our witness lie in the truth and our example (in the power of the Holy Spirit), not in sharp tongues that aggressively attack others.

We entered St. Peter’s Basilica today. The word basilica means “royal house,” and that it is. Even though I have been here before, the beauty and splendor of St. Peter’s is truly overwhelming. I wandered past the original “Pieta” of Michelangelo; I prayed before the tomb of Pope St. John Paul II; I venerated the body of St. John XXIII in his glass casket… but best of all, I finally found a confessional and received the Eucharist. I found Jesus who was waiting for me. 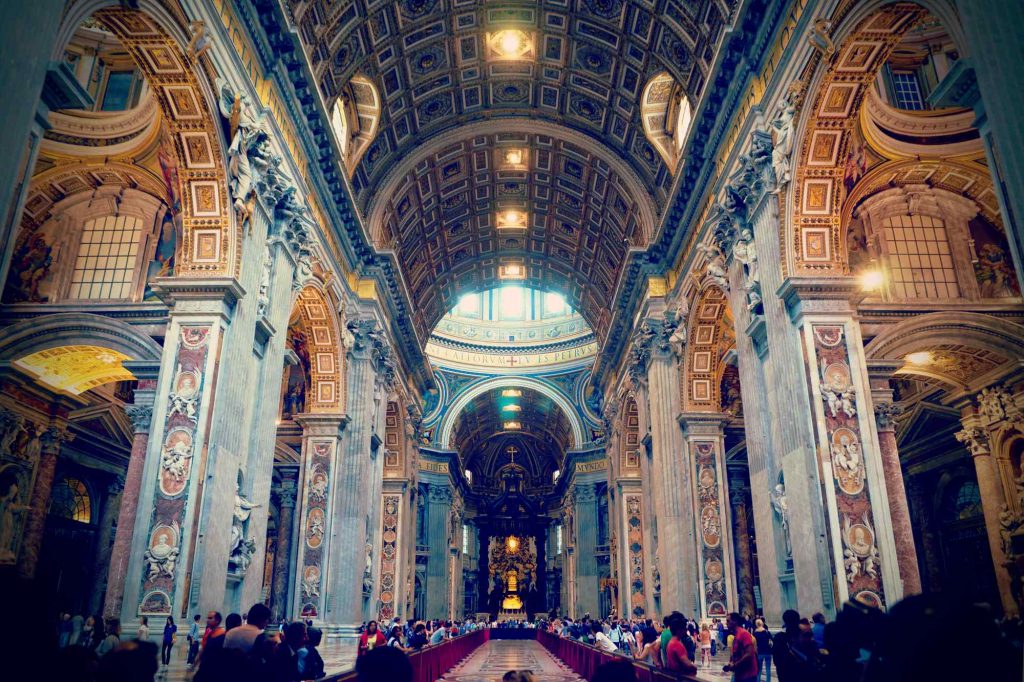 The icing on the cake was that, during this whole time, a Russian Orthodox choir from St. Petersburg echoed throughout the basilica, even singing parts of the Mass. Russian chorale is among my favourite music (like chant on steroids). What a great grace to have been there at the same time.

At the tomb of St. John Paul II, I offered to the Lord you, my readers, and your intentions. He hears you. He will never leave you. He loves you.

In my evening prayer, I was reminded of the daily martyrdom each of us is called to through the words of two saints:

What does it mean to have the flesh pierced by the nails of fear of God except to withhold bodily senses from the pleasures of unlawful desire under the fear of divine judgment? Those who resist sin and kill their strong desires—lest they do anything worthy of death—may dare to say with the Apostle: Far be it from me to glory, except in the cross of our Lord Jesus Christ, through whom the world has been crucified to me and I to the world. Let Christians fasten themselves there where Christ has taken them with himself.  —Pope Leo the Great, St. Leo the Great Sermons, The Fathers of the Church, Vol. 93; Magnificat, November 2018

I will now instruct you on what your holocaust shall consist of, in everyday life, so as to preserve you from illusions. You shall accept all sufferings with love. Do not be afflicted if your heart often experiences repugnance and dislike for sacrifice. All its power rests in the will, and so these contrary feelings, far from lowering the value of the sacrifice in My eyes, will enhance it. Know that your body and soul will often be in the midst of fire. Although you will not feel My presence on some occasions, I will always be with you. Do not fear; My grace will be with you…  —Divine Mercy in My Soul, Diary, n. 1767