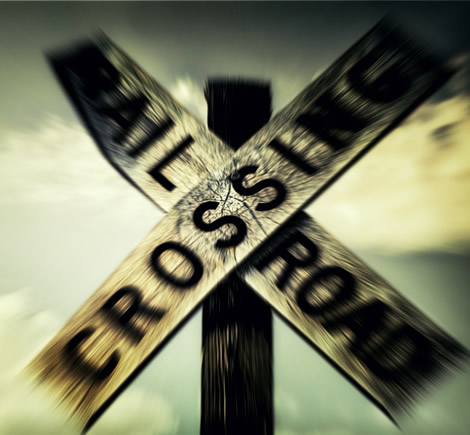 WE have entered a period of time in the Church that will shake the faith of many. And that is because it is going to increasingly appear as though evil has won, as though the Church has become completely irrelevant, and in fact, an enemy of the State. Those who hold fast to the whole of the Catholic faith will be few in number and be universally considered antiquated, illogical, and an obstacle to be removed.

That is to say that Jesus’ victory over death upon the Cross opened the gates of Heaven. But evil is like a long train that has yet to fully pass through this world. Jesus opened the doors for every single human to get off board, but sadly, many don’t want to… and thus it is a train that continues to leave a trail of death behind it. And so, as Christians we wait at the cross-ing until the last car of evil passes through this age. For as St. John wrote:

That is to say that man still has free will, and thus, Satan still retains a foothold in the human heart. As the apostasy crescendos in our time, so too will Satan’s power. But as we read in Revelation 12, towards the end of this age (not the world, but this age), that Satan’s power is going to first be limited (and concentrated into the Antichrist), and then utterly removed for a time.

The huge dragon, the ancient serpent, who is called the Devil and Satan, who deceived the whole world, was thrown down to earth, and its angels were thrown down with it… It took its position on the sand of the sea… To [the beast] the dragon gave its own power and throne, along with great authority… Then I saw an angel come down from heaven, holding in his hand the key to the abyss and a heavy chain. He seized the dragon, the ancient serpent, which is the Devil or Satan, and tied it up for a thousand years. (Rev 12:9, 13:2, 20:1-2)

And it is not that mankind will not have free will during the coming Era of Peace. However, freed from the constant persecution of the powers of hell, and filled with the Spirit as in a new Pentecost, the Church will enjoy a period of rest and unparalleled sanctity in preparation for the return of Jesus at the end of time.

The Teachings of the Catholic Church, published by a theological commission in 1952, concluded that it is not contrary to our faith to…

…hope in some mighty triumph of Christ here on earth before the final consummation of all things. Such an occurrence is not excluded, is not impossible, it is not all certain that there will not be a prolonged period of triumphant Christianity before the end. —The Teaching of the Catholic Church: A Summary of Catholic Doctrine (London: Burns Oates & Washbourne, 1952), p. 1140; cited in The Splendor of Creation, Rev. Joseph Iannuzzi, p. 54

…when the trial of this sifting is past, a great power will flow from a more spiritualized and simplified Church. Men in a totally planned world will find themselves unspeakably lonely. If they have completely lost sight of God, they will feel the whole horror of their poverty. Then they will 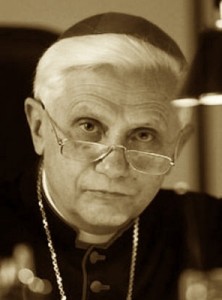 discover the little flock of believers as something wholly new. They will discover it as a hope that is meant for them, an answer for which they have always been searching in secret.