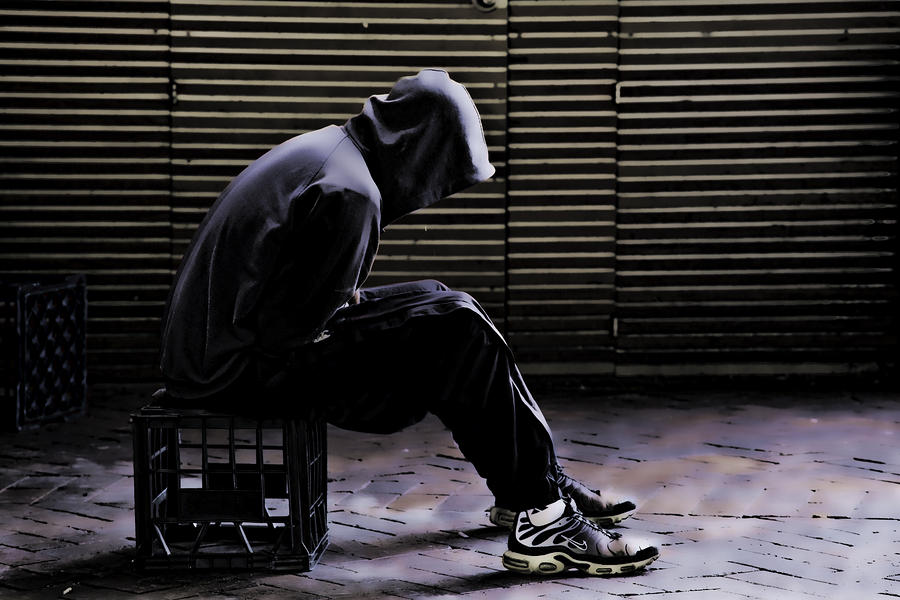 PERHAPS the deepest trial many are experiencing today is the temptation to believe that prayer is futile, that God neither hears nor answers their prayers. To succumb to this temptation is the beginning of the shipwreck of one’s faith…

One reader wrote me saying that he has been praying for years for the conversion of his wife, but she remains as obstinate as ever. Another reader has been unemployed for two years and still can’t find work. Another is faced with endless sickness; another is lonely; another with children who have abandoned the faith; another who, despite frequent prayer, reception of the Sacraments, and every good effort, continues to stumble in the same sins.

And so, they despair.

These are but a few examples of the difficult trials many in the body of Christ are facing today—not to mention those who are watching their children starve to death, their families break-up, or in some cases, put to death in front of their very eyes.

Not only is prayer possible in these situations, but it is essential.

In the profound passages on Christian Prayer in the Catechism of the Catholic Church, it says:

Filial trust is tested – it proves itself – in tribulation. The principal difficulty concerns the 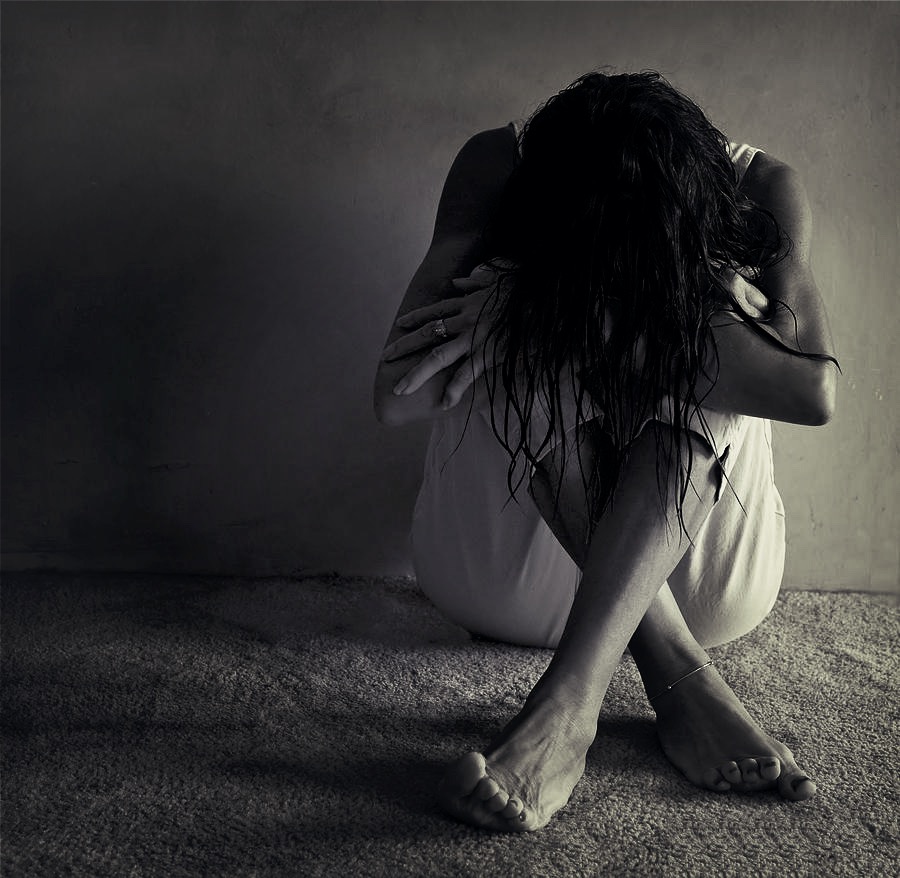 prayer of petition, for oneself or for others in intercession. Some even stop praying because they think their petition is not heard. Here two questions should be asked: Why do we think our petition has not been heard? How is our prayer heard, how is it “efficacious”? —n. 2734

Then, a further question is asked, one that demands an examination of conscience:

…when we praise God or give him thanks for his benefits in general, we are not particularly concerned whether or not our prayer is acceptable to him. On the other hand, we demand to see the results of our petitions. What is the image of God that motivates our prayer: an instrument to be used? or the Father of our Lord Jesus Christ? —n. 2735

Here, we are confronted with an inescapable mystery: God’s ways are not our ways.

I remember when I was 35 years old, sitting at the bedside of my mother who was dying from cancer. This was a holy woman, an icon of love and wisdom in our family. But her death seemed anything but holy. She essentially suffocated in front of us in what seemed an eternity of minutes. The image of mom passing away like a fish out of water has been burned into our minds. Why did such a beautiful person die such a brutal death? Why did my sister die in a car accident years before at the young age of twenty-two?

I don’t think that question—or any question on the mystery of suffering—could be answered sufficiently unless God Himself suffered. Indeed, there was nothing beautiful about Christ’s death. Even His life was marked with trial after trial.

Foxes have holes, and birds of the air have nests; but the Son of man has nowhere to lay his head. (Matt 8:20)

And yet, this Suffering Servant revealed the source of H 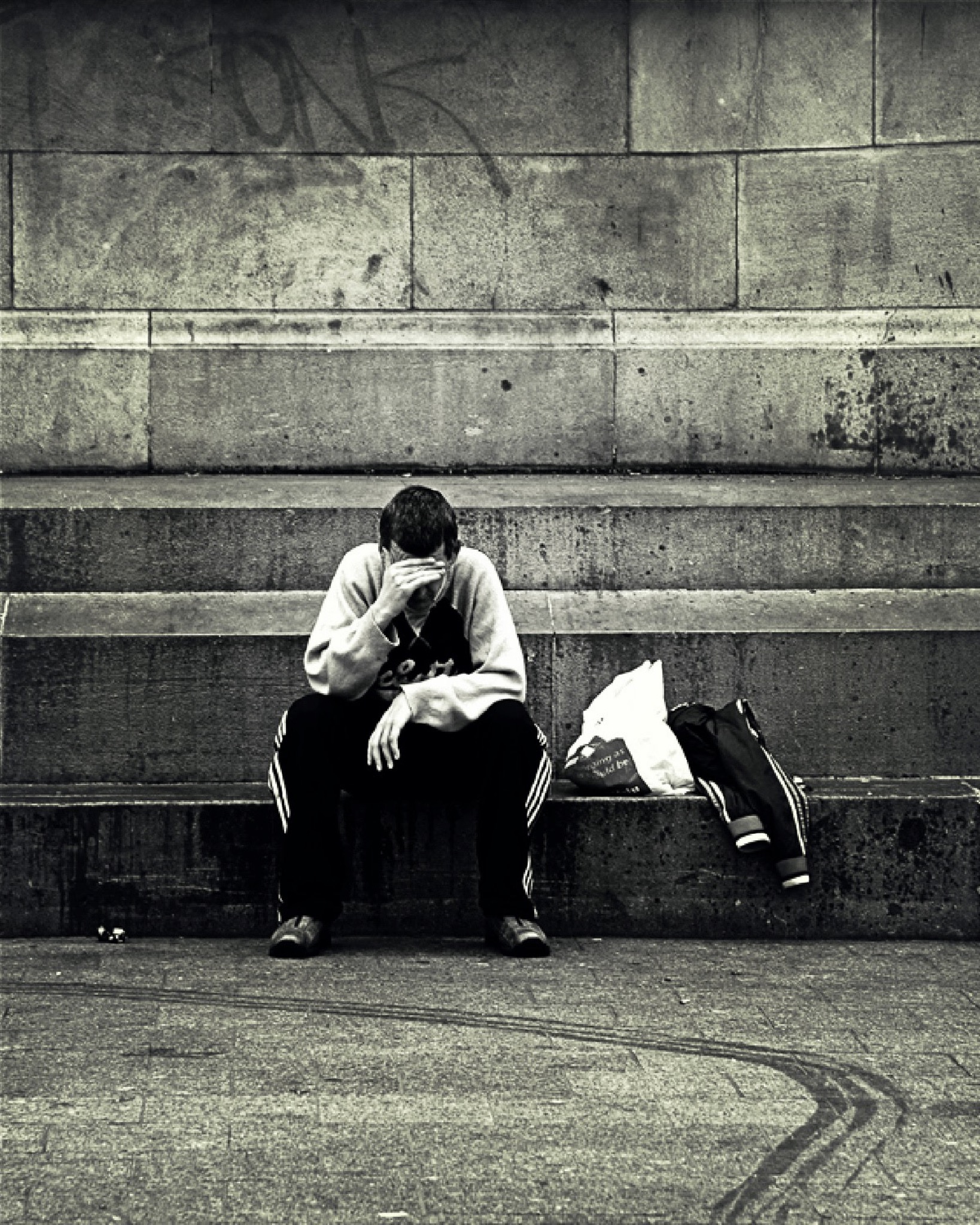 is strength to us: He was in constant prayer with the Father, and most markedly so when He felt that the Father had abandoned Him.

Father, if you are willing, take this cup away from me; still, not my will but yours be done. [ And to strengthen him an angel from heaven appeared to him.] (Luke 22:42-43)

Even then, hanging naked upon the Cross, He cried out: “My God, My God, why have you forsaken me?” Were Jesus to have ended His prayer there, perhaps we too would have reason to utterly despair. But Our Lord added one more cry:

Here, Jesus Himself laid the last pavement stone of the Way that we too are to take, faced as we are with the mystery of sin, evil, and suffering in this world. And that is the way of humility. [1]cf. The Key to Opening God’s Heart

THE WAY OF HUMILITY

The most common yet most hidden temptation is our lack of faith. It expresses itself less by declared incredulity than by our actual preferences. When we begin to pray, a thousand labors or cares thought to be urgent vie for priority; once again, it is the moment of truth for the heart: what is its real love? Sometimes we turn to the Lord as a last resort, but do we really believe he is? Sometimes we enlist the Lord as an ally, but our heart remains presumptuous. In each case, our lack of faith reveals that we do not yet share in the disposition of a humble heart: “Apart from me, you can do nothing.” —Catechism of the Catholic Church (CCC), n. 2732 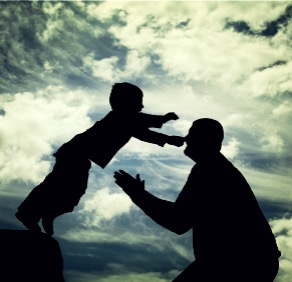 to proceed on the inexplicable path before me? And He answers in today’s Gospel:

Whoever becomes humble like this child is the greatest in the Kingdom of heaven.

The humble are not surprised by their distress; it leads them to trust more, to hold fast in constancy. —CCC, n. 2733

The humble do not understand all of God’s ways; rather, they simply accept them in faith, keeping the Cross and Resurrection as a guiding star before them in the night of suffering.

I often think of Saul’s (St. Paul’s) conversion. Why did the Lord choose the particular day He did to knock Saul off of his high horse? Why didn’t Jesus appear in light before Stephen was stoned? Before other Christian families were torn apart by the violence of the mob? Before Saul was to preside over the torture and death of even more Christians? We
cannot say for certain. But the fact that God showed so much mercy to a man with so much blood on his hands led Paul to become the driving force behind, not only the growth of the early Christian community, but the author of letters that continue to nourish the Church to this day. They were written with the pen of humility that was filled with the ink of prayer.

God hears the cry of the poor. But why does He wait so long at times to address their cry? Here again, another mystery reveals itself—that of human will; the mystery that not only do I have 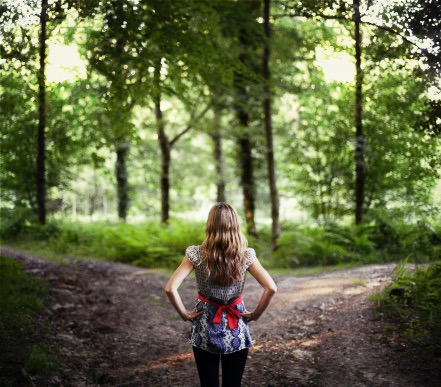 the power to make choices that have both temporal and eternal ramifications, but so too do those around me.

Are we asking God for “what is good for us”? Our Father knows what we need before we ask him, but he awaits our petition because the dignity of his children lies in their freedom. We must pray, then, with his Spirit of freedom, to be able truly to know what he wants… we must battle to gain humility, trust and perseverance… Therein lies the battle, the choice of which master to serve. —CCC, 2735

To whom shall we go? Jesus, you have the words of eternal life. That is really the prayer and choice of the humble heart, of the one who has no answers, no solutions, no light, but the light of faith.

The place of God in my soul is blank. There is no God in me. When the pain of longing is so great—I just long and long for God… and then it is that I feel He does not want me—He is not there—God does not want me. —Mother Teresa, Come By My Light, Brian Kolodiejchuk, M.C.; pg. 2

But every day, Blessed Mother Teresa would still get down on her knees, as though she were entering Gethsemane, and spend an hour with Jesus before the Blessed Sacrament.

Who is going to argue with the fruits of her faith?

PRAYER AT THIS HOUR

I want to conclude by again placing the topic in the context of our tumultuous times. I believe part of the trial of many today lies precisely in the “silence of God” in the face of so many attacks on the faith. But it is not so much silence as the Father saying—as perhaps He once did to Jesus:

My beloved child, this Cup which I give you is for the life of the world. The gift of your suffering, the gift of your “yes” to the Cross, is the means by which I will save it.

The Church is called to participate in Christ’s Passion, Death, and Resurrection precisely as co-operators in the Father’s plan of Redemption. I hear once again those words of that powerful prophecy given at Rome in the presence of Paul VI.

Because I love you, I want to show you what I am doing in the world today. I want to prepare you for what is to come. Days of darkness are coming on the world, days of tribulation… Buildings that are now standing will not be standing. Supports that are there for my people now will not be there. I want you to be prepared, my people, to know only me and to cleave t 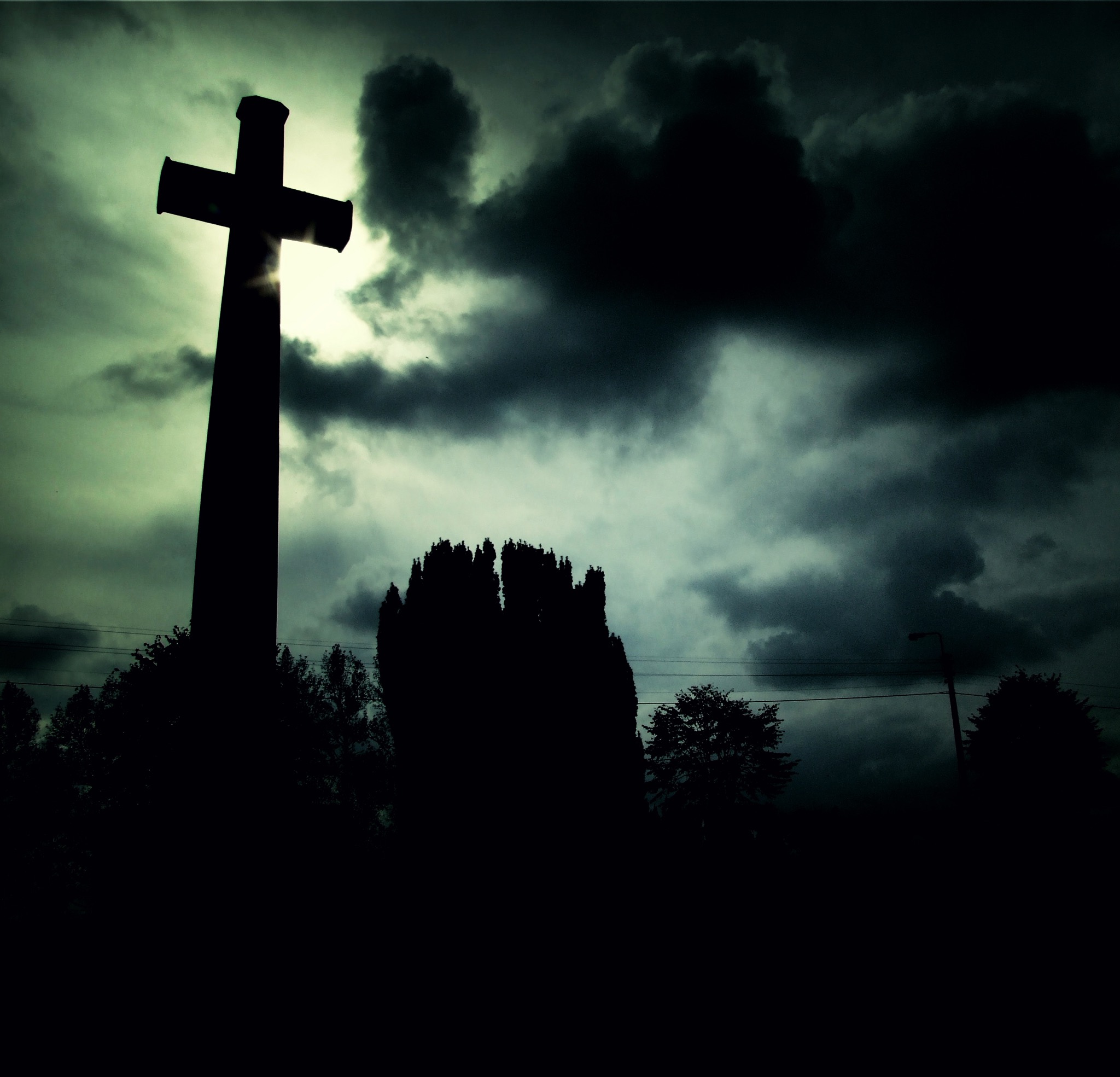 o me and to have me in a way deeper than ever before. I will lead you into the desert… I will strip you of everything that you are depending on now, so you depend just on me. A time of darkness is coming on the world, but a time of glory is coming for my Church, a time of glory is coming for my people. I will pour out on you all the gifts of my Spirit. I will prepare you for spiritual combat; I will prepare you for a time of evangelism that the world has never seen…. And when you have nothing but me, you will have everything: land, fields, homes, and brothers and sisters and love and joy and peace more than ever before. Be ready, my people, I want to prepare you… —given by Dr. Ralph Martin, St. Peter’s Square, Pentecost Monday of May, 1975

Let me conclude, then, with the words of Moses in today’s first reading, and then St. Paul’s. Know this, my beloved brothers and sisters, that I suffer with you in the darkness of faith. Don’t give up: the road to Paradise is narrow, but not impossible. It is walked in the humility of faith in the constancy of prayer.

You will see, when the time is right, that indeed, God makes all things work to the good for those who love Him… [2]cf. Rom 8:28 for those who continue their prayer, even in despair.

It is the LORD who marches before you; he will be with you and will never fail you or forsake you. So do not fear or be dismayed. (First reading)

Beloved, do not be surprised that a trial by fire is occurring among you, as if something strange were happening to you. But rejoice to the extent that you share in the sufferings of Christ, so that when his glory is revealed you may also rejoice exultantly. (1 Pet 4:12-13)

WATCH: The Prophecy at Rome series

Your support… needed and appreciated.