THE NOW WORD ON MASS READINGS
for February 4th, 2014 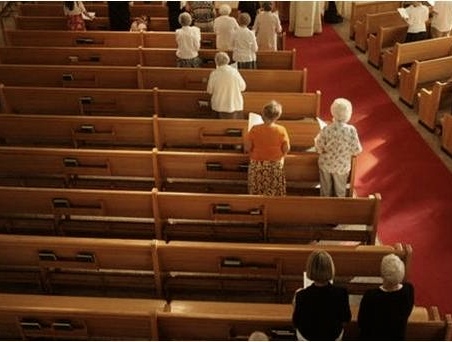 Where are all the children?

THERE are so many little thoughts I have from today’s readings, but they all center around this: the grief of parents who have watched their children lose their faith. Like David’s son Absalom in today’s first reading, their children are caught “somewhere between between heaven and earth”; they have ridden the mule of rebellion straight into the thicket of sin, and their parents feel helpless to do a thing about it.

And yet, so many of these parents that I have met do not look down upon their children with wrath and scorn, like the soldiers in today’s first reading. Rather, they are more like King David… He looked at the soul of his son, created in the image of God, and held hope that its innocence could be restored. He tried to love his son like the Good Samaritan loved the beaten man on the side of the road. Yes, David loved like the Father loved us.

I am certain that when Adam fell into sin, God cried out like David in today’s first reading:

And so He did… God became man and died for us. That is the love of the Father and Jesus Christ, and I see so many parents reflect this self-giving, undying love.

But then, I also see parents who punish themselves, as if this will bring their children back into the fold. “I should’ve done this better; I shouldn’t have done that,” and so on. They are like Jarius, perhaps, who when he saw his daughter becoming sick, sought out Jesus. But by the time the Lord arrived at his house, his daughter had died. Maybe Jarius and his wife said to themselves, “We’ve blown it. It’s too late. We should’ve done more. Our child is too far gone. We didn’t do enough, it’s my fault, it’s your fault, it’s the genes on your side of the family’s fault…. etc.” But to you parents who despair like this, Our Lord also says to you:

Why this commotion and weeping? The child is not dead but asleep.

That is, nothing is impossible for God.

First of all, Jesus did hear Jarius’ intercession for his daughter and immediately set on His way to heal her. So too, dear parents, God has heard your cry to save your children and has immediately set upon the way to save them. Do not doubt this! There is no one in the heavens or on earth who wants to save your children more than Jesus Christ who shed His blood for them! He is the Good Shepherd who at once leaves the ninety-nine sheep to look for the lost sheep caught in the thicket of sin. [1]cf. Luke 15:4

“But my children left the Church 25 years ago,” you might say. Yes, and Jesus didn’t take the shortcut to Jarius’ home either. Because if He had, the hemorrhaging woman might never have been cured. You see, God can make all things work to the good for those who love Him. [2]cf. Rom 8:28 But you need to let God do things His way—He’s got a big plan going! And your child has free will, and so you ultimately have to let them do things their way. [3]cf. Luke 15:12; the father of the prodigal son let him go his own way; every soul is free to choose Heaven or Hell. But Our Lady of Fatima reveals how we can make a difference. In August of 1917, she said to the visionaries: “many souls go to hell, because there are none to sacrifice themselves and pray for them.” So while everything in your family looks like a mess, Jesus turns now to you as He did to Jarius and says,

Do not be afraid; just have faith.

Faith like this woman who hemorrhaged for twelve years. The Gospel says she “spent all she had” looking for a cure. Yes, so many parents have spent themselves saying rosaries, this novena, that devotion, this prayer… and yet, nothing changes—or so it seems. But Jesus says again to you:

Do not be afraid; just have faith.

What brought about the cure of Jarius’ daughter? What brought about the healing of the hemmoraghing woman? Jarius and his wife had to go beyond the “ridicule” being hurled at them and Jesus for believing that their daughter could be saved. The woman likewise had to push beyond all the obstacles, all the doubts, all the seeming impossibilities she faced… and simply touch the hem of Christ. What I am speaking of here is not positive thinking, rather, it is “poverty” thinking: recognizing that I ultimately cannot control anything, but with faith the size of a mustard seed, my God can move mountains. It is the prayer of today’s Psalm:

Incline your ear, O LORD; answer me, for I am afflicted and poor. Keep my [child’s life], for I am devoted to you; save your [servant’s child because I trust] in you.

And some day, somewhere, Jesus will turn to your child, even if it is in their very last breath, [4]cf. Mercy in Chaos and say:

Little child, I say to you, arise!

Have you subscribed to Mark’s other articles
on helping souls to navigate the “signs of the times”?
Click here.

To receive more of the above Mass meditations, The Now Word,
click on the banner below to subscribe.
Your email will not be shared with anyone.