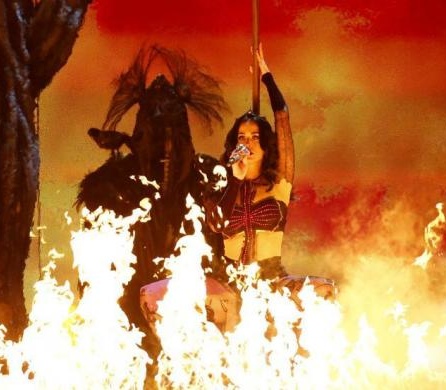 We have to remember that, to a certain degree, guardian angels are only as powerful in our lives as we allow them to be. St. Pio once wrote,

The Devil is like a mad dog tied by a chain. Beyond the length of the chain he cannot catch hold of anyone. And you, therefore, keep your distance. If you get too close you will be caught. Remember, the Devil has only one door with which to enter into our soul: our will. There are no secret or hidden doors. No sin is a true sin if we have not willfully consented. —Roads to Padre Pio by Clarice Bruno, Seventh Edition, National Centre for Padre Pio, Barto, PA. p. 157.

Can the leadership of a nation open its doors to evil by willful acts of injustice or lawlessness? One would only have to look as far back as Rwanda or Nazi Germany to see how the leadership there opened wide the doors to not only great evils, but in many cases demonic possession, according to witnesses. [3]cf. Warnings in the Wind

We read last week how David “lost the sense of sin”, as Pope Francis put it. [4]cf. Homily, Vatican City, Jan. 31, 2013; zenit.org He went on to commit adultery, deception, and murder, bringing death and curses upon his family and the whole nation.

…the role of the guardian angel before baptism is quite similar to the role fulfilled by the angels of the nations… But… from the first day of his life the little child becomes the prey of the devil, whether this be due to Satan’s rights over the race of Adam or whether the child has been dedicated to him through idolatry. As a result, the guardian angel is almost powerless over him, just as over the nations. —The Angels and Their Missions, Jean Daniélou, S. J., p.71

It is the power of the Cross that defeated Satan, a power which is infused in the soul through baptism, which normally includes a “rite of exorcism.” [5]though this rite, unfortunately, has been dropped in some baptismal formulas This, of course, does not mean that an unbaptized soul is going to be possessed—God’s grace protects even there, but only so far. As St. Pio said, “the will” can open doors to evil, including the free will of those in authority.

For our struggle is not with flesh and blood but with the principalities, with the powers, with the world rulers of this present darkness, with the evil spirits in the heavens. (Eph 6:12)

The Gospel doesn’t tell us how a man became possessed by unclean spirits. He lived in the Gentile region of Gerasene; he could have been exposed to anything from the worship of pagan gods, ritual abuse, or the vulnerability from his own mortal sin. What we do see are the effects when Legion comes: the man is foul, violent, naked, preoccupied with death (living in the tombs) and brash before all things holy.

So the question is, would we find the same kind of effects breaking out in nations who have, by the free choice of their wills, opened the door to evil thereby losing divine protection? Nations who could no longer cry out with David in today’s Psalm, “you, O Lord, are my shield!” Would we see in that nation foul language become normalized; violence increase and become glorified; pornography, lust, and pedophilia become rampant; would we see a preoccupation with death: abortion, euthanasia, high rates of suicide, vampire lore, zombies, and war; and would we see blasphemy toward God and the destruction and the mockery of the sacred become commonplace?

I ask this, because that is precisely what St. John foresaw:

Fallen, fallen is Babylon the great. She has become a haunt for demons. She is a cage for every unclean spirit… For all the nations have drunk the wine of her licentious passion. The kings of the earth had intercourse with her, and the merchants of the earth grew rich from her drive for luxury. (Rev 18:2-3)

It was Pius XII who delivered a simple message to the United States a year after the end of World War II and Hitler’s reign of terror.

…the sin of the century is the loss of the sense of sin. —Radio Message to the U.S. National Catechetical Congress in Boston (October 26,1946): Discorsi e Radiomessaggi VIII (1946) 288

And that’s when Legion comes…