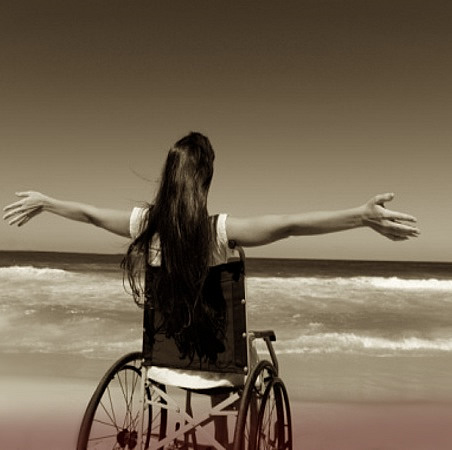 EVERYTHING that happens in our world passes through the fingers of God’s permissive will. This does not mean that God wills evil—He doesn’t. But he permits it (the free will of both men and fallen angels to choose evil) in order to work toward the greater good, which is the salvation of mankind and the creation of a new heavens and new earth.

Think of it this way. In the formation of the planet, enormous glaciers moved across its surface with great violence, carving valleys and paving plains. But such destruction gave way to the most beautiful horizons, the most fertile prairies and valleys, and glorious rivers and lakes, providing mineralized soils and drinking water for animals and humans thousands of miles from the glacial source. Destruction gave way to fertility; violence to peace; death to life.

The Holy Scriptures repeatedly confess the universal power of God… Nothing is impossible with God, who disposes his works according to his will. He is the Lord of the universe, whose order he established and which remains wholly subject to him and at his disposal. He is master of history, governing hearts and events in keeping with his will. —Catechism of the Catholic Church, n. 269

When God calls Samuel in today’s first reading, the boy doesn’t recognize His voice. So too, when God permits suffering in your life and mine, we often fail to recognize His hand in it. Like Samuel, we run in the wrong direction, looking for answers in all the wrong places, saying, “God has abandoned me,” or “The devil is oppressing me,” or “What did I do to deserve this?” etc. What we really need is the same resignation as Samuel, saying, “Speak Lord, your servant is listening.” That is, “Speak to me Lord through this trial. Teach me what You are doing, what You are saying, and grant me the grace to bear it when it is not clear.” The answer to suffering is not to turn to the trinitarian idols of my own understanding, reason, and logic, but to pour out your heart, saying, “Lord, I do not understand. I don’t want to suffer. I am afraid. But you are Lord. And if a sparrow does not fall to the ground without your noticing, then I know that you have not forgotten me in this trial—me for whom your Son Jesus shed His blood. So Lord, in this circumstance, I give you thanks because it is Your mysterious will. Glory be to You, O Lord, glory be to You.”

I have waited, waited for the LORD, and he stooped toward me and heard my cry. Blessed the man who makes the LORD his trust; who turns not to idolatry or to those who stray after falsehood. (Today’s Psalm, 40)

I remember when our family began a month long concert tour one winter, and our tour bus heater broke down a couple hours from home. I was so angry at the Lord. Boy, did I pour out my heart! That night, I went to bed frustrated and confused, since now I had to turn around, drive back to my mechanic, and spend more money I didn’t have.

The next morning, somewhere in that place between sleep and waking, I distinctly heard a voice in my heart: “Give Bill your Deliver Me from Me CD.” Bill was my tour bus mechanic, and I knew he was ill. I shot out of bed, and within 30 seconds, kids still asleep in their beds, I was on the highway.

When I arrived there, I asked one of the other mechanics to look at my heater, and went off to find Bill. I met his wife who told me that he was in the hospital now, and didn’t have much time left. “Please give this to Bill,” I said, and handed her my album with songs of mercy and reconciliation. When I walked outside, I was smiling. There was a reason my heater “broke.” Which is why I wasn’t surprised when the mechanic said he couldn’t find anything wrong with it and that it was working fine—which it did for the whole tour.

I learned after his death that Bill was very grateful for the CD and did indeed listen to it.

We need to trust that the Lord is guiding us, most especially in suffering. It is in prayer where we will find the grace to bear these crosses, unite them to Christ’s sufferings to make them redemptive, and gain the wisdom to grow from them. Like Jesus, we need to go “off to a lonely place and pray”, saying, Speak Lord, your servant is listening. And when the Lord brings the light of understanding, like Jesus, I can say, “That is why I came…”

Sacrifice or oblation you wished not, but ears open to obedience you gave me… then said I, “Behold I come.”