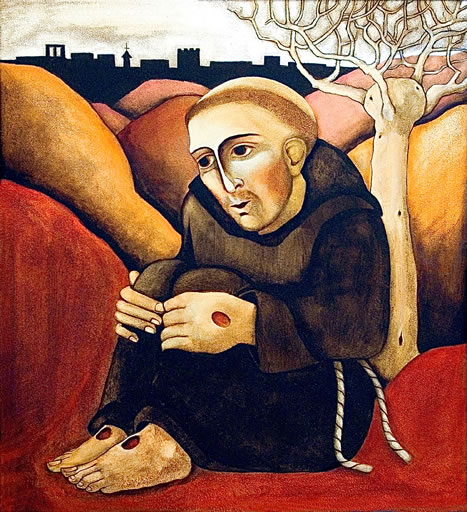 THERE is something stirring in my heart… no, stirring I believe in the whole Church: a quiet counter-revolution to the current Global Revolution underway. It is a Franciscan Revolution…

FRANCIS: MAN OUTSIDE THE BOX

It’s really remarkable how one man can cause such a raucous by his actions, voluntary poverty, and evangelical simplicity. Yes, St. Francis started a revolution when he literally stripped naked of his clothing, left behind his wealth, and began to follow in the footsteps of Jesus. To this day, there has been perhaps no other saint who has challenged us to find true happiness and joy by living in contradiction to the spirit of the world.

There was something immediately prophetic when Cardinal Jorge Mario Bergoglio announced that he chose “Francis” as his papal title. It reverberated deep in my soul, long before I saw his face or heard his first words. It so happened that at the time he was elected, I was crossing an ice road in northern Manitoba to give a mission on a poor native reserve. While there, some of the Pope’s first words began to emerge… 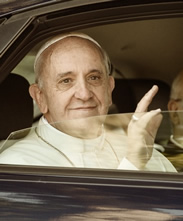 Since then, he has demonstrated in his own choices—from his attire, to where he lives, to his modes of transportation, to the car he drives in, to the things he has preached… the vision that he clearly has for the Church… a poor Church. Yes, if the Head was poor, shouldn’t the Body also be like Him?

Foxes have dens and birds of the sky have nests, but the Son of Man has nowhere to rest his head. (Matt 8:20)

He called priests especially to reject the temptation to think they will be happy if they have “the latest smartphone, the fastest moped and a car that turns heads.” [1]July 8th, 2013, Catholicnews.com Instead,

In this world in which wealth does harm, it’s necessary we priests, we nuns, all of us are consistent with our poverty. —POPE FRANCIS, July 8th, 2013, Vatican City, Catholicnews.com

The Pope is proposing a powerful, biblical vision of what the Church needs to look like at this hour in the world—and in a word, it’s authentic. And what makes her authentic is when the world sees her energies devoted to building the Kingdom of God, not one’s own personal kingdom. This is perhaps why the world no longer believes the Gospel message: they see Catholics pursuing wealth, gadgets, fine wines, new cars, 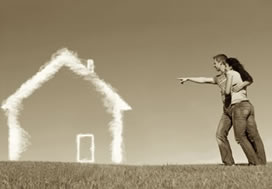 bigger houses, fatter retirement plans, nicer clothing… and they say to themselves, “These Catholics don’t look like they’re living for the next world…. maybe it really doesn’t exist.” What drew people to St. Francis (and Jesus himself) was that he completely emptied himself of worldly attachments, and was filled with the love of the Father. This love, he gave away completely, thinking nothing of himself. As Servant of God Catherine Doherty once said,

Love has no limits. Christian love is allowing Christ to love through our own hearts… That means emptying ourselves from our self-centeredness, from the desire to have all our needs fulfilled. It means that we get busy filling the needs of others. We must accept each person as they are, without wanting to change or to manipulate them. —from My Dear Family, “Hospitality of the Heart”; Fall 2013 issue of Restoration

This desire not to “change or to manipulate” people is precisely the tactic of Pope Francis. Thus, he washes the feet of Muslim women, befriends “liberation theology” proponents, and embraces atheists. And it’s causing an uproar. He’s being accused of being a socialist, communist, a moral relativist, a false prophet…. Yes, there is a palpable fear that this pope is leading the Church astray, if not into the very jaws of the Antichrist. And yet, twice in the past week, the Holy Father has pointed to the Catechism—the summarical teachings of the Catholic Church—as the final authority, both on the issue of homosexuality [2]see the addition I made to Understanding Francis under the heading “Who Am I to Judge” and in understanding the mind of Christ:

…the Catechism teaches us many things about Jesus. We have to study it, we have to learn it… We know the Son of God, who came to save us, we understand the beauty of the history of salvation, of the love of the Father, [by] studying the Catechism… Yes, you have to come to know Jesus in the Catechism – but it is not enough to know Him with the mind: it is a step.” —POPE FRANCIS, September 26th, 2013, Vatican Insider, La Stampa

He went on to say that we must also know Him with the heart, and that comes through prayer:

But more than that, he said,

You cannot know Jesus in first class!… There is a third way to know Jesus: it is by following Him. Go with Him, walk with Him.

I say there is a quiet revolution going on, because Pope Francis’ words are having an impact. One priest told me that he was going to trade

in his car for a new one, but decided to keep the old one instead. Another priest said he has opted to use his smartphone now “until it dies.” He said other priests he knows are selling their expensive cars for more modest ones. A bishop is reconsidering whether to move into a more humble residence… and on and on are the reports that are trickling in.

Jesus, looking at him, loved him and said to him, “You are lacking in one thing. Go, sell what you have, and give to the poor and you will have treasure in heaven; then come, follow me.” (Mark 10:21)

I am hearing these words anew in my heart. They are welling up from a place of deep longing in my soul… to belong only to Jesus so I may also belong more to others. Several years ago, I told my spiritual director how I longed to “sell everything” and live in greater simplicity, but with a large family, this seemed impossible. He looked at me, loved me, and said, “Then your cross is that you cannot do this now. This is the suffering that you can offer up to Jesus.”

Years have now passed, and the Spirit is leading me along a different path. As many of you know, I am first a 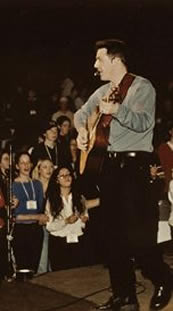 singer/songwriter. I have provided for my family for 13 years, selling albums, touring across North America, giving concerts and missions. But the Lord is asking now for a greater step of faith, confirmed by you the readers and by my spiritual director. And that is to dedicate my time to where souls are gathering… here at this blog and my webcasts (which, yes, I will resume when it’s time!). That means a significant change in my family’s source of income. It means that we are no longer able to live within our means, maintaining our present farm, the machinery, mortgage, etc. Now, that deep calling in my soul is rising to the surface, stirred by the Holy Father’s strong exhortation for the Church to become poor again, to live the beatitude:

Blessed are you who are poor, for the kingdom of God is yours… (Luke 6:20)

For you see, when we are emptied of disordered attachment, then we can be filled with “the kingdom of God.” Then, we truly have something to offer the dissident theologians, atheists, and those searching for God. And they in turn believe us because they see that the first commandment, to love the Lord your God will all your heart, soul, and strength really is our center; that there really is something 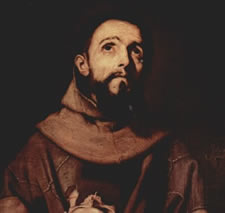 transcendent in this world, another purpose and meaning beyond this life. Then we can truly fulfill the second half of Christ’s command, and that is to “love your neighbour as yourself” by loving them with the love of Christ. When we become signs of contradiction, living in simplicity and yet still joyful (with the joy of Jesus), then they too will want what we have. Or they may reject it, as Jesus was also rejected. But this too becomes a way in which we enter more deeply into Christ’s spiritual poverty, giving witness in His own humility, rejection, and weakness….

And so, after weeks and months of praying and listening, my wife and even my children are hearing the call as well: Go, sell everything… come, and follow Me. We have decided today to place our farm and everything up for sale so that we may more closely follow the Carpenter from Nazareth. Little did we know that this is the feast of St. Francis of Assisi. With his intercession, we hope to live within our means and more freely give our fiat to Jesus—to “preach the Gospel without compromise”; to be more readily available to the Body of Christ, to the poor, to Jesus. There is nothing heroic about this. I am a sinner. I have lived too long in comfort. Rather, I can only say,

We are unprofitable servants; we have done what we were obliged to do. (Luke 17:10)

Yes, this Franciscan Revolution is prophetic. In fact, wasn’t it perhaps foretold, in Vatican City in May of 1975, in the presence of Pope Paul VI?

Because I love you, I want to show you what I am doing in the world today. I want to prepare you for what is to come. Days of 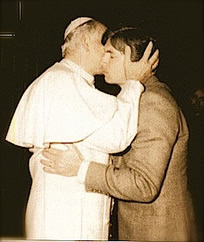 darkness are coming on the world, days of tribulation… Buildings that are now standing will not be standing. Supports that are there for my people now will not be there. I want you to be prepared, my people, to know only me and to cleave to me and to have me in a way deeper than ever before. I will lead you into the desert… I will strip you of everything that you are depending on now, so you depend just on me. A time of darkness is coming on the world, but a time of glory is coming for my Church, a time of glory is coming for my people. I will pour out on you all the gifts of my Spirit. I will prepare you for spiritual combat; I will prepare you for a time of evangelism that the world has never seen…. And when you have nothing but me, you will have everything: land, fields, homes, and brothers and sisters and love and joy and peace more than ever before. Be ready, my people, I want to prepare you… —given by Dr. Ralph Martin, presently consultor to the Pontifical Council for Promoting the New Evangelization

St. Francis, pray for us.

The more we despise poverty the more will the world despise us and the greater need will we suffer. But if we embrace Holy Poverty very closely, the world will come to us and will feed us abundantly. —St. Francis of Assisi, The Wisdom of the Saints, p. 127

We continue to climb toward the goal of 1000 people donating $10/month and are about 65% of the way there.
Thanks for your support of this full time ministry.