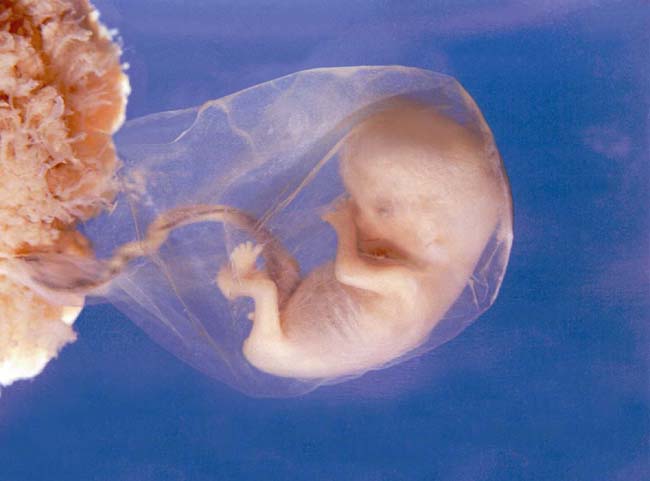 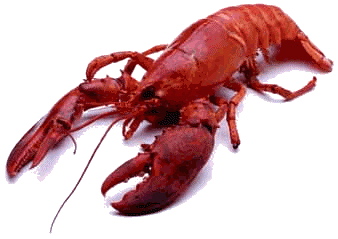 WORLD leaders call Roe vs. Wades’ overturning “horrific” and “appalling”.[1]msn.com What is horrific and appalling is that as early as 11 weeks, babies begin developing pain receptors. So when they are burned to death by saline solution or dismembered alive (never with anesthetic), they are subjected to the most brutal tortures. Abortion is barbaric. Women have been lied to. Now the truth comes into the light… and the Final Confrontation between the Culture of Life and the culture of death comes to a head…

TOLERANT, Humane, Equal—the new Trinity of the modern world, the image in which we have recreated ourselves. As such in this emerging New World Order, animals have been given the same rights as humans… if not more.

The CrustaStun, billed as a more humane way to kill lobsters, was originally launched with a home and restaurant version in 1999 by British inventor Simon Buckhaven. Buckhaven says the shock makes lobsters insensible for pain-free boiling… “There were pressures on them from upscale dining room and grocery chains in the U.K. and London to humanely process seafood.” —CBC News, December 14th, 2006

ALL THINGS BEING EQUAL

Nothing wrong with treating animals more humanely: in fact, abuse of creation is incompatible with Christianity. But if we are to be Tolerant, Humane, and Equal, then shouldn’t all animals be treated the same way?

In some cases, the unborn baby is not recognized as a human being with rights until the moment of birth, even in some “advanced” countries such as Canada (at which point Tinkerbell enters the womb and waves her wand, magically bestowing personhood). But we know these unborn “fetuses” are alive. So at the very least, should they not be treated with the same accord as animals?

It is contradictory to insist that future generations respect the natural environment when our educational systems and laws do not help them to respect themselves. The book of nature is one and indivisible: it takes in not only the environment but also life, sexuality, marriage, the family, social relations: in a word, integral human development. Our duties towards the environment are linked to our duties towards the human person, considered in himself and in relation to others. It would be wrong to uphold one set of duties while trampling on the other.  —POPE BENEDICT XVI, Caritas in Veritate, n. 51

Indeed, the daily destruction of the unborn remains a glaring contradiction. It seems that pain is the pivotal issue here in so far as “rights”—that issue which tugs so profoundly at the sensitive modern heart.

If we demand that lobsters feel little to no pain while killing them, shouldn’t this also be the case when we kill the unborn? But do the unborn feel any pain at all? 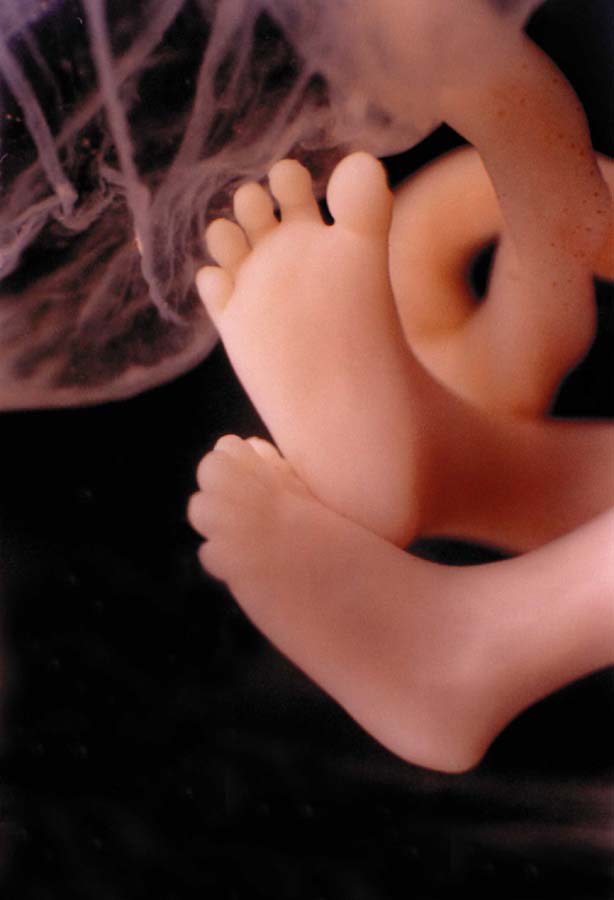 In a livestock slaughterhouse, a method of slaughter is deemed legally humane in the U.S. only if…

…all animals are rendered insensible to pain by a single blow or gunshot or an electrical, chemical, or other means that is rapid and effective before being shackled, hoisted, thrown, cast, or cut. —Section 2 of the Humane Slaughter Act, 7 USC 1902

By contrast, D&E abortions (Dilation and Evacuation) performed as late as 24 weeks—well after the child begins to feel pain—involve the dismemberment of the unborn child by a pair of sharp metal forceps. See here for an illustration. Also, view the video Silent Scream to see an actual D&E procedure and the 12-week-old baby’s response on ultrasound.

Instillation methods of abortion (performed even after 30-32 weeks) involve the replacement of up to one cup of amniotic fluid with a concentrated salt solution. The unborn child inhales the solution as the salt burns the baby’s skin. The child lives in this condition for up to an hour. See the results of such an abortion here.

In neither of these techniques is the unborn child provided with any form of anesthetic. [2]For those who haven’t read the other Hard Truths, it should be understood that I believe the personhood, dignity, and life of the unborn child must be respected from conception until natural death. Anesthesia is not an option to make the pain of our conscience go away. Ending abortion is the only option. It is coming… whether we end it — or God ends it — the end of it is coming.

An unborn child at 20 weeks gestation “is fully capable of experiencing pain… Without question, [abortion] is a dreadfully painful experience for any infant subjected to such a surgical procedure.” —Robert J. White, MD., Ph.D. professor of neurosurgery, Case Western Reserve University

46 million abortions are performed worldwide each year.  —The Center for Bio-Ethical Reform

The hard truth is that—just like the many who talked louder or turned up their radios as the trains, filled with panic-stricken Jews on their way to Auschwitz, passed by their neighbourhoods—we are turning up the volume in our modern world to drown out the pain-filled cries of the unborn… and perhaps the cries of our conscience.

How can we be surprised by the indifference shown towards situations of human degradation, when such indifference extends even to our attitude towards what is and is not human? What is astonishing is the arbitrary and selective determination of what to put forward today as worthy of respect. Insignificant matters are considered shocking, yet unprecedented injustices seem to be widely tolerated. —POPE BENEDICT XVI, Caritas in Veritate, n. 51

To journeyå with Mark in The Now Word,
click on the banner below to subscribe.
Your email will not be shared with anyone.

Posted in HOME, THE HARD TRUTH and tagged abortion.