THE NOW WORD ON MASS READINGS
for Thursday of the Third Week of Lent, March 12th, 2015 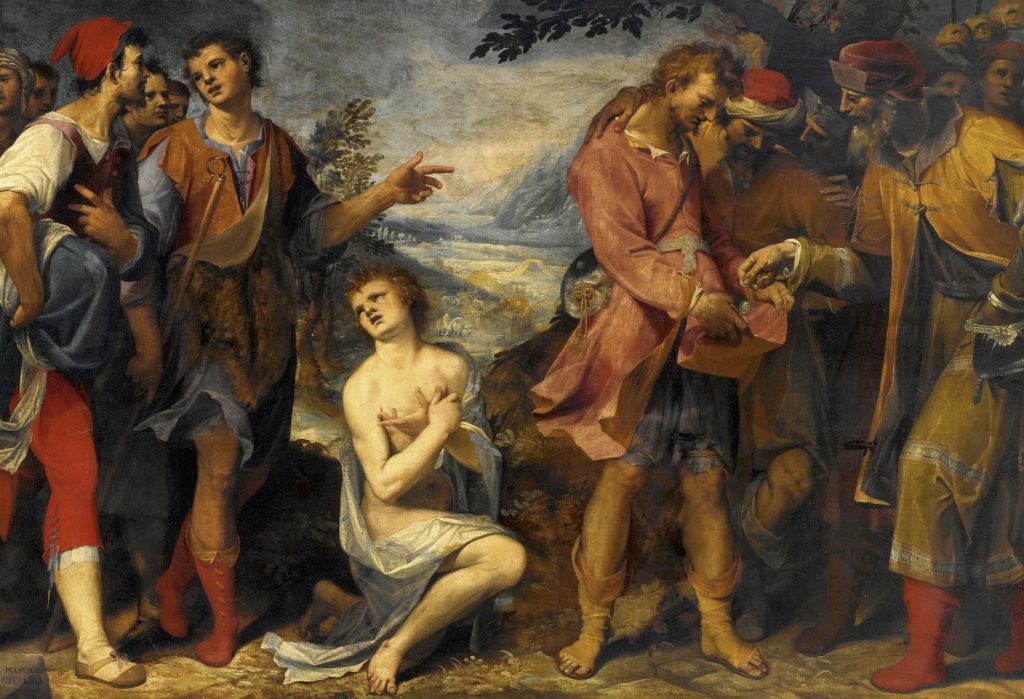 WITH the death of logic, we are not far from when not only truth, but Christians themselves, will be banished from the public sphere (and it’s already begun). At least, this is the warning from the seat of Peter:

When natural law and the responsibility it entails are denied, this dramatically paves the way to ethical relativism at the individual level and to totalitarianism of the State at the political level. —POPE BENEDICT XVI, General Audience, June 16th, 2010, L’Osservatore Romano, English Edition, June 23, 2010

d. totalitarianism: the political concept that the citizen should be totally subject to an absolute state authority.

The progression toward totalitarianism is descibed in today’s first reading:

This is the nation that does not listen to the voice of the LORD, its God, or take correction. Faithfulness has disappeared; the word itself is banished from their speech.

First, a nation turns from the Lord. Second, they ignore the corrections that God sends to call them back. Third, the truth is watered down completely. And last, truth itself is no longer tolerated.

Since [the powers that be] do not admit that one can defend an objective criterion of good and evil, they arrogate to themselves an explicit or implicit totalitarian power over man and his destiny, as history shows… In this way democracy, contradicting its own principles, effectively moves towards a form of totalitarianism. —POPE JOHN PAUL II, Centesimus annus, n. 45, 46; Evangelium Vitae, “The Gospel of Life”, n. 18, 20

That is, the State must control not only what their subjects do, but what they think. And that is easiest through the indoctrination of children. Both the Communists and the Nazis understood that, if you can get to the children, you can control the future. Today, once again, the “re-education” of youth is in full swing under the guise of “compassion” and “tolerance.” But this has not escaped the notice of Pope Francis:

I would like to express my rejection of any kind of educational experimentation with children. We cannot experiment with children and young people. The horrors of the manipulation of education that we experienced in the great genocidal dictatorships of the twentieth century have not disappeared; they have retained a current relevance under various guises and proposals and, with the pretense of modernity, push children and young people to walk on the dictatorial path of “only one form of thought” … A week ago a great teacher said to me… ‘with these education projects I don’t know if we’re sending the kids to school or a re-education camp’… —POPE FRANCIS, message to members of BICE (International Catholic Child Bureau); Vatican Radio, April 11th, 2014

Brothers and sisters, like Joseph in last Friday’s first reading, our children are being sold into a new kind of slavery. It is clear that those who resist are on a head-on collision course with the State… [1]“We are now standing in the face of the greatest historical confrontation humanity has gone through. I do not think that wide circles of the American society or wide circles of the Christian community realize this fully. We are now facing the final confrontation between the Church and the anti-Church, of the Gospel and the anti-Gospel. This confrontation lies within the plans of divine providence. It is a trial which the whole Church… must take up.” —Cardinal Karol Wojtyla (JOHN PAUL II), reprinted November 9, 1978, issue of The Wall Street Journal from a 1976 speech to the American Bishops

Can you hear Jesus saying to you and I today…

Whoever is not with me is against me, and whoever does not gather with me scatters. (Today’s Gospel)

The only Catholic families that will remain alive and thriving in the twenty-first century are the families of martyrs. —Servant of God, Fr. John A. Hardon, S.J., The Blessed Virgin and the Sanctification of the Family

These are difficult things to read, yes, but more difficult to ignore. So if you have not yet, I encourage you to read The Coming New and Divine Holiness, which is a hopeful message of the dawn that lies beyond this present night.