THE NOW WORD ON MASS READINGS
for April 29th, 2014
Memorial of Saint Catherine of Siena 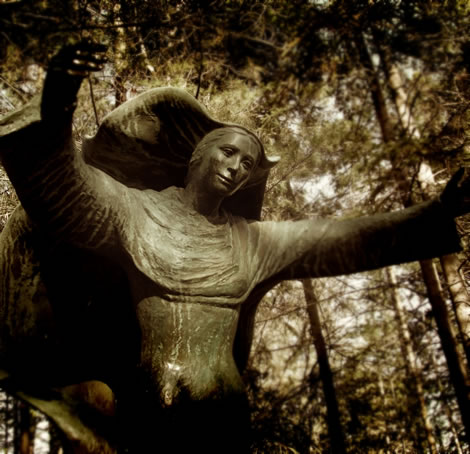 NOWHERE in the Gospels do we read Jesus instructing the Apostles that, once He departs, they are to form communities. Perhaps the closest Jesus comes to it is when He says, “This is how all will know that you are my disciples, if you have love for one another.” [1]cf. Jn 13:35

And yet, after Pentecost, the very first thing the believers did was form organized communities. Almost instinctively…

…those who owned property or houses would sell them, bring the proceeds of the sale, and put them at the feet of the Apostles, and they were distributed to each according to need. (First reading)

These Christian communities became the place where both spiritual and material needs were met since, “no one claimed that any of his possessions was his own, but they had everything in common… There was no needy person among them.” In these communities, they prayed, broke bread, shared the Lord’s Supper, learned the Apostles’ teachings, and encountered love. As it says in today’s Psalm, “holiness befits your house.” Indeed, the early Christian communities became a transcendent sign to the world around them as they forsook everything for the Gospel, even their very lives. They witnessed this spirit of poverty and detachment by their unity, solicitude for the poor, mercy toward sinners, and display of the power of God in signs and wonders:

So powerful became the witness of the community, that its structure became instrinsic to the growth of the Church. And yet, where does Jesus speak of these communities?

Well, He did point toward the power and necessity of community by being born into one: the family. And when He emerged from the desert “in the power of the Spirit,” [2]cf. Lk 3:14 Jesus formed the community of the Twelve Apostles. In fact, this little band of men were a hint at the coming sacramental nature that would belong to Christian community:

For where two or three are gathered together in my name, there am I in the midst of them. (Matt 18:20)

Thus, one could say that community is an “eighth sacrament” since Our Lord says He will be “in the midst of them.”

The Church in this world is the sacrament of salvation, the sign and the instrument of the communion of God and men. —Catechism of the Catholic Church, n. 780

All this is to say that the present crisis in the Church today, especially in Western nations, is a crisis of community. For the Second Vatican Council taught:

The absence of authentic communities, then, is a portent of the condition of the Church’s faith.

In our days, when in vast areas of the world the faith is in danger of dying out like a flame which no longer has fuel, the overriding priority is to make God present in this world and to show men and women the way to God… —Letter of His Holiness Pope Benedict XVI to All the Bishops of the World, March 10, 2009; Catholic Online

Many no longer believe because they no longer “taste and see the goodness of the Lord” present in their midst through authentic Christian community; for the body of Christ itself has become fractured by individualism. Our parishes, by and large, have become impersonal institutions that remain empty most of the week, devoid of those apostolic signs that mark the presence of the Spirit: true fraternity, a love of the Word of God, the exercise of the charisms, missionary zeal, and the increase in converts and vocations. The void has been filled, says Pope Francis, with ‘worldliness’ and ‘adulterated forms of Christianity.’ [3]cf. Evangelii Gaudium, n. 94

And thus, even against our will, the thought rises in the mind that now those days draw near of which Our Lord prophesied: “And because sin has abounded, the charity of many shall grow cold” (Matt. 24:12). —POPE PIUS XI, Miserentissimus Redemptor, Encyclical on Reparation to the Sacred Heart, n. 17

And so they are coming: new communities, set afire with the “flame of love” and necessity that will become homes for the hurting and field hospitals for the broken. They will come, as I wrote in The Convergence and the Blessing, by the power of the Holy Spirit through the intercession of the Immaculate Heart of Mary.

They will be birthed in the midst of great sorrows [4]cf. The Coming Refuges and Solitudes because it is only in this way that the prodigal sons of our times [5]cf. Entering the Prodigal Hour will distinguish the false communities of the world [6]cf. The False Unity for what they are, as opposed to the love of the Father’s house. These communities will find Jesus again through the love of true apostles and in the presence of the Holy Eucharist, [7]cf. Meeting Face to Face the source and summit of every human desire.

A renaissance is coming. Soon there will be a multitude of communities founded on adoration and presence to the poor, linked to each other and to the great communities of the church, which are themselves being renewed and have already been journeying for years and sometimes centuries. A new church is indeed being born… The love of God is both tenderness and fidelity. Our world is waiting for communities of tenderness and fidelity. They are coming. —Jean Vanier, Community & Growth, p. 48; founder of L’Arche Canada

Thank you for your support to continue
this full-time apostolate…