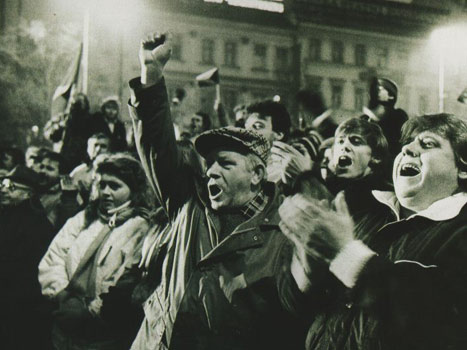 Dear brothers and sisters, this and the next writing deal with the Revolution spreading globally in our world. They are knowledge, important knowledge to understand what is taking place around us. As Jesus once said, “I have told you this so that when their hour comes you may remember that I told you.”[1]John 16:4 However, knowledge does not replace obedience; it does not substitute relationship with the Lord. So may these writings inspire you to more prayer, to more contact with the Sacraments, to a greater love for our families and neighbours, and to living more authentically in the present moment. You are loved.

THERE is a Great Revolution underway in our world. But many do not realize it. It is like an enormous oak tree. You don’t know how it was planted, how it grew, nor its stages as a sapling. Neither do you really see it continuing to grow, unless you stop and examine its branches and compare them to the year before. Nonetheless, it makes its presence known as it towers above, its branches blocking out the sun, its leaves obscuring the light.

So it is with this present Revolution. How it came to be, and where it is going, has been prophetically unfolded for us these past two weeks in the Mass readings.

THE TREES OF LIFE

On November 9th, we read of the “temple” from which water flowed like a river, giving life to fruit trees along its banks. “Every month they shall bear fresh fruit, for they shall be watered by the flow from the sanctuary.” This is a beautiful description of the Church that in every age produces saints whose “fruit shall serve for food, and their leaves for medicine.”

But while these trees grow, other trees takes root: that of the anti-tree. 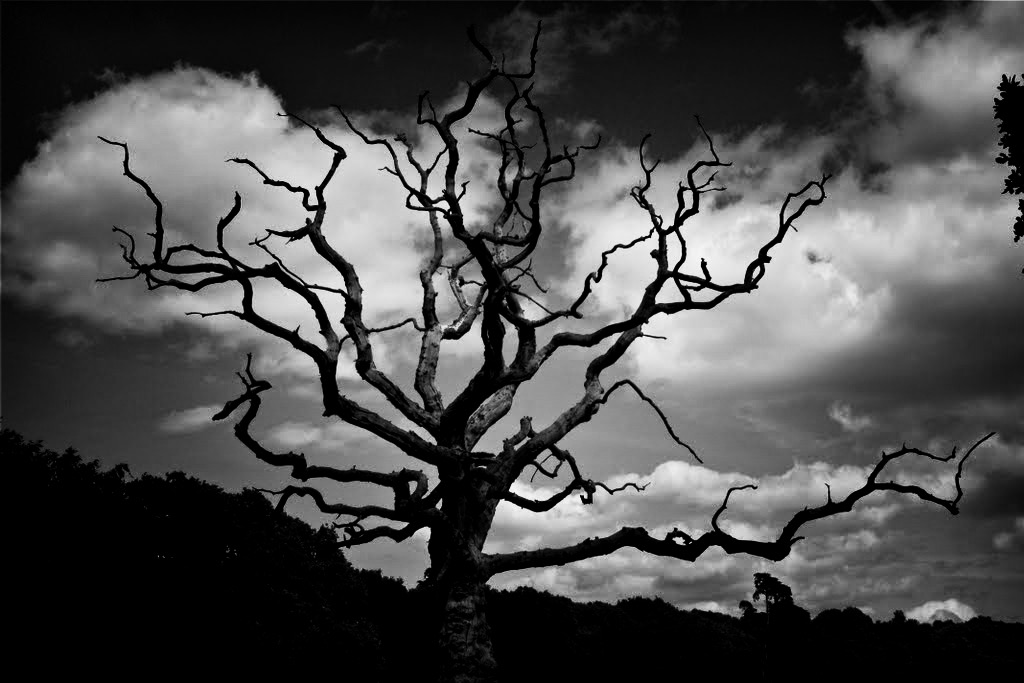 And thus, the Mass readings turn to the Book of Wisdom. We read how God can be discovered, not only in man himself…

…the image of His own nature he made him. (First reading, Nov. 10th)

…but He can also be recognized in creation itself:

For from the greatness and the beauty of created things their original author, by analogy is seen… For all creation, in its several kinds, was being made over anew, serving its natural laws, that your children might be preserved unharmed. (First reading, Nov. 13th; Nov. 14th)

However, the seedbed of revolution begins in rebellion, in those who ignore their conscience and turn from the evidence; who out of vanity, follow their own paralogisms.

…you judged not rightly, and did not keep the law, nor walk according to the will of God… (First reading, Nov. 11th)

“But those who trust in him shall understand truth.” [2]First reading, Nov. 10th For in “Wisdom is a spirit intelligent, holy, unique… she penetrates and pervades all things by reason of her purity.” [3]First reading, Nov. 12th Thus the seedbed of the Kingdom of God is obedience, the beginning of Wisdom.[4]cf. Psalm 111:10

As these two kinds of trees grow side by side, like weeds among the wheat, the saints increasingly appear as “clowns for Christ”, as men and women who are delusional, shallow, and weak, a waste of intelligence and potential. The “wise”, rather, are the “rational”, the “logical”, the “scientific.” Thus,

[The just] seemed, in the view of the foolish, to be dead; and their passing away was thought an affliction and their going forth from us, utter destruction. (First reading, Nov. 10th)

If the seedbed of revolution is properly prepared, if the soil conditions are right, if the roots of rebellion are nurtured with the right amount of doubt, discord, 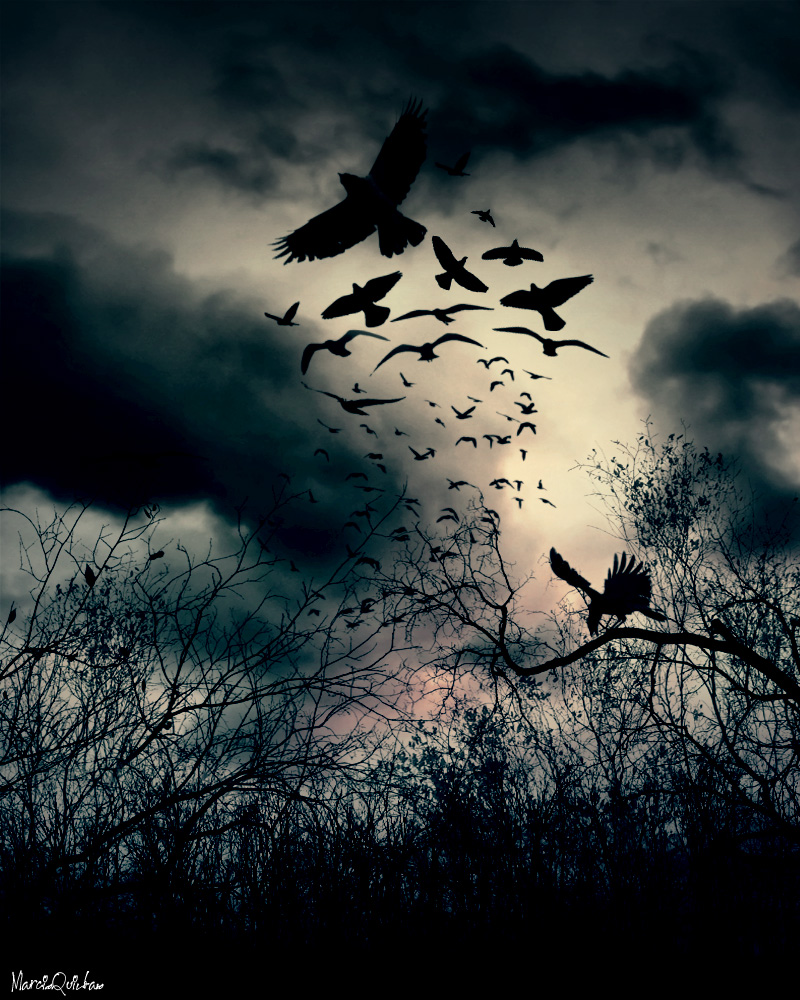 insecurity and uncertainty, then the anti-trees will grow enough to begin choking out the “trees of life.” That is, apostasy begins to spread in the Church, in those trees that were not firmly rooted in the soil of obedience, but have begun to give way to the spirit of compromise, of worldliness.

Let us go and make an alliance with the Gentiles all around us; since we separated from them, many evils have come upon us. (First reading, Nov. 16th)

And it is often when the faithful trees are falling in the forest of the Church, that room is then made for a key revolutionary to appear:

It is then that the revolution becomes a sweeping reform, using coercion and force to make all fall in line with the “sole thought”, the rule of the State:

It becomes, then, the moment of decision, the hour of sifting, the testing of faith—of persecution, the height of the revolution.

Whoever was found with a scroll of the covenant, and whoever observed the law, was condemned to death by royal decree. But many in Israel were determined and resolved in their hearts not to eat anything unclean; they preferred to die rather than to be defiled with unclean food or to profane the holy covenant; and they did die. (First reading, Nov. 16th)

It is the moment, not of the shame of the saints, but of their glory when they bear the most lush and abundant fruit. It is the moment of heroic witness.

Even if, for the time being, I avoid the punishment of men, I shall never, whether alive or dead, escape the hands of the Almighty. Ther
efore, by manfully giving up my life now… I will leave to the young a noble example of how to die 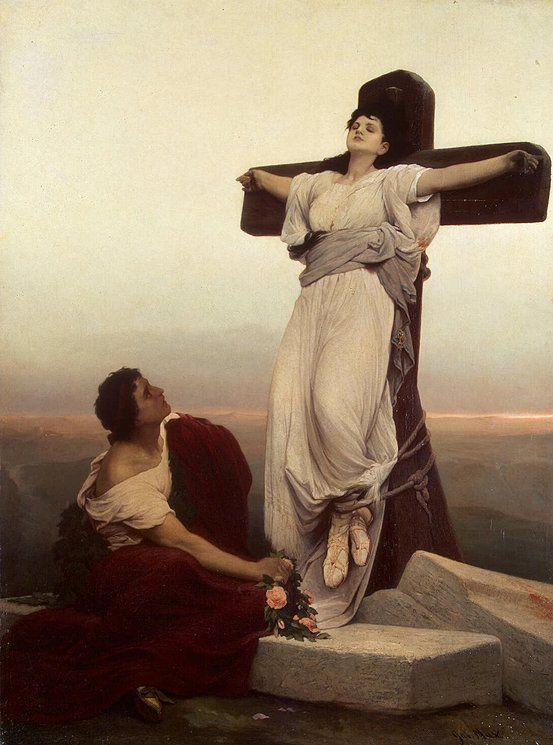 willingly and generously for the revered and holy laws… I am not only enduring terrible pain in my body from this scourging, but also suffering it with joy in my soul because of my devotion to him. (First reading, Nov. 17th)

I will not obey the king’s command. I obey the command of the law given to our fathers through Moses. But you, who have contrived every kind of affliction for the Hebrews, will not escape the hands 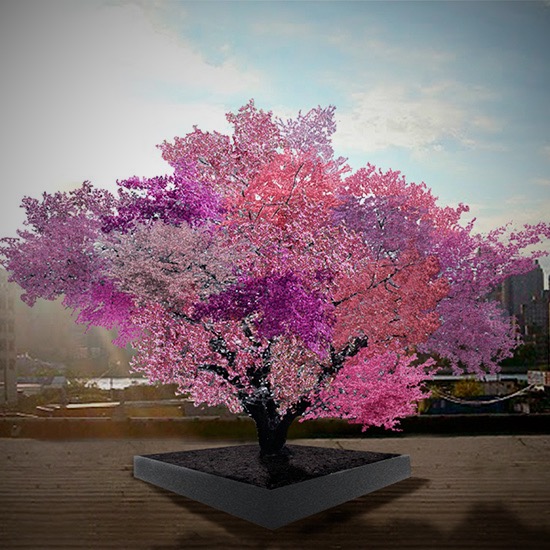 I and my sons and my kin will keep to the covenant of our fathers. God forbid that we should forsake the law and the commandments. We will not obey the words of the king nor depart from our religion in the slightest degree. (First reading, Nov. 19th)

Just as few notice the growth of a towering oak, so too, few have seen the Great Revolution unfolding in our time that began with the Enlightenment period in the 16th century, even though its shadow has cast a great darkness upon the entire world. It was then, when the soil 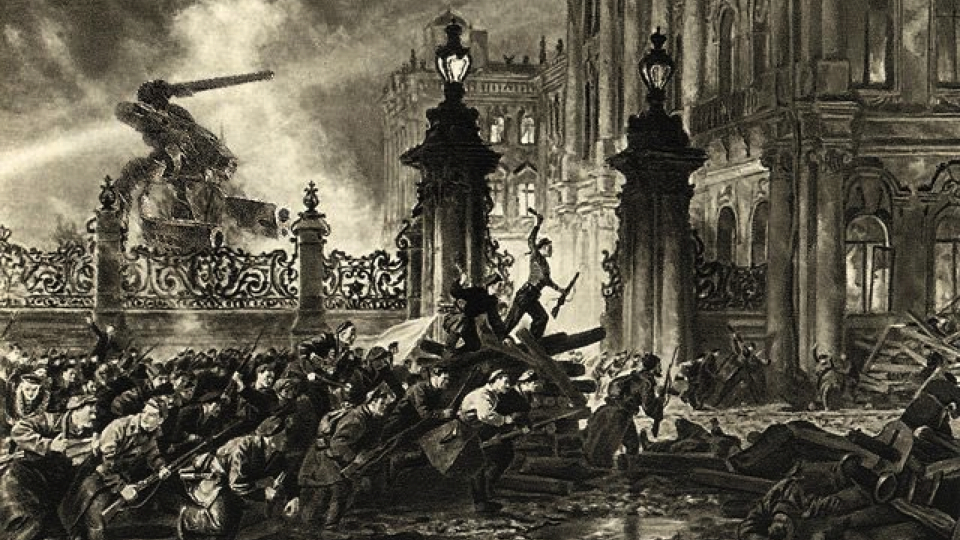 of discontent—discontent with the corruption in the Church, with corrupt monarchs, with unjust laws and structures—became the soil of revolution. It began with sophistries, philosophical lies and subversive ideas that took hold like seeds in soil. These seeds of worldliness matured and blossomed from mere paradigms, such as rationalism, scientism, and materialism, into larger anti-trees of Atheism, Marxism, and Communism whose roots choked out the place of God and religion. However…

A humanism which excludes God is an inhuman humanism. —POPE BENEDICT XVI, Caritas in Veritate, n. 78

And thus, we have arrived at the point where the anti-trees are now towering over the world, casting a shadow of inhumanity, a culture of death upon the entire globe. It is the hour when wrong is now right, and right is simply intolerable.

This struggle parallels the apocalyptic combat described in (Rev 11:19 – 12:1-6). Death battles against Life: a “culture of death” seeks to impose itself on our desire to 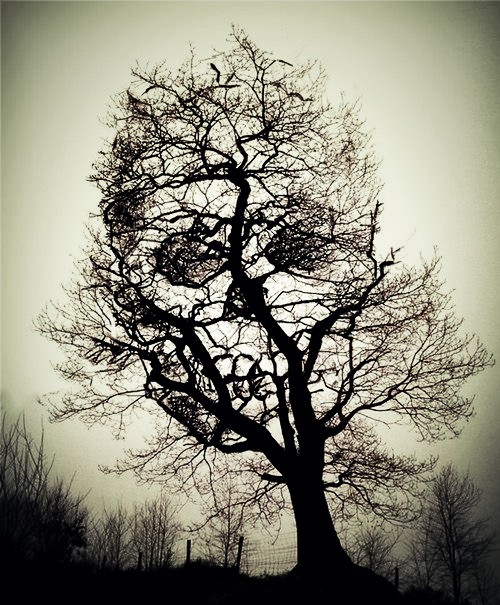 live, and live to the full… Vast sectors of society are confused about what is right and what is wrong, and are at the mercy of those with the power to “create” opinion and impose it on others… The “dragon” (Rev 12:3), the “ruler of this world” (Jn 12:31) and the “father of lies” (Jn 8:44), relentlessly tries to eradicate from human hearts the sense of gratitude and respect for the original extraordinary and fundamental gift of God: human life itself. Today that struggle has become increasingly direct. —POPE JOHN PAUL II, Cherry Creek State Park Homily, Denver, Colorado, 1993

It is now becoming the hour when those “trees of life” will be considered weeds that must be plucked and uprooted, and the gardens in which they grew to be cultivated, seeded over with the wild grass, and forgotten.

But as the Mass readings of these past days remind us, the saint’s blood becomes the seed of the Church—a triumph that began on the Cross and that can never be extinguished.

For if before men, indeed, they be punished, yet is their hope full of immortality; chastised a little, they shall be greatly blessed, because God tried them and found them worthy of himself. As gold in the furnace, he proved them, and as sacrificial offerings he took them to himself. In the time of their visitation they shall shine, and shall dart about as sparks through stubble; they shall judge nations and rule over peoples, and the Lord shall be their King forever… Now that our enemies have been crushed, let us go up to purify the sanctuary and rededicate it. (First reading, Nov. 10th; Nov. 20th) 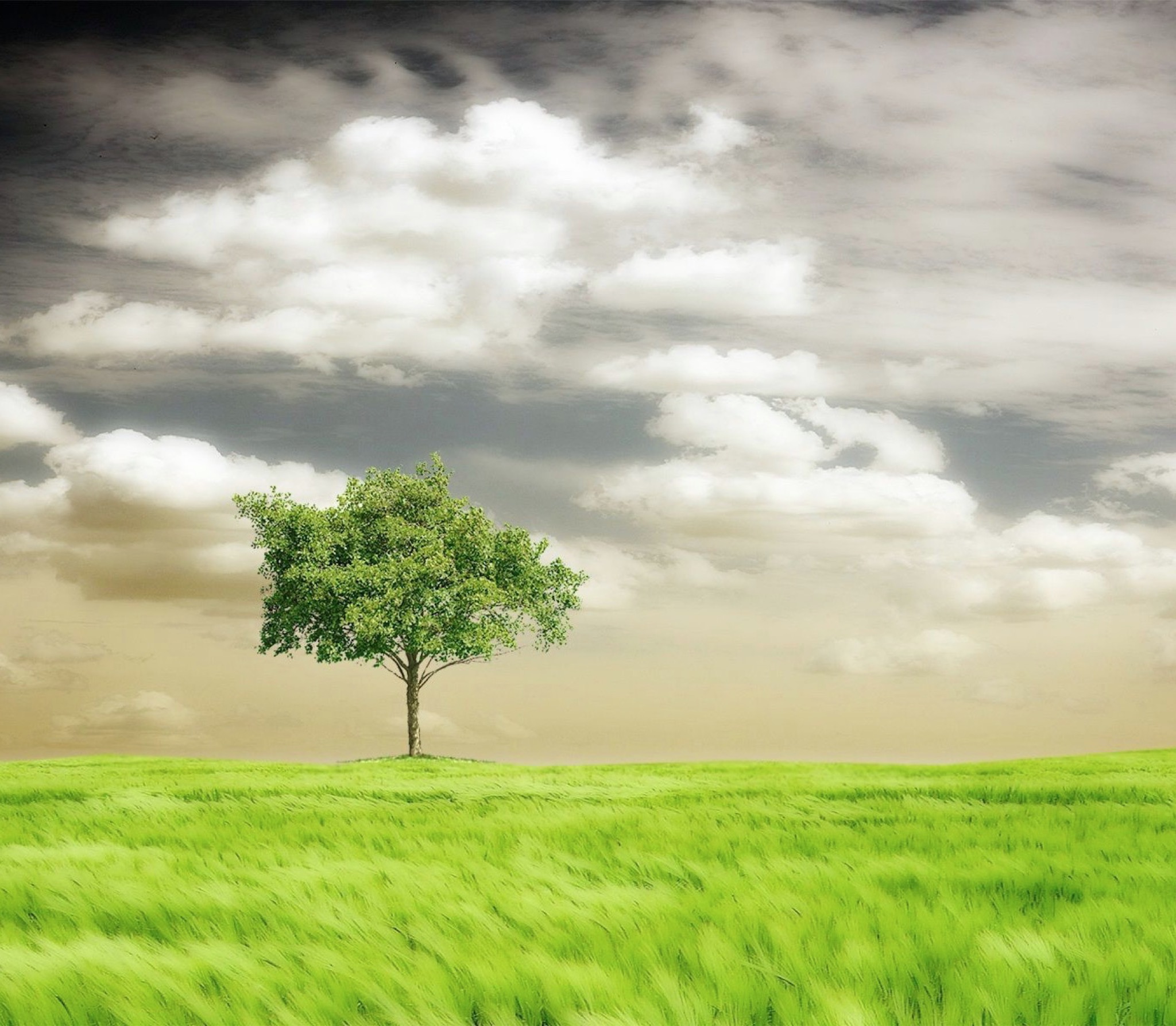 Thank you for your love, prayers, and support.