THE NOW WORD ON MASS READINGS
for April 8th, 2014
Tuesday of the Fifth Week of Lent 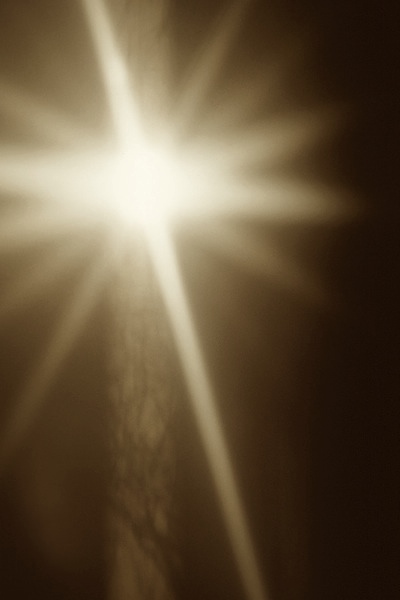 WHEN the people were being bitten by snakes as a punishment for their persistent doubting and complaining, they at last repented, appealing to Moses:

We have sinned in complaining against the LORD and you. Pray the LORD to take the serpents away from us.

But God didn’t take away the serpents. Rather, He gave them a remedy by which to be cured should they succumb to a poisonous bite:

Make a saraph and mount it on a pole, and whoever looks at it after being bitten will live…

Likewise, with the death and resurrection of Jesus, God has permitted evil and suffering to persist in the world. But He has also given mankind a true remedy to heal us of the poison of sin: the Cross.

For if you do not believe that I AM, you will die in your sins… When you lift up the Son of Man, then you will realize that I AM… (Today’s Gospel)

But why has the Lord allowed evil and suffering, “the mystery of iniquity”, to persist? Could the answer also be that it is the only thing that turns our eyes back to the Cross? That the presence of these “biting snakes” keeps us closer to Jesus when otherwise we would not be? Yes, the wound of original sin is so deep in mankind, only faith in God can help us to overcome it—and suffering is what drives us to the foot of the Cross.

For that was precisely what was broken in the Garden of Eden—trust in the Creator—and that is the only thing that will restore our relationship to Him (and thus restore creation).

Mankind will not have peace until it turns with trust to My mercy.   —Jesus to St. Faustina, Divine Mercy in My Soul, Diary, n. 300

Truly, the only remedy that has every proven to truly pacify nations, convert dictators, and transform barbarians has been when they at last bow their knee before the crucified Christ and believe. And so it is in our time: the serpents of sophistry are all around us, biting, poisoning and deceiving mankind for, once again, we have turned to false gods. So idolatrous have we become like the Israelites of old, that it would seem the only remedy left to this crumbling civilization is the same one prefigured when Moses raised it in the desert, the same one raised on Calvary, the same one that will shine as a brilliant light in the skies before all the nations: the Cross of Jesus Christ.

Before I come as the just Judge, I am coming first as the King of Mercy. Before the day of  justice arrives, there will be given to people a sign in the heavens of this sort: All light in the heavens will be extinguished, and there will be great darkness over the whole earth. Then the sign of the cross will be seen in the sky, and from the openings where the hands and the feet of the Savior were nailed will come forth great lights which will light up the earth for a period of time. This will take place shortly before the last day.  —Jesus to St. Faustina, Divine Mercy in My Soul, Diary, n. 83

The LORD looked down from his holy height, from heaven he beheld the earth, to hear the groaning of the prisoners, to release those doomed to die… (Today’s Psalm)