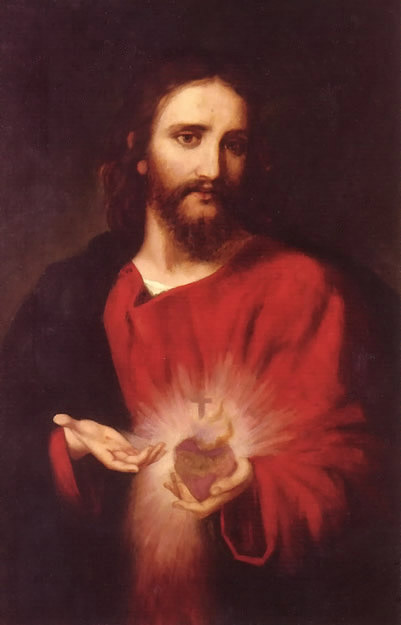 THE call of the Holy Father for the Church to become more of a “field hospital” to “heal the wounded” is a very beautiful, timely, and perceptive pastoral vision. But what exactly needs healing? What are the wounds? What does it mean to “welcome” sinners aboard the Barque of Peter?

Essentially, what is “Church” for?

When Jesus appeared among us, He said:

I came so that they might have life and have it more abundantly. (John 10:10)

If Jesus came to bring us life, it implies that we are somehow “dead.” And we know what this is already. I mean, people don’t need a catechism to know they are broken. Do you? We feel disorder in our very depths. Something isn’t right, and until someone shows us how to fix it, many will try to repair it on their own by self-help programs, 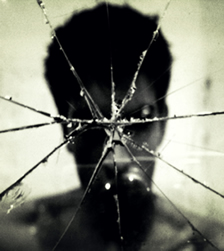 seeking therapy, New Age practices, the occult, parish yoga, psycho-analytic reading, or watching Dr. Phil. But when this fails (and it ultimately will, because what we are speaking of here is a spiritual wound requiring, therefore, an authentic spiritual remedy), one will try to medicate or dull the pain of restlessness, anxiety, guilt, frustration, compulsion, and fear, etc. by keeping busy, surfing the web, smoking, idle chit-chat, day-dreaming, seeking approval, shopping, pornography, alcohol, drugs, entertainment or whatever. The fruit of all this, however, is often self-loathing, depression, and a continuing cycle of destructive or suicidal tendencies. The fruit is a spiritual death. [1]cf. “For the wages of sin is death, but the gift of God is eternal life in Christ Jesus our Lord.” [Rom 6:23]

Miserable one that I am! Who will deliver me from this mortal body? (Rom 7:24)

These are the wounds that fester and grow and pull the human heart into a state of agony, and they are common to the entire human race. Why?

WE WERE MADE FOR LOVE

When God created the animal kingdom, He wrote in every creature the law of instinct according to their nature. I marvel at how kittens 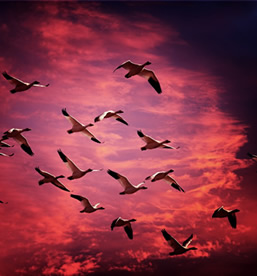 naturally want to hunt and pounce, or how geese know when to fly south, or how the earth begins to tilt the other way each summer or winter solstice. Each of these follows a law, whether it is instinct or gravity.

Humans are mere creatures too—but with a difference: we are made in the image of God, and God is love. [2]cf. 1 John 4:8 So in the human heart is written, not the law of instinct, but the law of love, which can be perceived by reason alone. We call it the “natural law.” St. Thomas Aquinas explains that it…

…is nothing other than the light of understanding infused in us by God, whereby we understand what must be done and what must be avoided. God gave this light and this law to man at creation. —cf. Summa Theologiae, I-II, q. 91, a. 2; Catechism of the Catholic Church, No. 1955.

So whenever we resist this light of truth and go our own way—what is called “sin”—we lose our spiritual “orbit” you could say. We saw this in the Garden of Eden. The first thing sin produces is an awareness that one’s dignity has somehow decayed.

Then the eyes of both of them were opened, and they knew that they were naked… (Gen 3:7)

The second effect of sin is the realization that one has broken harmony with the Creator—even if one does not know Him by name.

When they heard the sound of the Lord God walking about in the garden at the breezy time of the day, the man and his wife hid themselves from the Lord God among the trees of the garden. (Gen 3:8)

And it was for this that Jesus came: to liberate us from the power of sin, which is the source of our shame, by first taking it away; and then restoring us to friendship with the Father—to God’s “orbit.”

…you are to name him Jesus, because he will save his people from their sins. (Matt 1:21)

Indeed, Jesus said He did not come for the healthy, but for the sick, to call not “the righteous to repentance, but sinners.” [3]cf. Luke 5:31-32

HIS MISSION: OUR MISSION

Jesus is able to save us because He took the penalty of our sins, death, upon himself.

He himself bore our sins in his body upon the cross, so that, free from sin, we might live for righteousness. By his wounds you have been healed. (1 Peter 2:24)

It is clear, then, that sin is the sickness Jesus came to heal. Sin is the root of all our wounds. Thus, your mission and mine becomes the same one that Jesus announced in the temple: “he has anointed me to bring glad tidings to the poor. He has sent me to proclaim liberty to captives and recovery of sight to the blind, to let the oppressed go free.” [4]cf. Luke 4:18

We hear today the lingo that the Church must become “more welcoming,” that sinners must feel welcomed. But feeling welcomed is not an end in itself. Our mission as a Church is not to create a divine 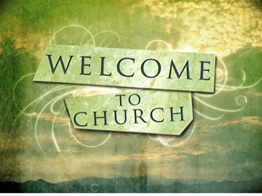 pajama party, but to make disciples. I cannot find any other word better suited to describe the “political correctness” that has seduced a great portion of the Church today as being nothing short of a calamity.

I think modern life, including life in the Church, suffers from a phony unwillingness to offend that poses as prudence and good manners, but too often turns out to be cowardice. Human beings owe each other respect and appropriate courtesy. But we also owe each other the truth—which means candor. —Archbishop Charles J. Chaput, O.F.M. Cap., Rendering Unto Caesar: The Catholic Political Vocation, February 23rd, 2009, Toronto, Canada

In his closing post-Synod speech, Pope Francis identified this…

…temptation to neglect reality, making use of meticulous language and a language of smoothing to say so many things and to say nothing!—POPE FRANCIS, Catholic News Agency, October 18th, 2014

Our mission, like Christ’s, is to seek the lost, to announce that they are loved by God, and that He alone has the power to free them from the miserable state that sin creates in every single one of us. [5]cf. John 3:16 Otherwise, if we stop at making others “welcome”; if we simply say “you are loved” and neglect to add “but you need to be saved”, then we are offering what the Pope also referred to as a “deceptive mercy”…

…binds the wounds without first curing them and treating them; that treats the symptoms and not the causes and the roots. It is the temptation of the “do-gooders,” of the fearful, and also of the so-called “progressives and liberals.” —POPE FRANCIS, Post Synodal speech, Catholic News Agency, October 18th, 2014

Our mission is to go without fear into the hearts of men with the warmth of love so that we can minister to them the grace and truth that will truly liberate them—when and if they put their faith in Jesus’ love and mercy. For grace and truth are the only true remedies that will counter the two effects of sin in the Garden, namely shame and division.

For by grace you have been saved through faith, and this is not from you; it is the gift of God. (Eph 2:8)

This is good news! We are bringing souls a gift. This is the “welcome” that we must make visible to others by our countenance, kindness, and unswerving love and patience. But let us also be realists: many do not want this gift; many do not want to face themselves or face the truth that would set them free (and they may persecute you for it). [6]cf. John 3:19-21 In this regard, we must also qualify what it means to be “welcoming”:

Yes, forgiveness is what the world needs, not pity! Compassion not 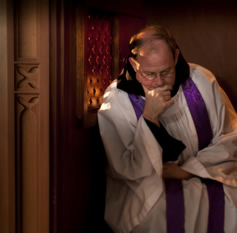 patronizing. Knowing that one can be forgiven, and that all one’s garbage can be taken out to the dump for good, will heal 95 percent of the wounds many of us carry around. My God… our confessionals are mostly empty. It’s a calamity! These are the surgical rooms of the “field hospital” that administer grace. If only souls knew the great healing that awaits them in the Sacrament of Reconciliation, they would go frequently—certainly more than they see their physician!

The other 5 percent, then, is the work of truth to help us walk in freedom by knowing what we need to do to stay in the Father’s orbit of friendship.

I see clearly that the thing the Church needs most today is the ability to heal wounds and to warm the hearts of the faithful; it needs nearness, proximity. I see the Church as a field hospital after battle. It is useless to ask a seriously injured person if he has high cholesterol and about the level of his blood sugars! You have to heal his wounds. Then we can talk about everything else. Heal the wounds, heal the wounds…. And you have to start from the ground up. —POPE FRANCIS, interview with AmericaMagazine.com, September 30th, 2013

Thus, mercy, authentic mercy, is what will “warm” the hearts of others and make them feel genuinely welcome. And authentic mercy has two faces: ours and Christ’s. We must first show others the mercy God has shown us.

For if we have received the love which restores meaning to our lives, how can we fail to share that love with others? —POPE FRANCIS, Evangelii Gaudium, n. 8

In this way, we also expose the face of Christ, which is Divine Mercy. Because only Jesus can set us free from the power of sin that wounds unto death.

Be not afraid of your Savior, O sinful soul. I make the first move to come to you, for I know that by yourself you are unable to lift yourself to me. Child, do not run away from your Father; be willing to talk openly with your God of mercy who wants to speak words of pardon and lavish his graces on you. How dear your soul is to Me! I have inscribed your name upon My hand; you are engraved as a deep wound in My Heart. —Jesus to St. Faustina, Divine Mercy in My Soul, Diary, n. 1485

Bless you for your support!
Bless you and thank you!