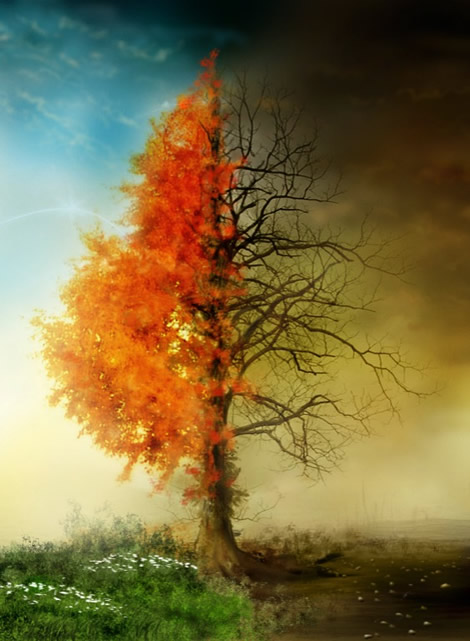 “THERE is one terrible truth in Christianity that in our times, even more than in previous centuries, arouses implacable horror in the heart of man. That truth is of the eternal pains of hell. At the mere allusion to this dogma, minds become troubled, hearts tighten up and tremble, passions become rigid and inflamed against the doctrine and the unwelcome voices that proclaim it.” [1]The End of the Present World and the Mysteries of the Future Life, by Fr. Charles Arminjon, p. 173; Sophia Institute Press

Those are the words of Fr. Charles Arminjon, written in the 19th century. How much more do they apply to the sensitivities of men and women in the 21st! For not only is any discussion of hell off limits to the politically correct, or deemed manipulative by others, but even some theologians and clergy have concluded that a merciful God could not permit an eternity of such torture.

That is unfortunate because it does not change the reality that hell is for real.

Heaven is the fulfillment of every authentic human desire, which can be summed up as the desire for love. But our human concept of what that looks like, and how the Creator expresses that love in the beauty of Paradise, falls as short of what Heaven is as much as an ant falls short of being able to reach up and touch the hem of the universe. 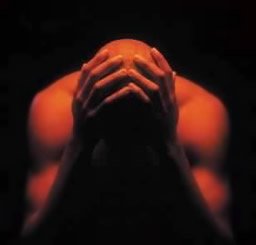 It is the loss of His presence, His mercy, His grace. It is a place to which the fallen angels were consigned, and subsequently, where souls likewise go who refuse to live according to the law of love on earth. It is their choice. For Jesus said,

Hell, according to several Church Fathers and Doctors, is believed to be at the center of the earth, [2]cf. Luke 8:31; Rom 10:7; Rev 20:3 though the Magisterium has never made a definitive pronouncement in this regard.

Jesus never shied away from speaking of hell, which St. John described as a “lake of fire and sulphur.” [3]cf. Rev 20:10 In His discussion on temptation, Jesus warned that it would be better to cut off one’s hands than sin—or lead the “little ones” into sin—than with two hands “go into Gehenna into the unquenchable fire… where ‘their worm does not die, and the fire is not quenched.'” [4]cf. Mark 9:42-48

Drawing from centuries of mystical and near-death experiences by non-believers and saints alike who were briefly shown hell, the descriptions of Jesus were not exaggerations or hypebole: hell is what He said it is. It is an eternal death, and all the consequences of the absence of life.

THE LOGIC OF HELL

In fact, if hell does not exist then Christianity is a sham, the death of Jesus was in vain, the moral order loses its foundation, and goodness or evil, in the end, make little difference. For if one lives his life now indulging in evil and selfish pleasure and another lives his life in virtue and self-sacrifice—and yet both end up in eternal bliss—then what motive is there to be “good”, other than perhaps to avoid prison or some other discomfort? Even now, for the fleshly man who believes in hell, the flames of temptation easily overcome him in a moment of intense desire. How much more would he be overcome if he knew that, eventually, he would share the same joys as Francis, Augustine, and Faustina whether he indulged himself or not?

What is the point of a Savior, much less one who has condescended to man and suffered the most horrible of tortures, if in the end we are 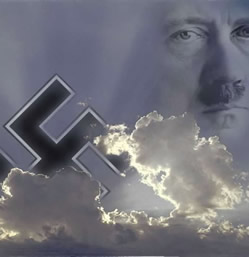 all saved anyway? What is the fundamental purpose of a moral order if the Neros, Stalins and Hitlers of history will nevertheless receive the same rewards as the Mother Teresas, Thomas Moores, and saintly Franciscans of the past? If the reward of the greedy is the same as the selfless, then really, so what if the joys of Paradise are, at worst, slightly delayed in the scheme of eternity?

No, such a Heaven would be unjust, says Pope Benedict:

Grace does not cancel out justice. It does not make wrong into right. It is not a sponge which wipes everything away, so that whatever someone has done on earth ends up being of equal value. Dostoevsky, for example, was right to protest against this kind of Heaven and this kind of grace in his novel The Brothers Karamazov. Evildoers, in the end, do not sit at table at the eternal banquet beside their victims without distinction, as though nothing had happened. —Spe Salvi, n. 44, vatican.va

Despite the protests of those who imagine a world without absolutes, the knowledge of the existence of hell has moved more men to repentance than many good sermons. The mere thought of an everlasting abyss of sorrow and suffering has been enough for some to deny an hour’s pleasure in lieu of an eternity of pain. Hell exists as the last teacher, the final signpost to save sinners from a horrific plunge from their Creator. Since every human soul is eternal, when we leave this earthly plane, we live on. But it is here that we must choose where we will live forever.

THE GOSPEL OF REPENTANCE

The context of this writing is in the wake of the Synod in Rome that has (thankfully) brought about an examination of conscience in many—both orthdox and progressives—who have lost sight of the true mission of the Church: to evangelize. To save souls. To save them, ultimately, from eternal damnation.

If you wish to know how serious sin is, then look at a crucifix. Look upon the bleeding and broken body of Jesus to understand the meaning of the Scriptures:

But what profit did you get then from the things of which you are now ashamed? For the end of those things is death. But now that you have been freed from sin and have become slaves of God, the benefit that you have leads to sanctification, and its end is eternal life. For the wages of sin is death, but the gift of God is eternal life in Christ Jesus our Lord. (Rom 6:21-23)

Jesus took upon Himself the wages of sin. He paid them out in full. 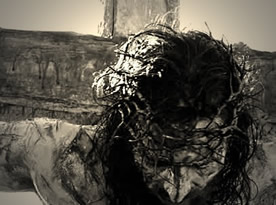 He descended to the dead, and breaking the chains that barred the doors of Paradise, He paved a way to eternal life for everyone who puts their trust in Him, and all He asks of us.

For God so loved the world that he gave his only Son, so that everyone who believes in him might not perish but might have eternal life. (John 3:16)

But for those who recite these words and yet neglect the end of that chapter, they do not only a disservice to souls, but risk becoming the very obstacle that prevents others from entering eternal life:

Whoever believes in the Son has eternal life, but whoever disobeys the Son will not see life, but the wrath of God remains upon him. (John 3:36)

The “wrath” of God is His justice. That is, the wages of sin remain for those who do not receive the gift that Jesus offers them, the gift of His mercy that takes away our sins through forgiveness—which then implies that we will follow Him according to the natural and moral laws that teach us how to live. The goal of the Father is to draw every single human being into communion with Him. It is impossible to be in union with God, who is love, if we refuse to love.

For by grace you have been saved through faith, and this is not from you; it is the gift of God; it is not from works, so no one may boast. For we are his handiwork, created in Christ Jesus for the good works that God has prepared in advance, that we should live in them. (Eph 2:8-9)

When it comes to evangelization, then, our message remains incomplete if we neglect to warn the sinner that hell exists as a choice we make by persistence in serious sin rather than “good works.” It is God’s world. It is His order. And we will all be judged some day as to whether we chose to enter into His order or not (and oh, how He has gone to every length possible to restore the life-giving order of the Spirit within us!).

However, the emphasis of the Gospel is not the threat, but the invitiation. As Jesus said, “God did not send his Son into the world to condemn the world, but that the world might be saved through him.” [5]cf. John 3:17 St. Peter’s first homily after Pentecost expresses this perfectly:

Repent therefore, and turn again, that your sins may be blotted out, that times of refreshing may come from the presence of the Lord… (Acts 3:19)

Hell is like a dark shed with a rabid dog behind its doors, ready to destroy, terrorize, and devour whoever enters. It would hardly be 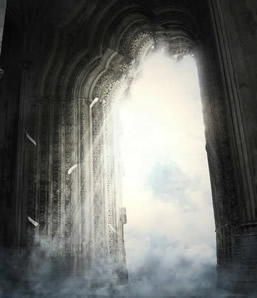 merciful to let others wander into it for fear of “offending” them. But our central message as Christians is not what lies there, but beyond the garden doors of Heaven where God awaits us. And “he will wipe away every tear from their eyes, and death shall be no more, neither shall there be mourning nor crying nor pain any more…” [6]cf. 21:4

And yet, we also fail in our witness if we convey to others that Heaven is “then”, as if it does not begin now. For Jesus said:

Eternal life can begin in one’s heart here and now, just as much as eternal death, and all its “fruits”, begins now for those who indulge in the empty promises and hollow glamour of sin. We have millions of testimonies from drug addicts, prostitutes, murderers, and little laymen like me who can attest that the Lord lives, His power is real, His word is true. And His joy, peace, and freedom awaits all those who put their faith in Him today, for…

Indeed, what will convince others most of the veracity of the Gospel message is when they “taste and see” the Kingdom of God in you… 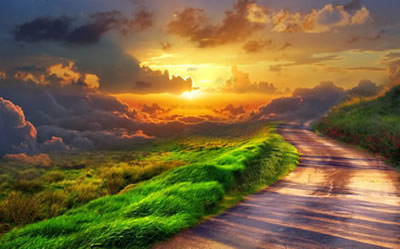