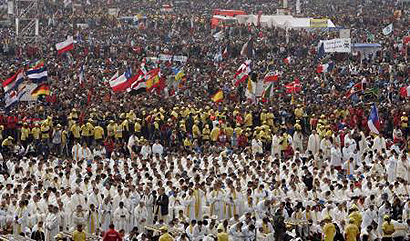 BILLIONS of people have come and gone in the past two millennium. Those who were Christians awaited and hoped to see the Second Coming of Christ… but instead, passed through the doorway of death to see Him face to face.

It is estimated that some 155 000 people die each day, and slightly more than that are born. The world is a revolving door of souls.

Have you ever wondered why Christ’s promise of His return has been delayed? Why billions have come and gone in the period since His Incarnation, this 2000-year-long “final hour” of waiting? And what makes this generation any more likely to see His coming before it passes away?