THE NOW WORD ON MASS READINGS
for March 18th, 2014
Tuesday of the Second Week of Lent
St. Cyril of Jerusalem 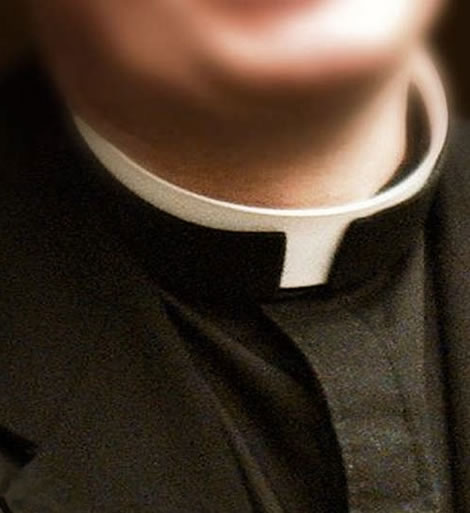 “SO why do you Catholics call priests “Fr.” when Jesus expressly forbids it?” That’s the question I am frequently asked when discussing Catholic beliefs with evangelical Christians.

They are referring to today’s Gospel passage where Jesus says:

Since nearly every Christian of every denominational stripe calls their parent “father” or “dad,” we already see this injunction being broken. Or is it?

The question is whether or not Jesus meant this literally. Because most evangelical Christians do not take literally Christ’s words: “If your right eye causes you to sin, pluck it out” —as they shouldn’t—or His words: “My flesh is true food and my blood true drink”—when they should. The key is not to intepret Scripture subjectively, but always to learn what the Church practiced and taught, and continues to teach.

Christ could not have meant this injunction literally when He in turn uses the term in a parable, saying, “Father Abraham”. [1] Likewise, St. Paul uses the title to apply to Abraham as the father of many nations, adding: “He is our father in the sight of God.” [2] But Paul goes further, applying the title to himself as a spiritual father when he was among the Thessalonians: “As you know, we treated each one of you as a father treats his children.” [3] And he wrote to the Corinthians, saying:

Even if you should have countless guides to Christ, yet you do not have many fathers, for I became your father in Christ Jesus through the gospel. (1 Cor 4:15)

So too, Paul also employes the term “master” when he writes: “Masters, treat your slaves justly and fairly, realizing that you too have a Master in heaven.” [4] As for the term “Rabbi”, which means teacher, what evangelical Christian has not used that title? In fact, the Latin word for teacher is “doctor.” Yet, many evangelical Christians regularly refer to some of their more renowned leaders as such, like Dr. Billy Graham, Dr. James Dobson or Dr. Bill Bright.

So what did Jesus mean? All of today’s readings address hypocrisy. In the case of the Pharisees, they arrogated to themselves a position of power over the people that was an abuse of their authority. They loved to be seen as an end in themselves: the teacher; the spiritual father; the master over the people. But Jesus teaches that all authority begins and ends with the Father, and that titles are only a service to the one true Teacher, Father, and Master.

…there is no authority except from God, and those that exist have been instituted by God. (Rom 13:1)

In that regard, we have been given a beautiful example and witness, in my lifetime for certain, in our last four popes. The word “pope” comes from the Latin papa, which means “father.” These men, despite holding the chief office in the Church, have in their own way and teaching style pointed to the Heavenly Father by calling us continually to serve Jesus and our neighbor—and not themselves.

All of us are called to renounce ourselves, our positions of power and prestige (to decrease so that Jesus may increase), so that others will likewise come to the knowledge of “Our Father, who art in heaven….”