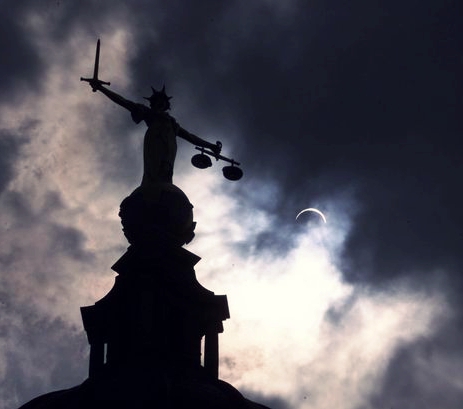 POPE Francis has thrown open wide the “doors” of the Church in this Jubilee of Mercy, which has passed the halfway mark as of last month. But we might be tempted to deep discouragement, if not fear, as we see not a repentance en masse, but the rapid degeneration of the nations into extreme violence, immorality, and really, a whole-hearted embrace of an anti-gospel.

In today’s first reading, Ahab and Jezebel stand as powerful symbols of the rich and powerful who rule today through “blood” and “seduction.” Indeed, the express goals in order to achieve global Communism were to use the excesses of “capitalism” and “perversion” in order to corrupt the West, and pave the way for world-wide domination by the powerful few. [1]cf. The Fall of Mystery Babylon As one of the “last” leaders of the Soviet Union, Michel Gorbachev addressed the Soviet Politburo in 1997, saying:

Gentlemen, comrades, do not be concerned about all you hear about Glasnost and Perestroika and democracy in the coming years. They are primarily for outward consumption. There will be no significant internal changes in the Soviet Union, other than for cosmetic purposes. Our purpose is to disarm the Americans and let them fall asleep. —from Agenda: the Grinding Down of America, documentary by Idaho Legislator Curtis Bowers; www.vimeo.com

Mission accomplished. The “culture of death” now reigns supreme, just as Ahab took hold of Naboth’s vineyard after Jezebel had him put to death. All that remains is for the collapse of the present system so that a new order may rise from its ashes.

The Lord says: after murdering, do you also take possession? (First reading)

That is, none of this has escaped the Heavenly Father’s eyes. While this generation has no doubt aroused God’s justice, He always looks at us through the eyes of compassion, and thus, patience. For this generation is like the prodigal son at that moment when he has spent everything on his passions, and now stands in the face of famine and certain disaster. Indeed, The Seven Seals of Revolution are about to be definitively opened, which are simply mankind reaping what he has sown—much like the prodigal son reaped a harvest of sorrow. God will permit this in order that, after having sunken into the “pig pen” of despair, we might come to our senses and return home.

And that is not to say that God is not going to intervene. Indeed, the blood of the unborn and the martyrs cries out to the heavens.

They cried out in a loud voice, “How long will it be, holy and true master, before you sit in judgment and avenge our blood on the inhabitants of the earth?” Each of them was given a white robe, and they were told to be patient a little while longer until the number was filled of their fellow servants and brothers who were going to be killed as they had been. (Rev 6:10)

Just as the prodigal son had an “illumination of conscience”, so too, God is going to grant this generation a “warning” as well, according to several Catholic mystics, many who have ecclesial “approval.” [2]cf. The Great Liberation Indeed, after the martyrs cry out, the sixth seal is broken, and the entire world experiences a “great shaking” that alerts them to the arrival of the “day of the Lord.” For as God revealed to St. Faustina:

We may be tempted to call down justice upon the heads of today’s Ahabs and Jezebels. But we have to resist this temptation to become judges, despite the horror of apostasy around us. Rather, this is the hour for us to act as mediators, even of those who hate us.

Jesus said to his disciples: “You have heard that it was said, You shall love your neighbor and hate your enemy. But I say to you, love your enemies and pray for those who persecute you…” (Today’s Gospel)

Each day the sun rises is another day in which God the Father awaits the return of the prodigal sons and daughters of this broken world. That is the purpose of this present Jubilee:

He never tires of casting open the doors of his heart and of repeating that He loves us and wants to share His love with us. The Church feels the urgent need to proclaim God’s mercy. Her life is authentic and credible only when she becomes a convincing herald of mercy. She knows that her primary task, especially at a moment full of great hopes and signs of contradiction, is to introduce everyone to the great mystery of God’s mercy by contemplating the face of Christ. The Church is called above all to be a credible witness to mercy, professing it and living it as the core of the revelation of Jesus Christ. —POPE FRANCIS, Bull of Indiction of the Extraordinary Jubilee of Mercy, April 11th, 2015, www.vatican.va

So be perfect, as your heavenly Father is perfect. (Today’s Gospel)

But I am not perfect. And it is in this self-knowledge of my own misery that I find the desperate need to drink from the “spring” of Mercy, flowing from the heart of Christ through Confession. Through this personal encounter of His Mercy, I am able then to become “the face of Christ” insofar as I reveal to others the ineffable love that I myself have encountered.

Have mercy on me, O God, in your goodness; in the greatness of your compassion wipe out my offense. (Today’s Psalm)

One may be tempted to call down justice upon this “wicked and perverse generation.” But Jesus reminds us in the Gospel that “he makes his sun rise on the bad and the good, and causes rain to fall on the just and the unjust.” God loves us all—every one of us. Even the evil Ahab garnered the Lord’s mercy.

While the sun
is still shining, then—while the doors of Mercy are still open—let us become intercessors for the prodigal sons and daughters of our time. For God’s justice is coming; a purification of the world can no longer be thwarted. But neither can Mercy, He who leaves the ninety-nine righteous sheep to look for the lost lamb… yes, up until the very last moment.

In this Jubilee Year, may the Church echo the word of God that resounds strong and clear as a message and a sign of pardon, strength, aid, and love. May she never tire of extending mercy, and be ever patient in offering compassion and comfort. May the Church become the voice of every man and woman, and repeat confidently without end: “Be mindful of your mercy, O Lord, and your steadfast love, for they have been from of old” (Ps 25:6). —POPE FRANCIS, Bull of Indiction of the Extraordinary Jubilee of Mercy, April 11th, 2015, www.vatican.va

May I suggest to add to your daily prayers this little invocation of Our Lady of All Nations. The Vatican approved these words—a sign in itself of their importance:

Lord Jesus Christ, Son of the Father,
send now Your Spirit over the earth.
Let the Holy Spirit live in the hearts
of all nations, that they may be preserved
from degeneration, disaster and war.

May the Lady of All Nations,
the Blessed Virgin Mary,
be our Advocate. Amen.