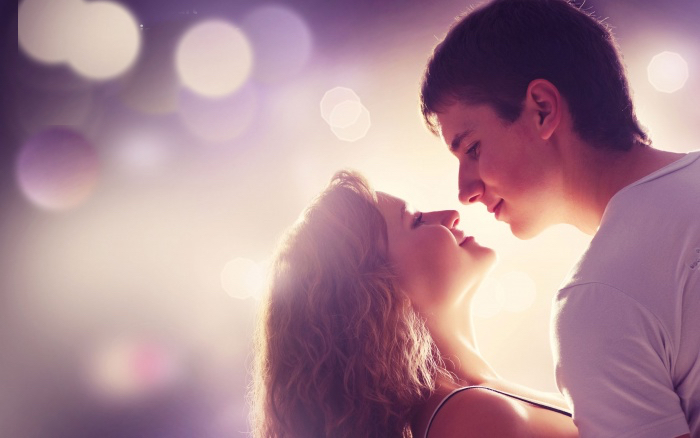 LIVING on the farm, the fecundity of life is everywhere. On any given day, you could walk out the back door and see horses or cattle mating, cats purring for a partner, pollen blowing off a Spruce tree, or bees pollinating flowers. The impetus to create life is written in every living creature. In fact, in most of the animal and plant kingdom, creatures and organisms exist, as it were, to reproduce, propagate, and do it all over again the next year. Sex is an integral and beautiful part of creation. It is a living miracle day in and day out as we witness before our very eyes the powerful “Word” at the dawn of creation continuing to ripple throughout the universe:

THE LAW OF LIFE

After creating the world and filling it with life, God said He would do something even greater. And that is create something, or rather, someone who would be made in His very image.

Like the rest of creation, the human race was conceived according to the “rhythm of nature” with the command to “be fertile and multiply” but with the addition to “fill the earth and subdue it.” [1]Gen 1:28 Mankind, sharing in the very nature of God, was set as steward and master over all creation—and that mastery includes, therefore, his very own created body.

What was his body intended for? To be fertile and multiply. Clearly, our genitals bear a truth all on their own. That is to say that a “natural law” is written in creation, written into our very bodies.

The natural law is nothing other than the light of understanding placed in us by God; through it we know what we must do and what we must avoid. God has given this light or law at the creation. —Catechism of the Catholic Church, n. 1955

And that law says that our sexuality is foremost for reproduction. A man produces seed; a woman produces an egg; and when united, the man and woman produce a unique life. Therefore, the natural law 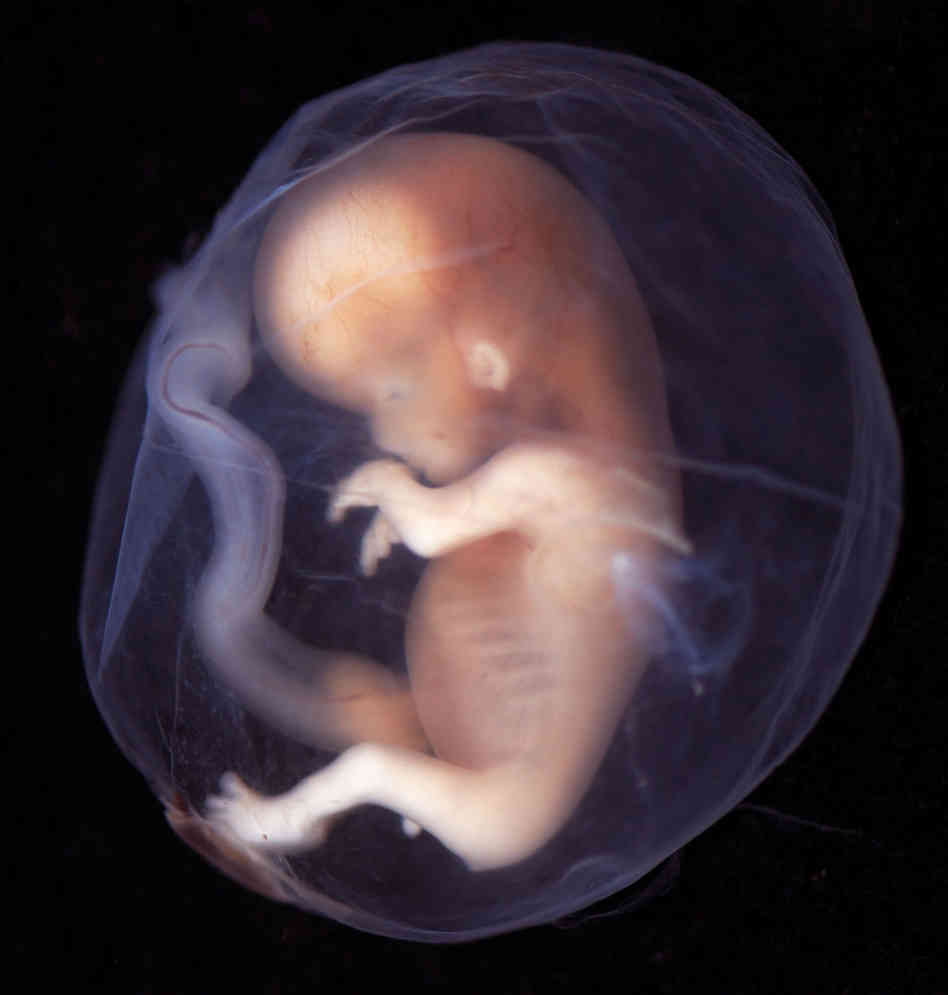 dictates that our sexual organs are designed to reproduce life. That is a simple law patterned generally throughout all of creation, and man is no exception to it.

However, what would happen if the animal and plant kingdom disobeyed the laws by which they are governed? What if they ceased to follow the instincts by which they are driven? What would happen to those species? What would happen if the moon ceased to follow its orbit around the earth, and the earth its orbit around the sun? What consequences would unfold? Clearly, it would endanger the existence of those species; it would endanger life on earth. The “harmony” of creation would be broken.

Likewise, what would happen if man and woman ceased to follow the natural laws which are written into their very own bodies? What would happen if they purposely interfered with these functions? The consequences would be the same: a break in harmony that brings disorder, negates life, and even produces death.

MORE THAN A CREATURE

To this point, I have only addressed man and woman as essentially another species. But we know that man and woman are more than a mere “animal”, more than a “by-product of evolution”. [2]read Charlie Johnston’s wonderful commentary on the fraud of Darwinism: “Reality is a Stubborn Thing”

Man is not a lost atom in a random universe: he is God’s creature, whom God chose to endow with an immortal soul and whom he has always loved. If man were merely the fruit of either chance or necessity, or if he had to lower his aspirations to the limited horizon of the world in which he lives, if all reality were merely history and culture, and man did not possess a nature destined to transcend itself in a supernatural life, then one could speak of growth, or evolution, but not development.—POPE BENEDICT XVI, Caritas in Veritate, n.29

That is to say again that man and woman are made “in the image of God.” Unlike animals, man has been given a soul that he did not and cannot create by himself since the soul is the “spiritual principle” [3]CCC, n. 363 of man.

…every spiritual soul is created immediately by God—it is not “produced” by the parents… —CCC, n. 365

Our soul is what sets us apart from all creation: that is, we are also spiritual beings. According to the Catechism, ‘The unity of the soul and body is so profound that one has to consider the soul to be the 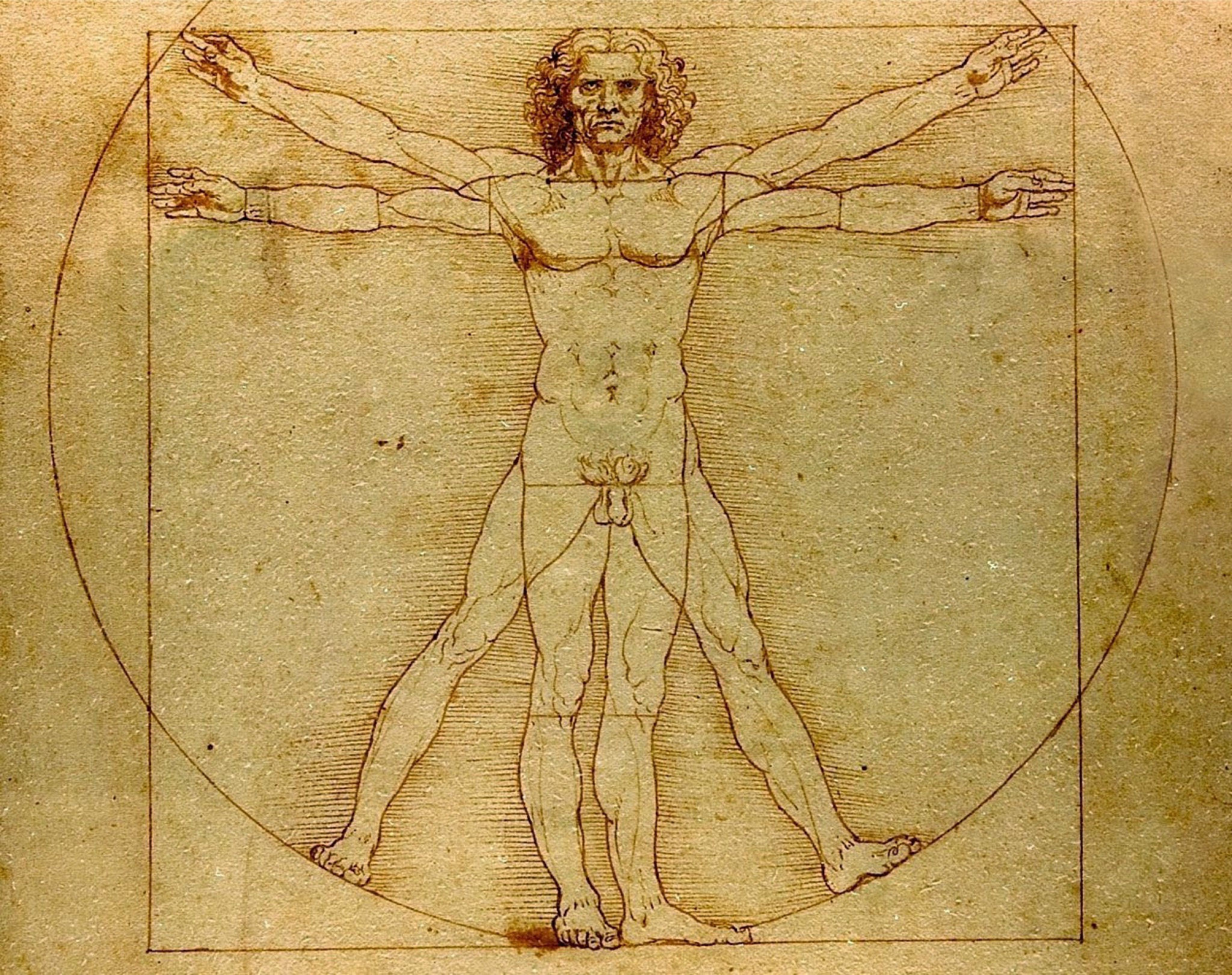 “form” of the body…their union forms a single nature.’ [4]CCC, n. 365 The reason we are created as such is pure gift: God created us in His image for himself in order that we could share in His love. And thus, ‘Of all visible creatures, only man is “able to know and love his creator.”’ [5]CCC, n. 356

As such, our sexuality, then, takes on a “theology”. Why? Because if we are created “in the image of God”, and our soul and body form a single nature, then our bodies are part of the reflection of the “image of God.” This “theology” is just as important as the “natural law” explained above, and in fact flows from it. For while the natural law informs the purely biological function of our human sexuality and to some extent our relationship to one another (i.e. a male organ is designed for a female organ and therefore the basis of a relationship between the two sexes), the theology of our bodies explains their spiritual significance (and therefore the nature of the relationship between the two sexes). Thus , the theology and natural law that governs our bodies are likewise “one.” When we understand this, then we can begin to categorize sexual activities into moral categories of what is right, and what is wrong. This is essential because to go against the natural law is to break a harmony within ourselves and with God that can leave no other consequence than the loss of inner peace, which in turn leads to a break in harmony with one another. [6]cf. Will You Leave Them for Dead?

THE THEOLOGY OF THE BODY

Turning again to Genesis, note that it says of both male and female:

That is, together, “male” and “female” reflect the image of God. 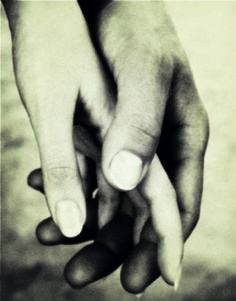 Although man and woman are part of creation, we are set apart because man and woman, together, form His very image. Not only man as such, not only woman as such, but rather man and woman, as a couple, are the image of God. The difference between them is not a question of contrast or subordination, but instead of communion and generation, always in the image and semblance of God. —POPE FRANCIS, Rome, April 15th, 2015; LifeSiteNews.com

Therefore, ‘the respective “perfections” of man and woman reflect something of the infinite perfection of God… not that God left them half-made and incomplete: he created them to be a communion of persons… equal as persons… and complementary as masculine and feminine.’ [7]CCC, n. 370, 372 It is in this complementary that we discover the theology within our sexual natures.

God is love in the interior life itself of the one divinity. This love is revealed as an ineffable communion of Persons. —Valutazioni su Max Scheler in Metafisica della persona, p. 391-392; quoted in Conjugal Chastity in Pope Wojtyla by Ailbe M. O’Reilly, p. 86

Love, as the divine essence, is expressed as such:

The Father who begets loves the Son who is begotten, and the Son loves the Father with a love which is identical with that of the Father… But their mutual Gratification, their reciprocal Love, proceeds in them and from them as a person: The Father and the Son “spirate” the Spirit of Love consubstantial with them. —POPE JOHN PAUL II, cited in Conjugal Chastity in Pope Wojtyla by Ailbe M. O’Reilly, p. 86

From the Love of the Father and Son a third Person proceeds, the Holy Spirit. Thus, man and woman, made in the image of God, also reflect this divine essence through both body and soul (since they constitute one nature): a man and woman so completely love one another, body and soul, that from this 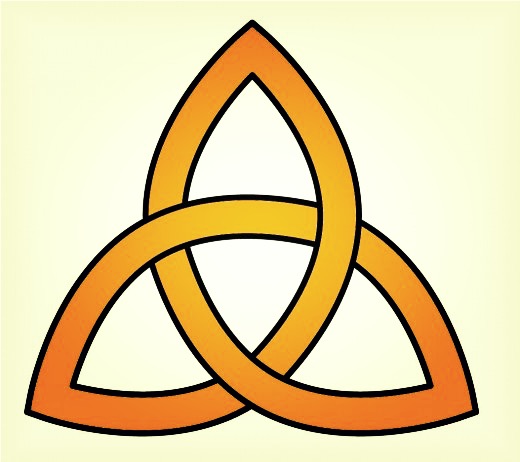 reciprocal love proceeds a third person: a child. Furthermore, Our sexuality, expressed in marriage—which is the reflection of the oneness and unity of God—is a pattern of the Trinity’s interior life.

Indeed, so profound is this union between man and woman that Scripture says, “the two of them become one flesh.” [8]Gen 2:24 Through sex, their bodies truly become “one”, as it were; and this unity extends to the soul. As St. Paul writes:

…do you not know that anyone who joins himself to a prostitute becomes one body with her? For “the two,” it says, “will become one flesh.” (1 Cor 6:16)

Thus, we have the basis for monogamy: marital union with a single other. This union is what is called “marriage”. It’s exclusivity is founded on the fact that the two become one. To break that “covenant” then

is to break the bond that occurs between a man and a woman that runs deeper than skin and bones—it goes to the very heart and soul. No book of theology or canon law is necessary for a man or woman to understand the depth of betrayal that occurs when that bond is broken. For it’s a law that, when broken, breaks the heart.

Finally, the creation of other persons within this marital bond generates a new society called the “family.” And thus is formed a unique and irreplaceable cell in the continuity of the human race.

The definition of marriage, then, proceeds from both the natural law and theology of the body. Marriage pre-dates the State, is not defined by the State, nor can it be, since it proceeds from an order established by God Himself from “the beginning.” [9]cf. Gen 1:1; 23-25 Thus the Supreme Courts throughout the world have only one task in this regard: to reject any redefinition of that which cannot be redefined.

In the next part, we continue our thought by reflecting on the need for morality or a “moral code” since the natural law de facto creates one.